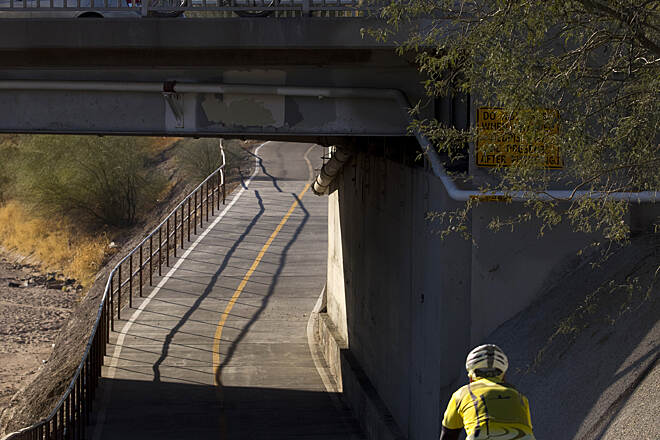 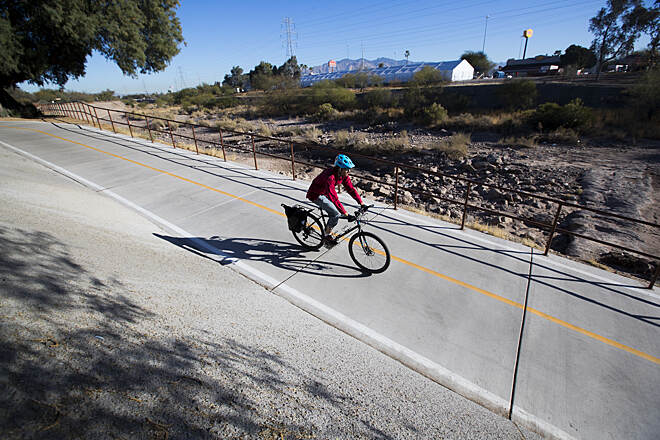 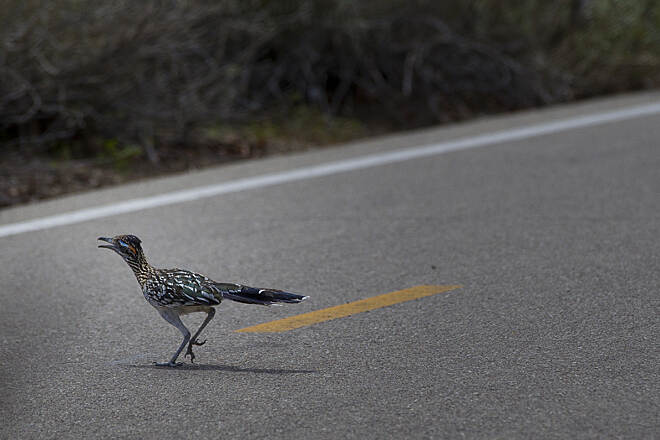 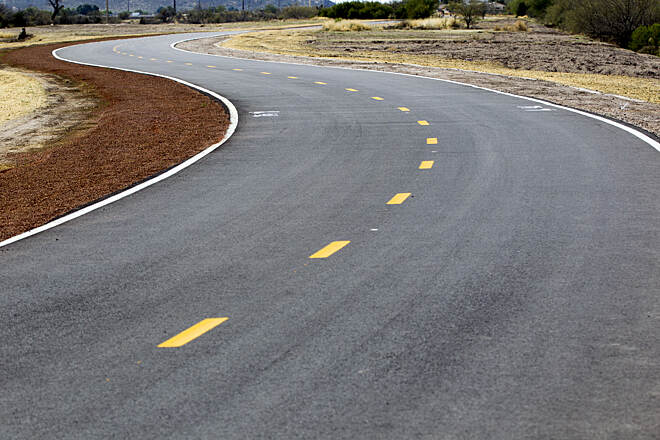 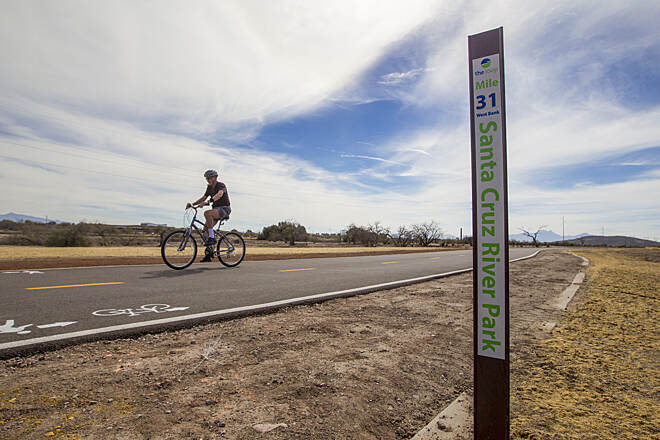 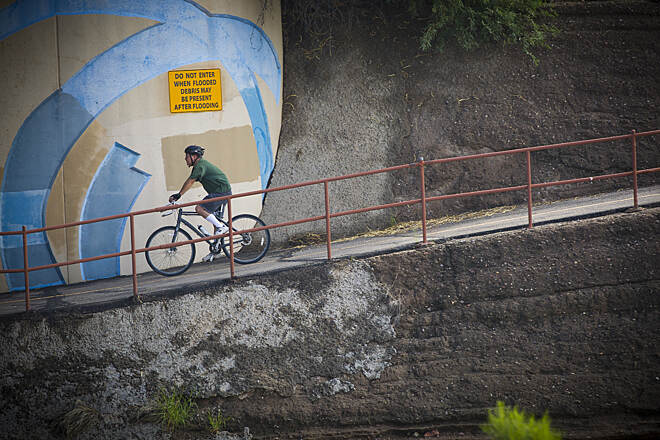 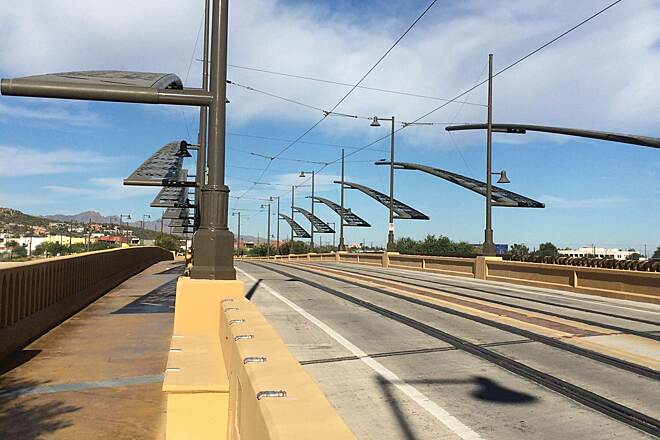 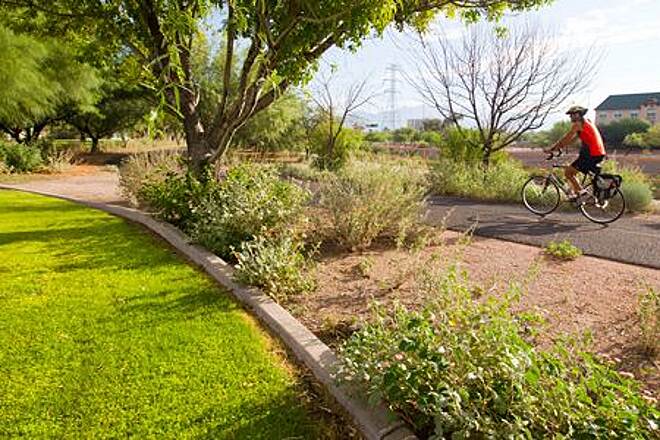 Much of the paved trail is paralleled by a soft-surface path preferred by equestrians and joggers. The greenway is also part of a larger trail network called The Loop that will one day encompass 130 miles of trail throughout Tucson.

You can access the Santa Cruz River Park Trail wherever it crosses a road. Parking is available at the following locations:

Nice trail without a lot of road crossings. It's open now (as of my writing this review) north to a small neighborhood park with water and shade called El Rio Park that's just north of Twin Peaks Road.

There is only one major road crossing on this path which extends from 29th/Silverlake Rd north to El Rio Park - that crossing is at Ina Rd. You have to head west over the bridge and rejoin the trail.

There are a couple of places between Orange Grove Rd and Ina that you have to pay attention to where the trail detours - just keep heading north until you get to a parking lot area (south of Ina) where there's a restroom - you'll see arrows directing you south to get back on the trail that follows along a pretty stretch of the Santa Cruz until you get the Ina crossing. Have fun!

Here's a link to a map of the Tucson Loop Trail System: http://www.pima.gov/TheLoop/documents/pdfs/The_Loop_Map_0512.pdf