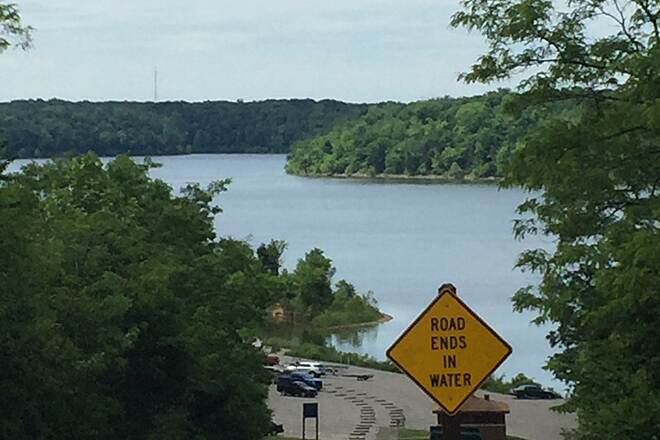 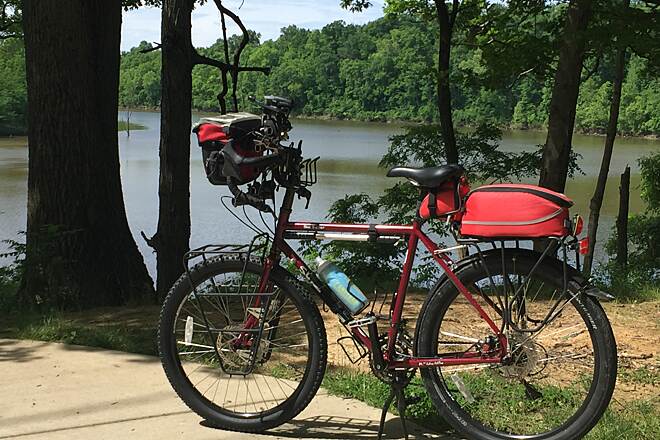 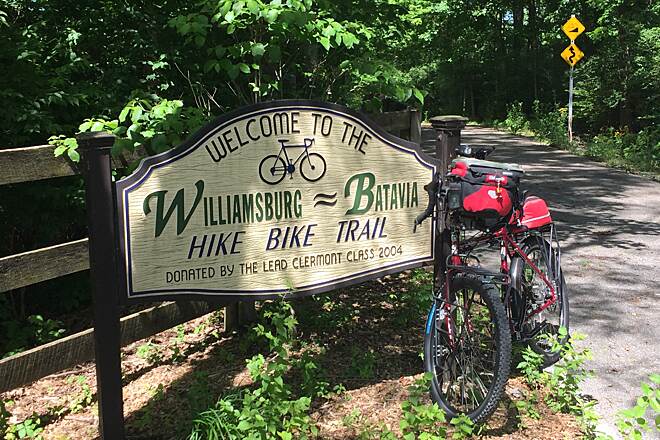 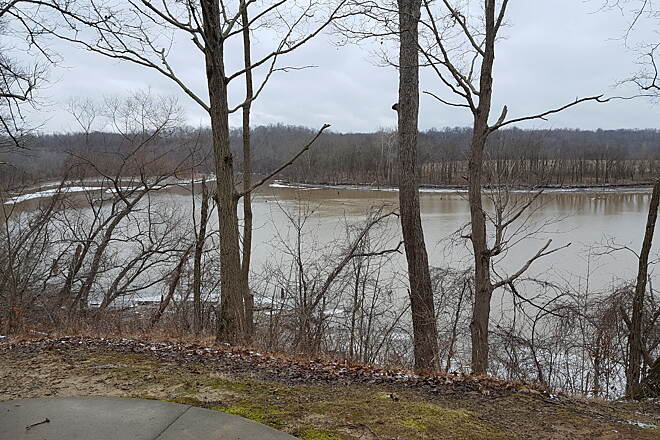 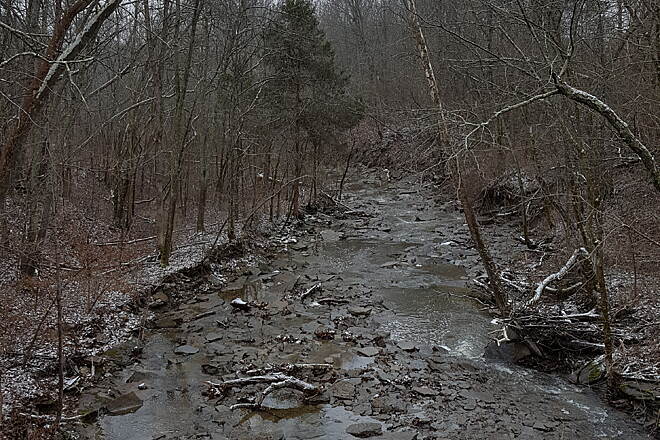 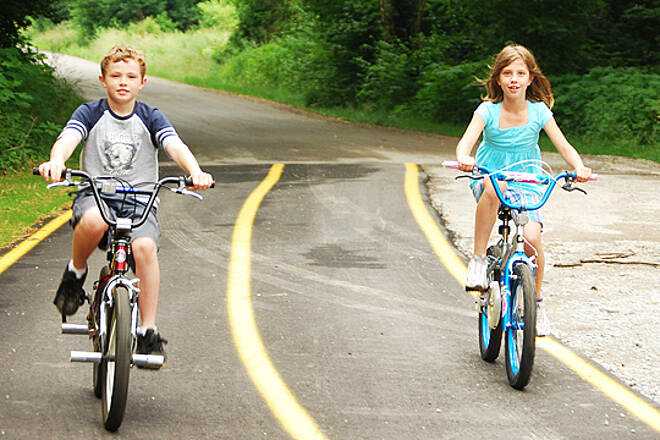 The Williamsburg to Batavia Hike/Bike Trail connects its two namesake communities on a paved route that winds through East Fork Wildlife Area and along scenic William Harsha Lake. The experience is both off-road (utilizing abandoned roads) and shared-road (on Williamsburg-Bantam Road). Equestrians are permitted on the portion of the trail that follows Williamsburg-Bantam Road.

Plans are to extend it farther to the William H. Harsha Lake Dam for a total of 15 miles. As of 2015, about a third of the trail is complete.

Parking is available on the eastern end of the trail in Williamsburg at the Harmony Hill Museum (Third Street and Lytle Avenue), Community Park, and the trailhead at the intersection of Third and Main Streets.

This trail is pleasant with some really nice views. Depending on where you start riding expect some moderate to severe hills. If you aren’t familiar with the area the trail might be a little confusing, just watch for signs.

A Hilly Trail With Potential

I rode this trail during the last week of May, 2017. The Williamsburg to Batavia Hike Bike Trail is a planned 13.5-15 mile trail that will link these two Ohio towns and also provide access to parts of the East Fork State Park and the Harsha Lake Reservoir. Currently, there is about 5.5 miles of this trail completed. I parked at the East Fork State Park Campground Entrance and rode out to Williamsburg and back and then out to the other trail endpoint at Zagar Road. There is an additional trail section that is not yet open (gated) that goes to Greenbriar Road which I also biked. Future plans for the trail are to use Greenbriar Road to connect to Batavia and other parts of the Harsha Lake Reservoir via Slade Road. Whether these roads end up being abandoned like Williamsburg Bantam Road is unknown by me.

I found this route confusing as the map given to me by the park ranger at the campground was just in black and white and did not distinguish between park roads, abandoned roads or trails. She simply highlighted the route and suggested that the trail toward Batavia followed the park roads at least as far as the trail has been completed. You will find that there a number of climbs between the campground and Williamsburg. In hindsight, had I paid more attention to the map sign in Willamsburg, I may have actually ridden a bit further down Greenbriar road to see if the Slade Road portion of the trail was accessible.

Blacktop all the way. Some moderate hills. More enjoyable or easier to walk, than bike. Very scenic along Little Miami. Lots of trees. Take a friend along. Very remote area.

My grandson and I rode our bikes on the trail. Too many hills. My sister and I walked the trails and it was really enjoyable. Enjoyed the walk not the bike ride.

Just try to find a Williamsburg citizen who can direct you to the trail from the published parking areas...NOT!! We parked at Community Park. Choose the Harmony Hill historic site instead and head west on Lytle Ave. Turn south on Broadway and find the start of the trail. Head downhill to the first road that goes through the East Fork wilderness to the lake. You can go through the campground if you can negotiate steep hills. We could not in our tandem recumbent trike. Very pretty scenery and no one around.