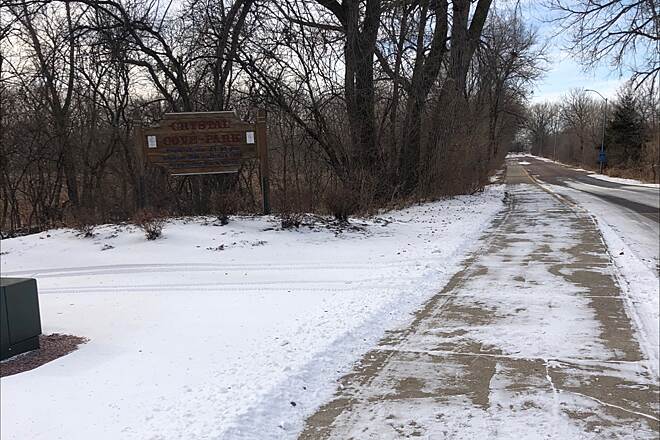 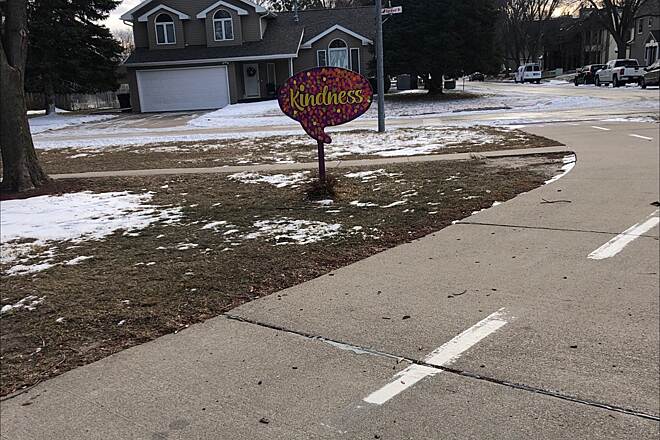 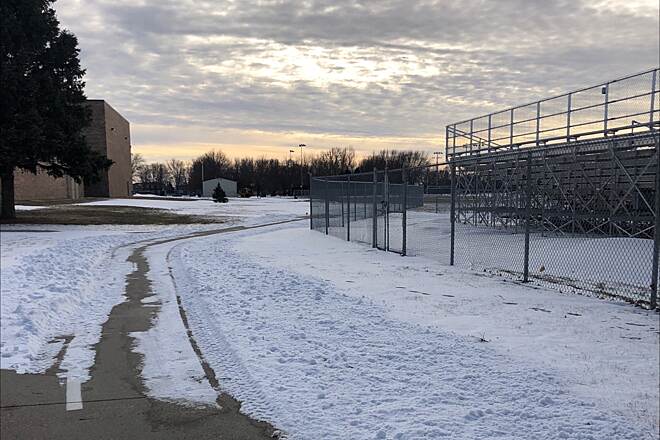 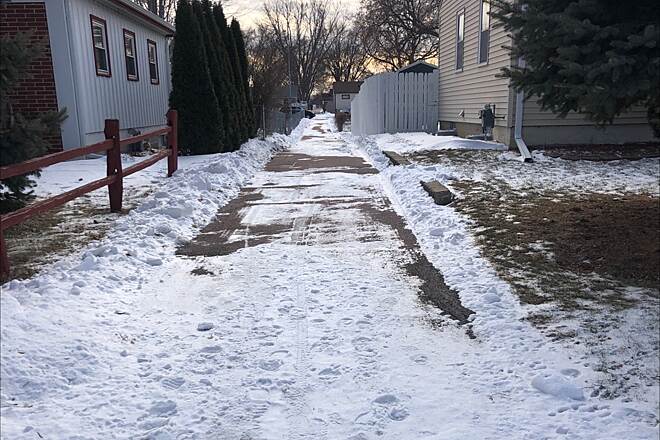 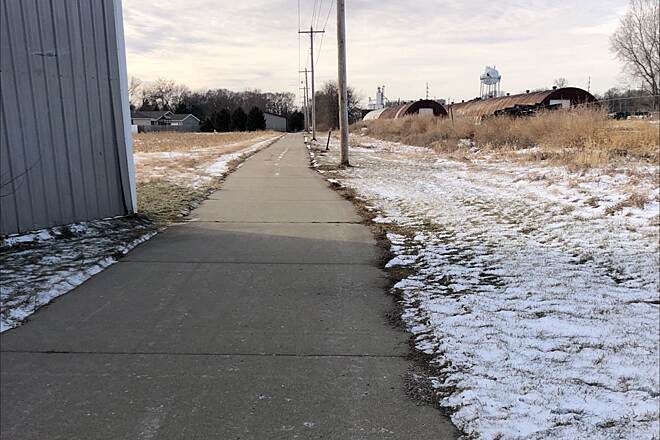 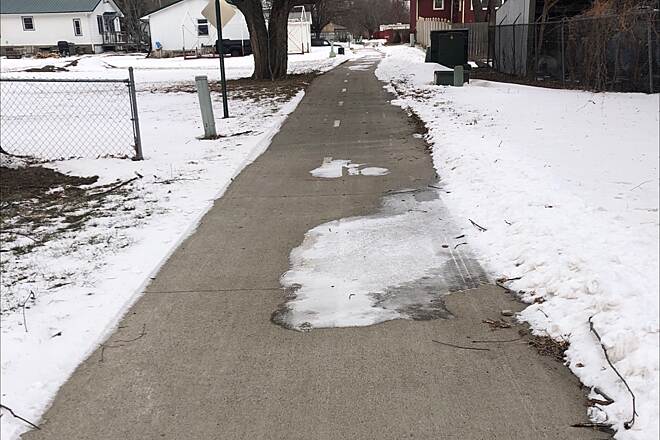 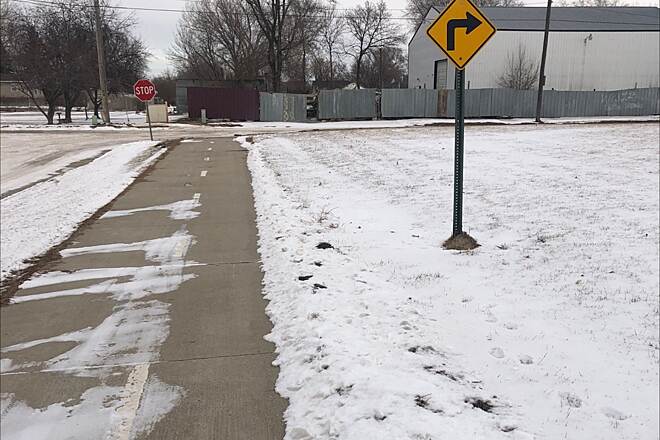 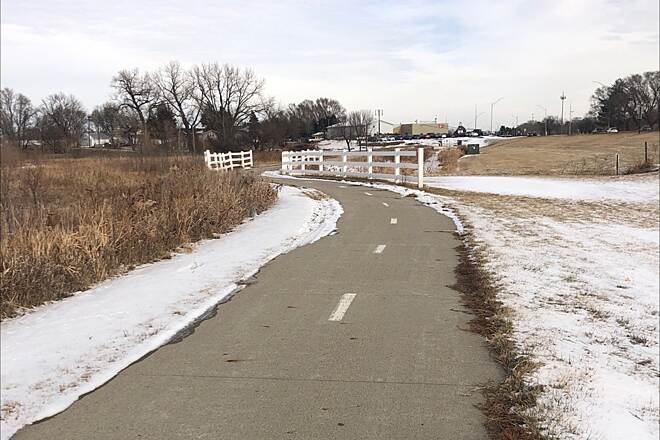 The Al Bengtson Trail offers a network of 22 miles of connecting paved pathways and shared-roadway routes throughout South Sioux City in northeastern Nebraska. The trail's northern end skirts the Missouri River, where Iowa's Sioux City lies just on the other side. Some sections have their own individual names as well, such as the Atokad Bike Trail, which opened in 2018.

The trail system has been developing and expanding since its first mile opened in the late 1970s. In 2002, the trail network was dedicated in honor of Al Bengtson, a five-term councilman and longtime civic leader who championed the trail project.

Along the way, travelers will have views of the river, shady tree-lined corridors, fields of corn, and quiet residential neighborhoods. The trail also connects several parks, including Scenic Park, Cardinal Park, and Crystal Cove Park. The latter offers a fishing lake, playground, and 18-hole disc golf course. Other recreational amenities, like the local YMCA and the Jeffery Dible Soccer Complex, are also linked by the pathway. In winter, the route is plowed for year-round access.