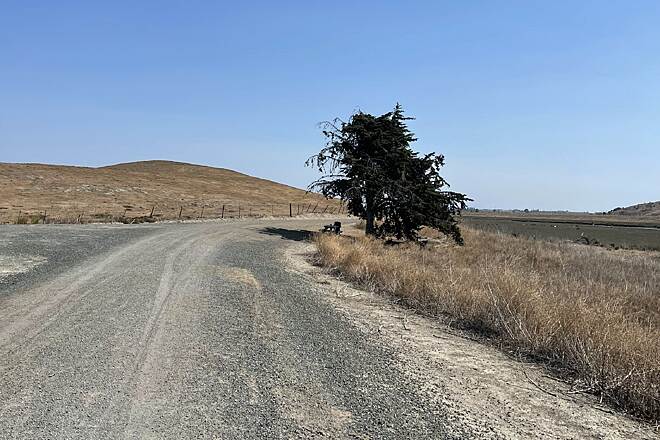 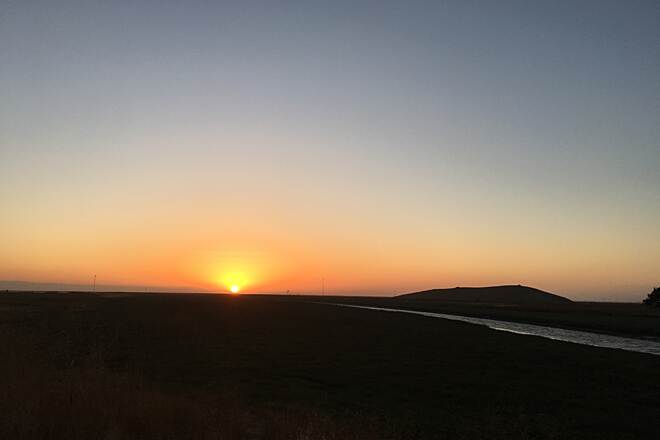 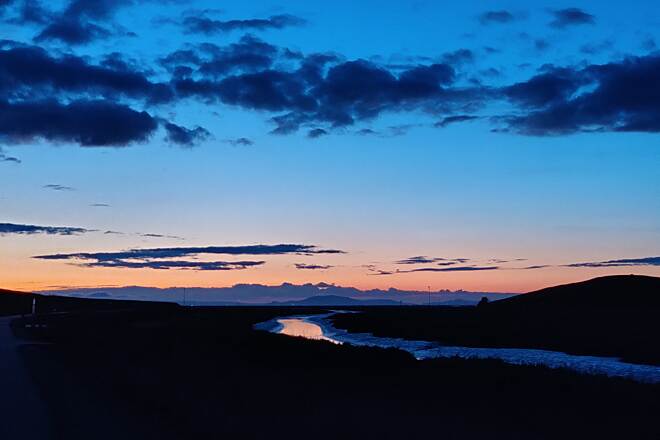 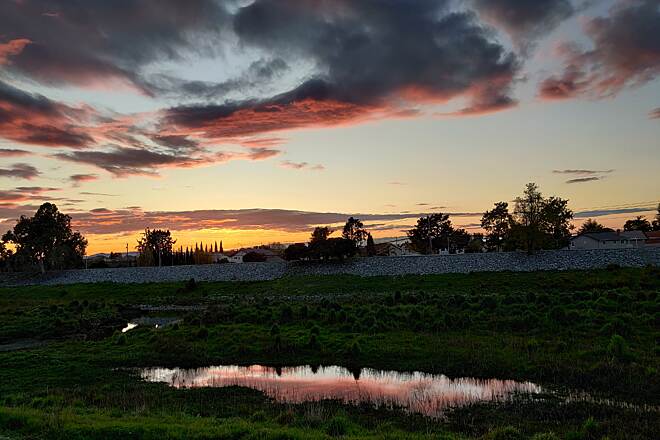 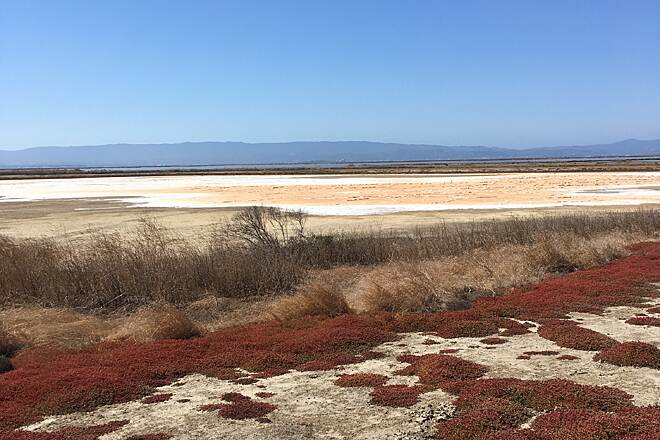 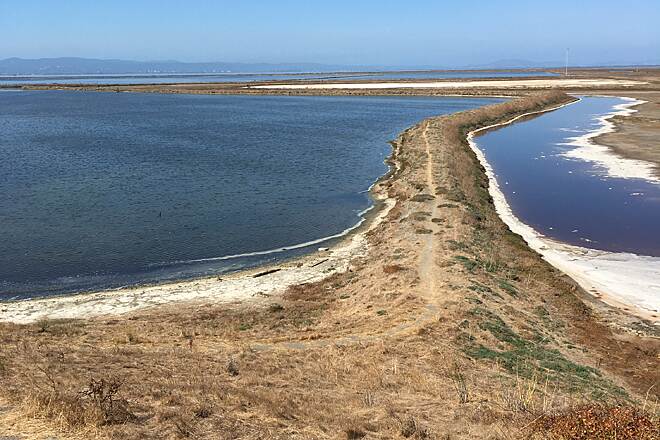 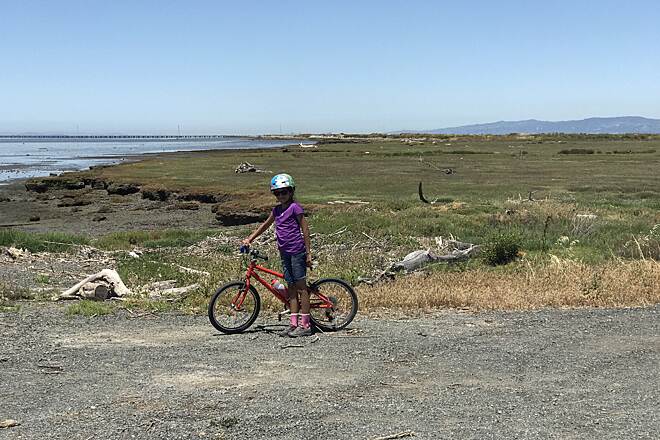 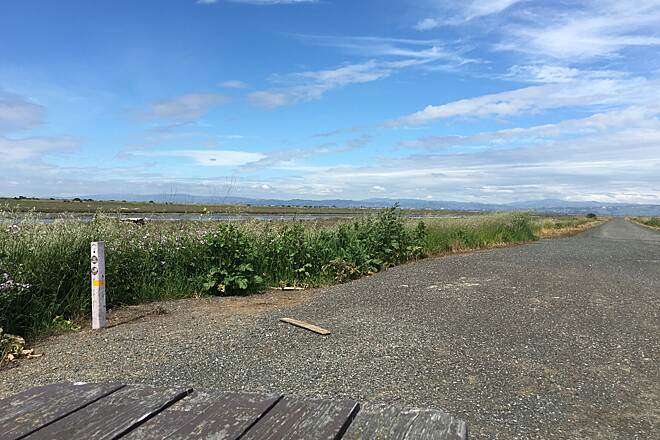 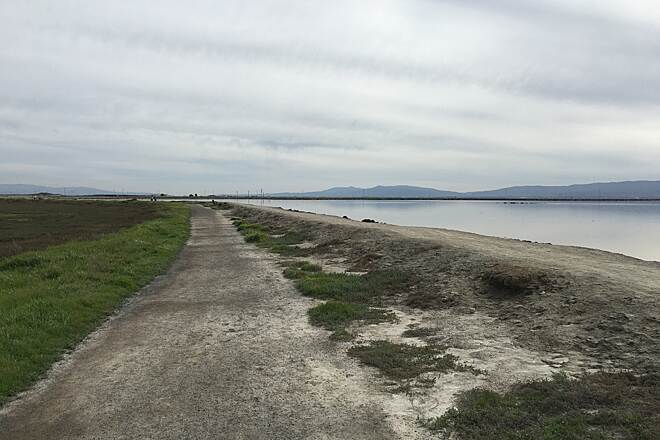 The popular Alameda Creek Regional Trails run from the mouth of Niles Canyon in Fremont to the San Francisco Bay, connecting Bay Area neighborhoods with the indigenous and industrial roots of the region and the rich estuary of the bay.

The trails allow recreational access to the levees on both sides of Alameda Creek, featuring a north and south section each roughly 12 miles long. The south side (12 miles), favored by cyclists, is paved until you enter the intertidal zone where the surface transitions to gravel. The north side (12.4 miles) is unpaved, recommended for equestrian users and dog walkers. Access points between the northern and southern segments exist at multiple locations along the route. There are also many locations where fishing is permitted in the creek and surrounding ponds, such as Shinn Pond and Quarry Lakes; trail users should verify rules for fishing at each location as some areas may be protected.

The easternmost terminus of the trail is in Fremont, where the Niles District still pays homage to the first transcontinental railroad that ran through the region beginning in the late 1800s. Taking the southern segment, accessible parking, restrooms, and a picnic area can be found at the Niles Staging Area, which is dedicated to the brief history of silent movies in the area featuring stars like Charlie Chaplin. Across the creek, the dog-friendly Niles Community Park is accessible from the northern segment.

As you head west, the trail is dotted with ponds and wildlife as it comes upon the Quarry Lakes Regional Recreation Area, which was formed when gravel was taken for the construction of the western end of the transcontinental railroad. In this densely populated area, the trail also features safe walking and biking connections to the surrounding neighborhoods and transit.

Continuing westward, the experience shifts from the wetlands of the Alameda Creek to the San Francisco Bay’s intertidal zone—the area between high and low tide, and an important habitat for many bird and wildlife species. Picnic areas and benches dot the trail, creating space to take in the surrounding nature and is a haven for birders. In some locations, bike racks are adjacent to walking paths into the surrounding wetlands. Bird species that may be found along the trail include the pied-billed grebe, the northern shoveler, the great blue heron, the spotted sandpiper, the American coot, and the white pelican.

As the trail enters the San Francisco Bay, the freshwater of Alameda Creek and the saltwater of the Pacific mix, forming an estuary that is home to many native fish and bird species and serves as a natural barrier controlling floods, erosion, pollution, and sediment. The western most regional park along the trail is Coyote Hills, 1,266 acres of marshland and rolling hills where visitors come to walk, jog, bicycle, bird watch, and picnic on the ancestral homeland of the Tuibun Ohlone peoples, who originally settled the area and relied on the creek as a resource. (Programming about the area’s indigenous history is available in the park.)

A portion of the Alameda Creek Regional Trails is also a significant component of the San Francisco Bay Trail, a developing effort to create a 500-mile multiuse trail encircling its namesake bay. Both are part of the developing 2,590-mile Bay Area regional trail network being spearheaded by the Bay Area Trails Collaborative and Rails-to-Trails Conservancy as a TrailNation™ project to increase safe walking, biking and trail access for millions of Bay Area residents.

The San Francisco Bay Area Rapid Transit District (BART) is a heavy-rail public transit system that serves the trail. Visit the BART website for more information and to use their trip planner tool.

The Alameda-Contra Costa Transit (AC Transit) operates a bus system that provides access to the trail. Visit the AC Transit website to plan your route.

Cool sights in wildlife. People here are snotty techies¿. No one says hello back. But ride is nice out to the bay

Very nice trail. Lots of waterfowl, turkeys, turtles, ground squirrels, wildflowers depending on time of season. Go as little or as far as you want.

Very nice trail. Lots of waterfowl, turkeys, turtles, ground squirrels, wildflowers depending on time of season. Go as little or as far as you want.

This is a well maintained trail, great for biking and running. Although the mile points are not that clear on the trail, a gps device can give you good estimation of the distance. You will see lots of birds, and probably other wild life.

Six Mike round trip on North shore of the creek was a perfect experience with my 9 year old daughter. Flat, no traffic, lots of birds, and a picnic table at the end of the road.

This is a nice flat, completely paved trail. The trees have made some bumps but it's nothing to worry about. You'll never need to worry about cars either which is nice for the novice bike rider. I've ridden this trail numerous times and really enjoy it. There can be a pretty decent wind once you get out towards the bay though.