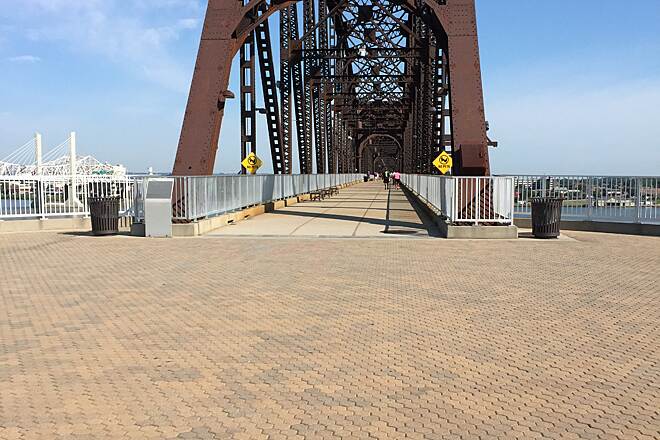 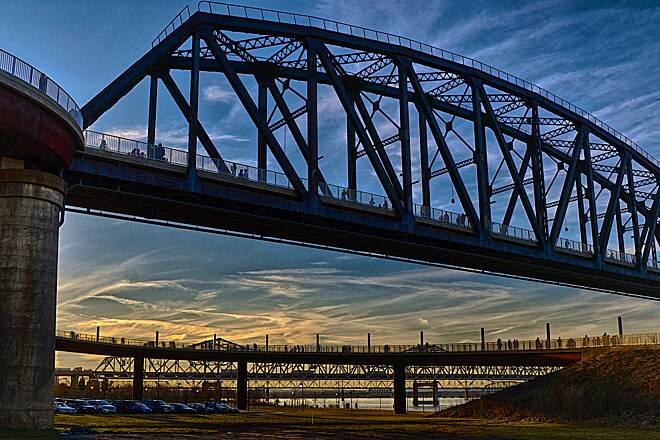 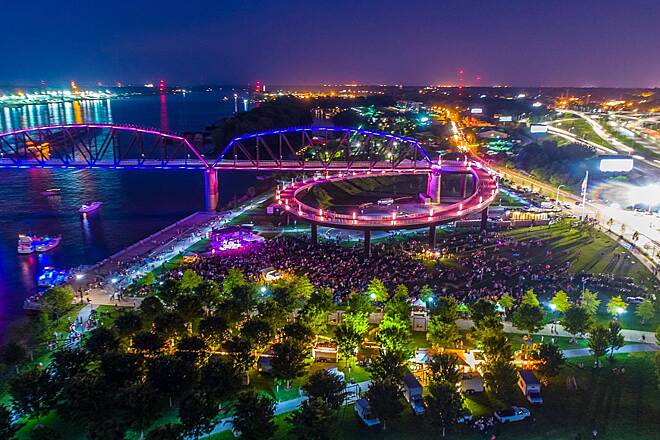 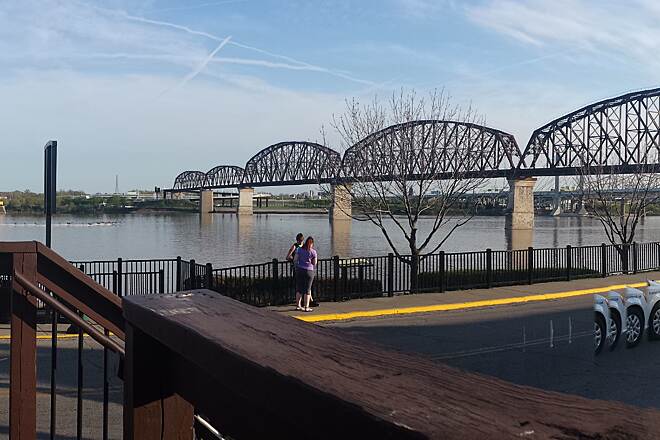 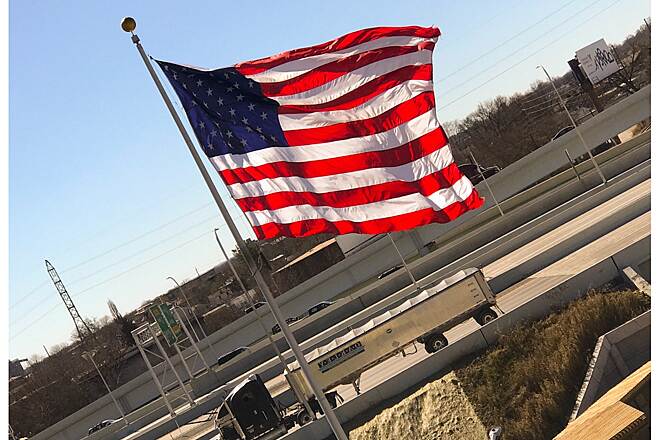 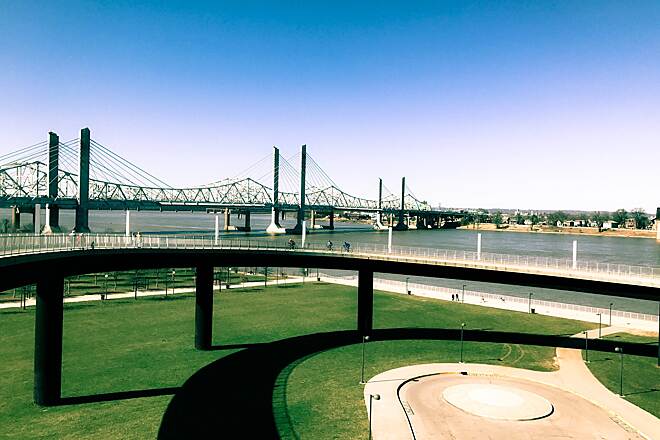 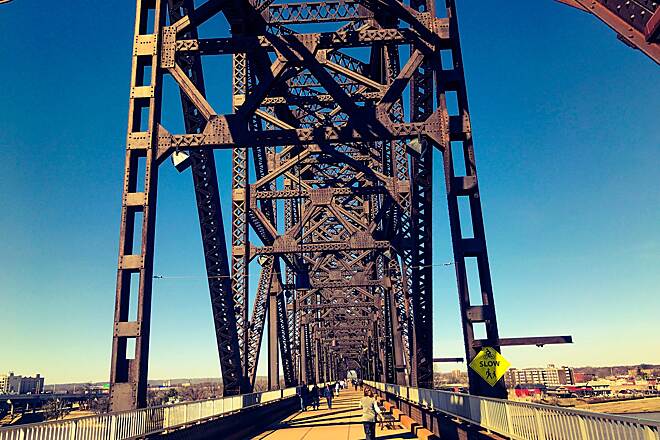 The Big Four Bridge links Louisville, Kentucky, and Jeffersonville, Indiana, over the majestic Ohio River, once described by Thomas Jefferson as “the most beautiful river on Earth.” The bridge’s unusual name comes from the informal name of the railroad that originally ran trains over the line: the Cleveland, Cincinnati, Chicago and St. Louis Railway once connected these ‘big four’ cities via an extensive rail network throughout the Midwest.

The bridge opened to rail traffic in 1895, although an expanded bridge using the same piers replaced it in 1929. The Big Four Bridge was abandoned by Penn Central, who had acquired the Big Four Railroad through a series of mergers, in 1969. Miraculously, the resolute bridge survived as a ‘Bridge to Nowhere’ for more than 4 decades, even withstanding 4 fires. In 2009, Louisville and Jeffersonville committed to restoring the bridge for bicycle and pedestrian use, and it finally opened in 2013.

The bridge has seen heavy use since its opening. With its 24/7 availability, lighted handrails and scenic views of the river and downtown Louisville, the bridge has become a popular (and romantic) spot in Louisville. New businesses are opening and existing businesses are quickly adapting to take advantage of the massive increase in foot traffic on both sides of the river.

Motorized vehicles, skateboards, in-line skates and pets (excepting service animals) are prohibited on the bridge. On the Kentucky side, the bridge directly meets the Louisville Riverwalk, allowing trail users to continue along the Ohio River on an off-road route to downtown.

Parking for the Big Four Bridge is available off River Road in Louisville’s Waterfront Park at the base of the bridge.

Not your typical trail, as it spans the mighty Ohio River. Beautiful view and amazing River breeze make this trail very unique. Riding the ramp up onto the bridge is a challenge, but well worth the effort. Love, love this trail!!

Worth the trip for this alone

I am so impressed that both states and the communities put up the money to turn an eyesore into an incredible asset. Connects to excellent trails on both IN and KY sides, turning it into a unique experience. Plenty of restaurants on both sides of the river. Beautifully lit at night as well.

Biking across the Ohio river is fun in itself but the Louisville river trail ties in on the Kentucky side and the Levee trail on the Indiana side. There are plenty of things to do and places to visit. I recommend a trip to one of the 2 Brewery's on the Indian side. Highly recommend a visit here

The Kentucky side of the bridge has a circular approach. The Indiana side has a long, mostly straight decline, with a sharp right near street level.

Both sides of the river offer walking, running, and cycling along parks and streets. On the Indiana side you can find your way west to the Falls of the Ohio Interpretive Center.

Cyclists should be careful on the bridge. There are usually lots runners, walkers, kids, and strollers too. Watch our for picture takers who may unknowingly step into the path a cyclist.

Finally a safe connection between Indiana and Kentucky

I love the Big 4 Bridge. I have been on it several time and every time have been amazed that I can now travel safely between Indiana and Kentucky without having to worry about cars.