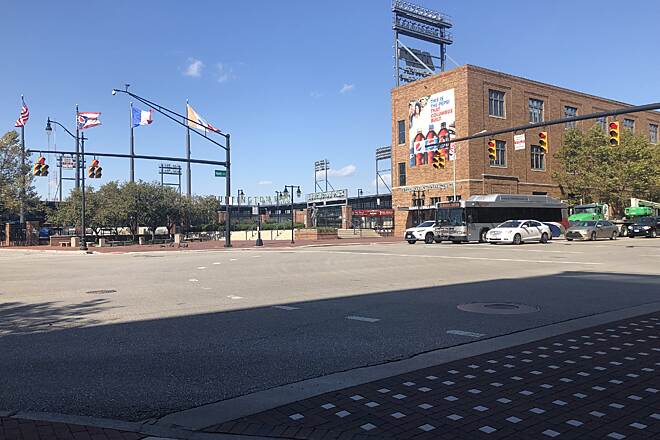 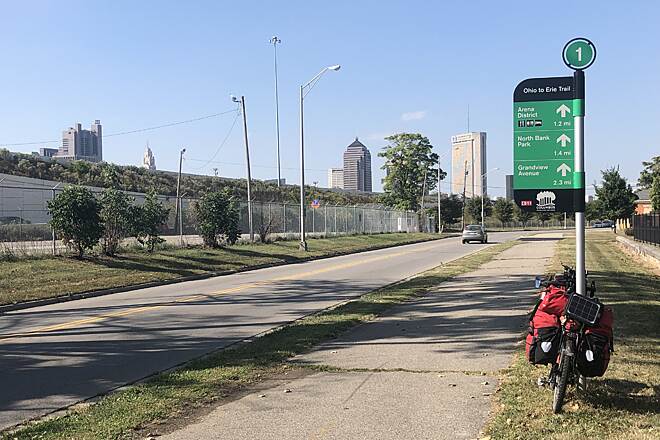 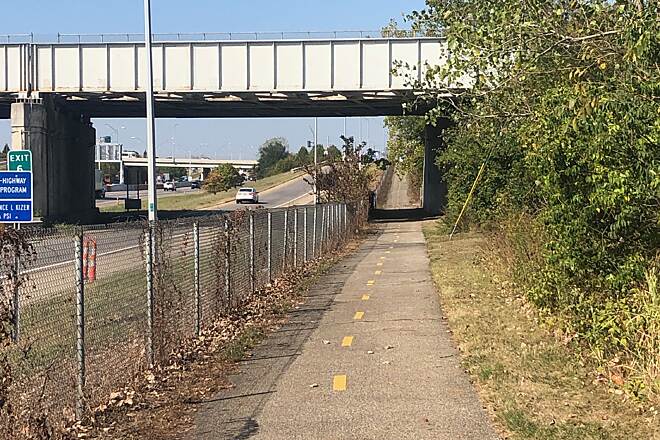 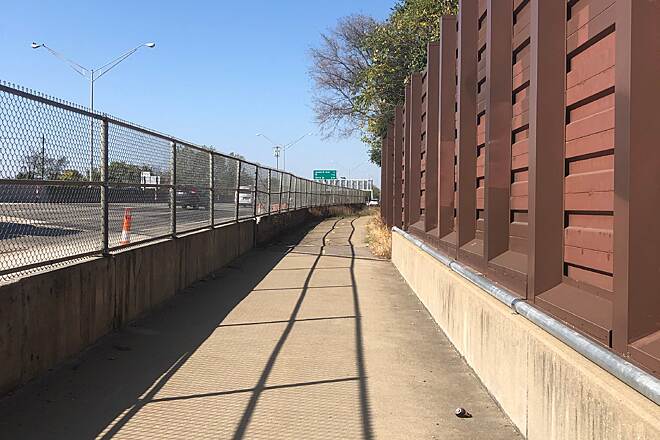 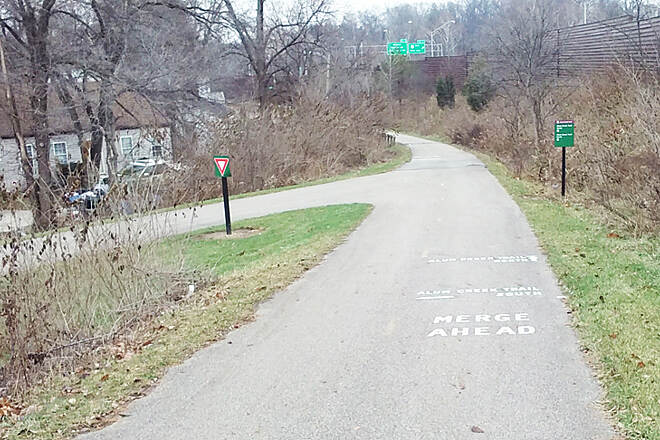 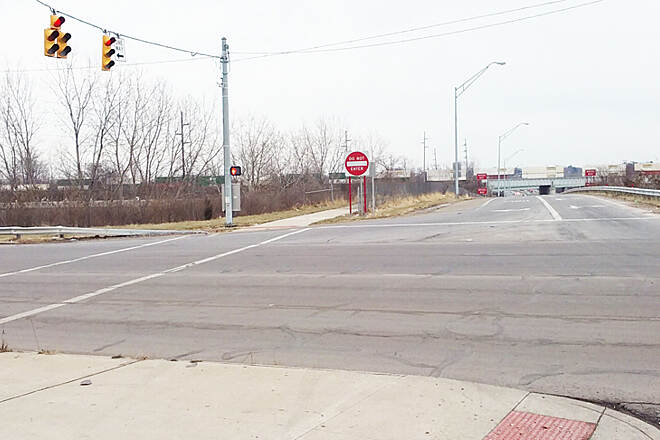 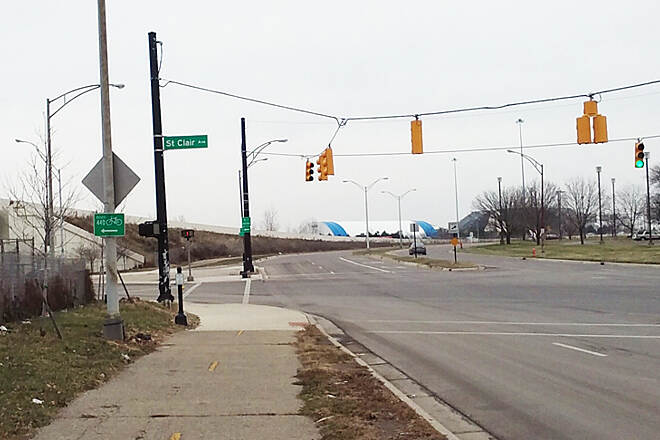 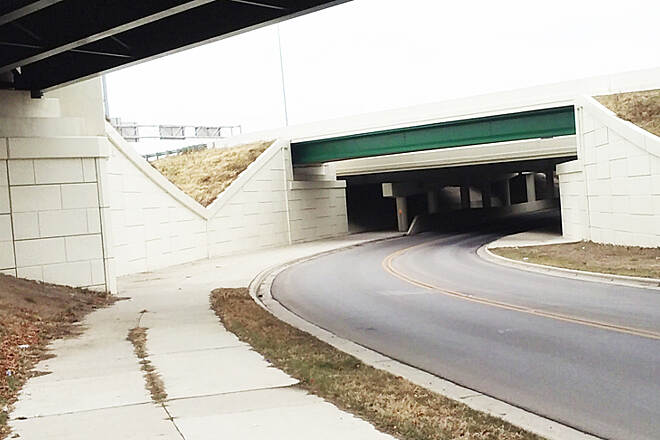 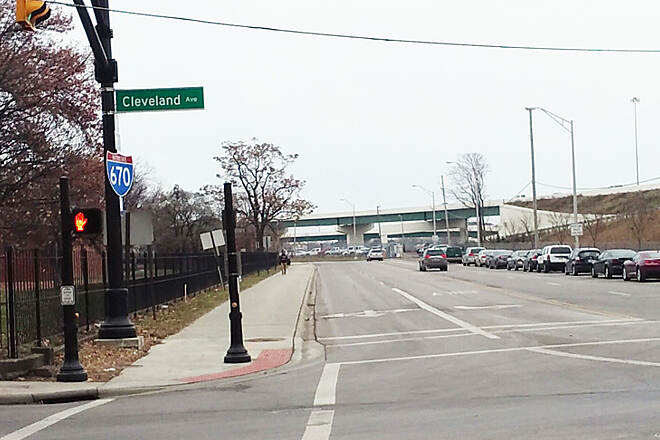 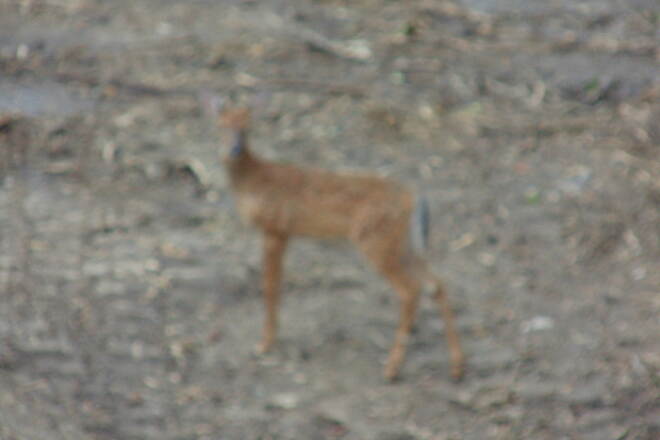 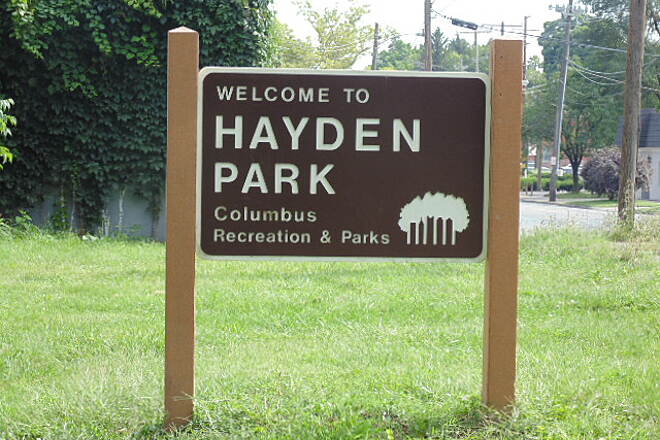 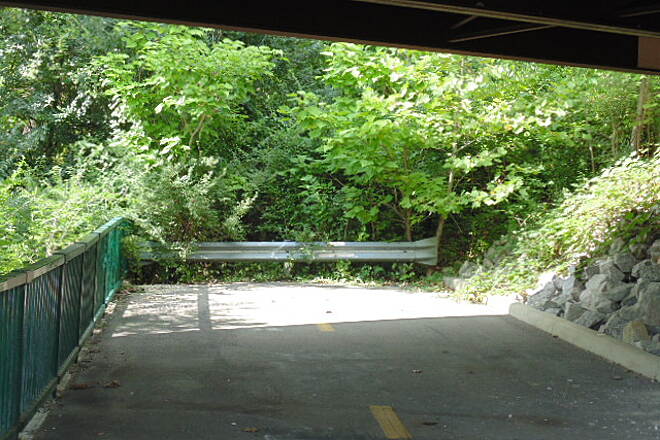 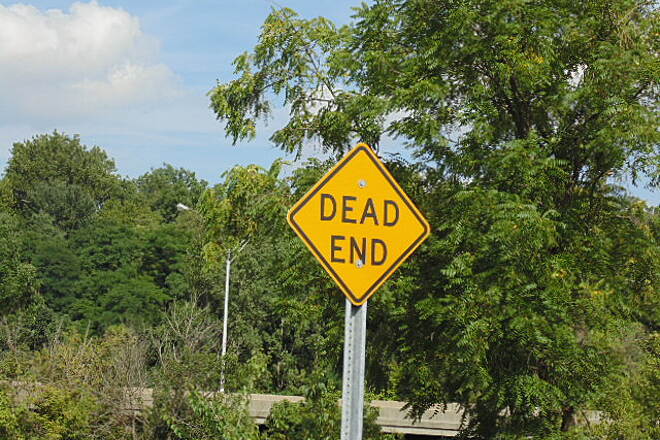 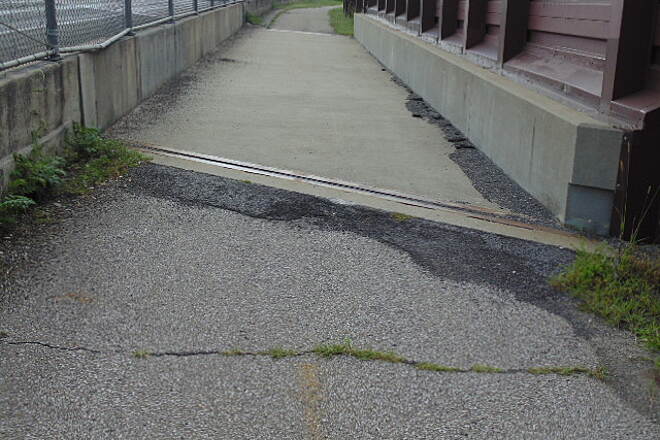 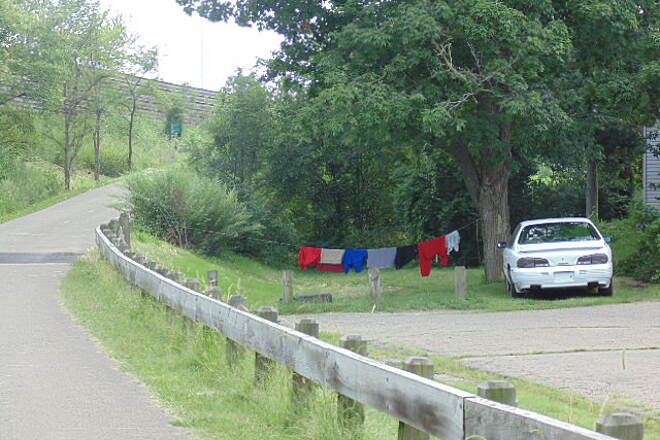 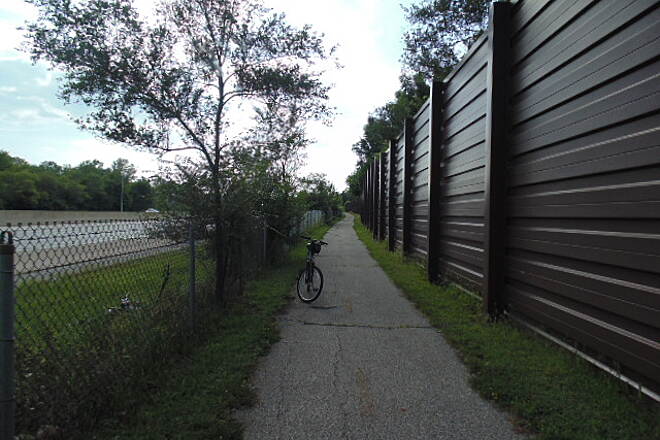 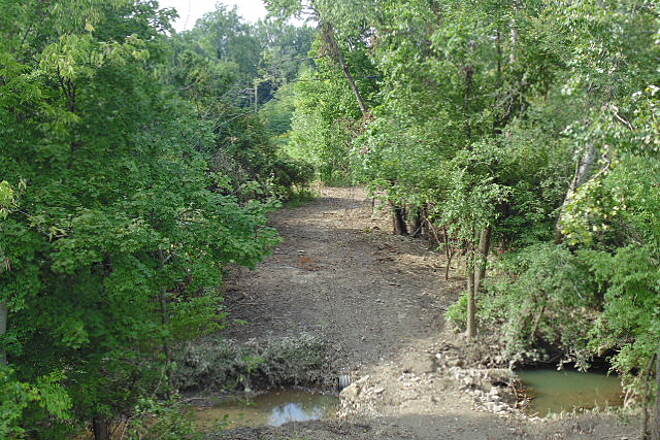 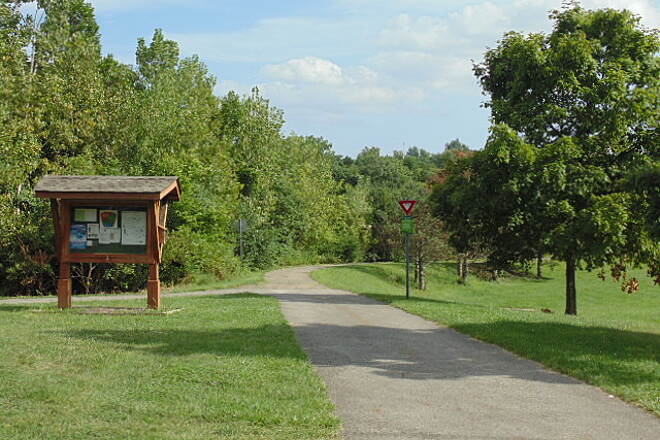 I took the part of this trail formerly known as the I-670 trail, from Cleveland Ave. until it meets up with the album creek trail. The path was in poor condition, with many bumps and cracks as well as a large amount of glass I had to avoid. I would not recommend using this trail.

Better than I expected; eastern section repaved in 2021

I rode this trail on 4/21/2022, my second ride on it but first since 2014 or 2015. The City has made some improvements to it over the years, with one of the most obvious ones being the 2021 repaving of the eastern section along I-670 that connects up with the Alum Creek Trail. I remember that section being a bit of a boneshaker on my previous ride, but it's smooth as can be now, a very high-quality surface.

Once you are past the repaved section, the trail looks kind of like a sidepath, being concrete, but is plenty wide enough, and you have dedicated trail all the way until you are west of Cleveland Avenue. It's only once you get west of 3rd that the traffic noticeably picks up, but the routing along Nationwide Avenue is sensible - that's a high-pedestrian-crossing, low-vehicle-speed road, so it's pretty decent for sharing a lane (but stop at the stop signs and don't run anyone over on your bike!). Neil Ave is a little faster (35 mph?), but it's short before you reach North Bank Park.

Another option is to continue west on Nationwide Avenue, past Huntington Park and to New Crew Stadium. From there, you can cross the new-in-2021 pedestrian/cyclist bridge to the Olentangy Trail. It's worth seeing the new stadium if you haven't yet, shouldn't be busy if it isn't a Clippers/Crew game day, and saves you some distance if you want to go north towards Grandview or OSU anyway.

Scenery-wise, I-670 isn't at the top of the list, but it is kind of cool seeing the Downtown Columbus skyline gradually come into closer review, right up until you're at High and Nationwide looking up at a 38-story skyscraper. Fort Hayes (east of Cleveland Avenue, between all the freeways) is also a highlight, with plenty of green space, woodchucks, and great architecture on the buildings; it's worth a short diversion from the trail.