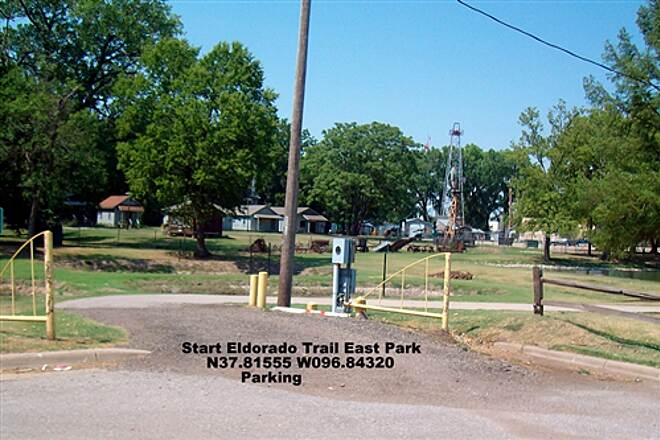 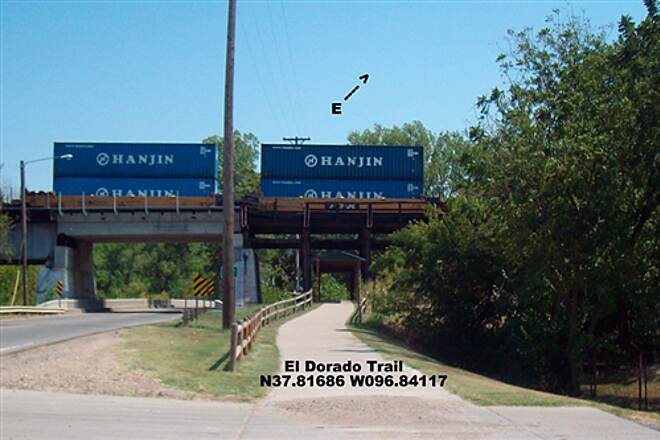 The El Dorado Bike Trail was built in two phases, with a portion of the older, northern segment occupying a former railroad bed. The trail winds through El Dorado, offering safe and enjoyable entertainment and exercise for the whole family. The city lies in the southern Flint Hills, which is covered with virgin tallgrass prairie, and that environment features prominently along the northern part of the trail.

In the south, the trail can be picked up at both East Park and Riverside Park; the latter is along the scenic Walnut River. A trail bridge under the US 54 bridge and a passage under active railroad tracks join the two trail segments into one as the trail continues north. This section of trail courses through dense woodlands along the west bank of the Walnut River.

At Main Park, the trail continues north for two blocks via lightly-traveled Orient Street before turning east to follow E. 12th Avenue. At the railroad tracks, the trail again turns north, following the tracks (with one tunnel underneath) to the trail's northern terminus at El Dorado Lake in El Dorado State Park.

Spurs along the northern trail segment allow trail users to access the campground south of the lake via a bridge over the Walnut River, as well as neighborhoods to the east and west of the railroad corridor.

Parking for the El Dorado Bike Trail is available at the northern trailhead on Boulder Bluff Road. Closer to the heart of El Dorado, parking can be found at Main Park off E. 8th Ave.; East Park off Woodland Street; and Riverside Park off SE River Road.