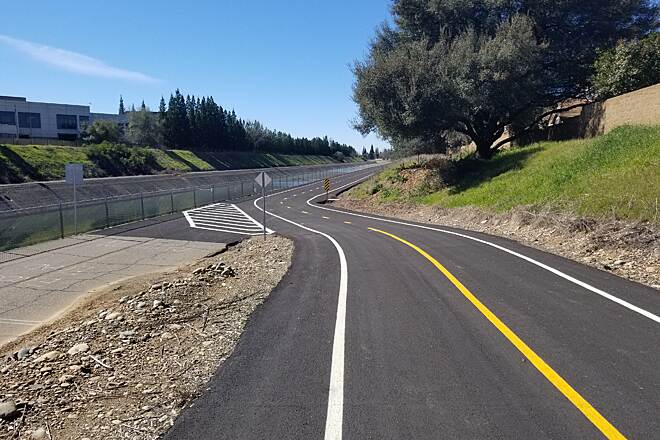 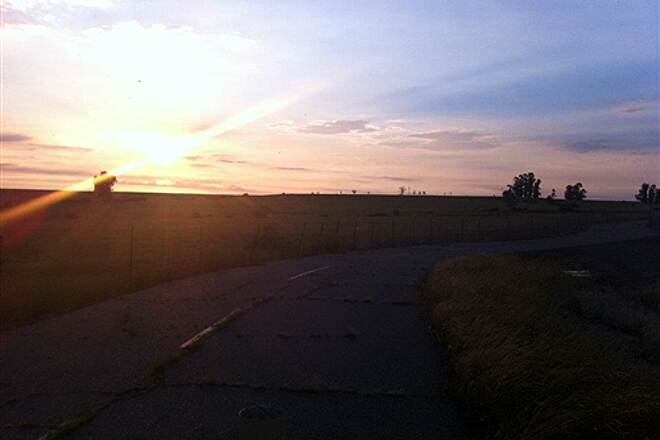 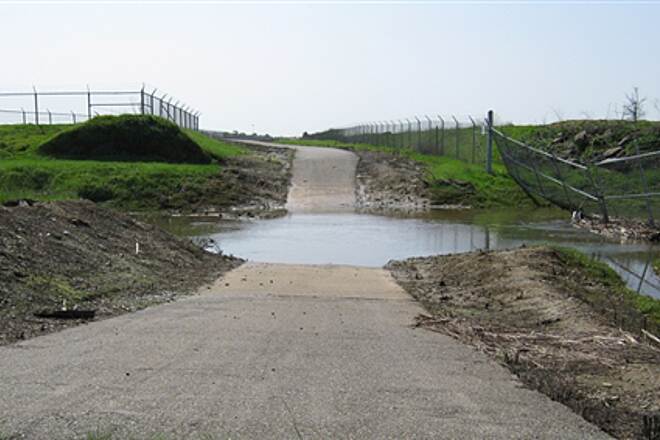 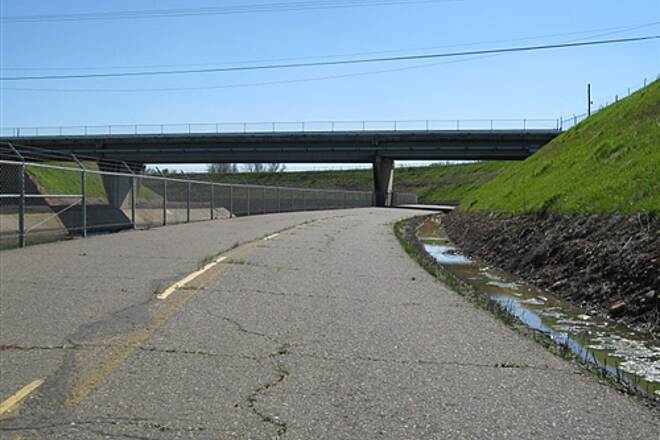 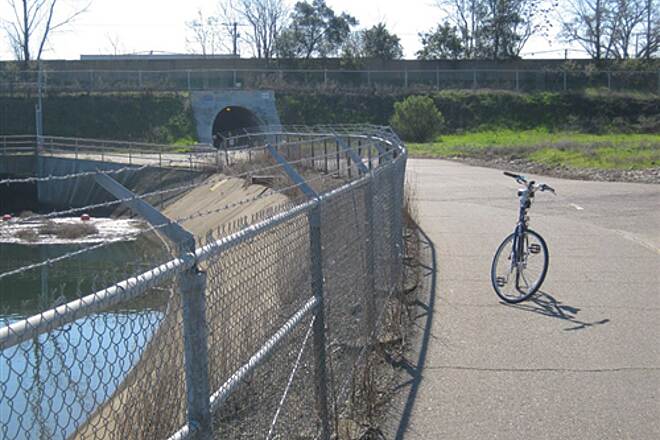 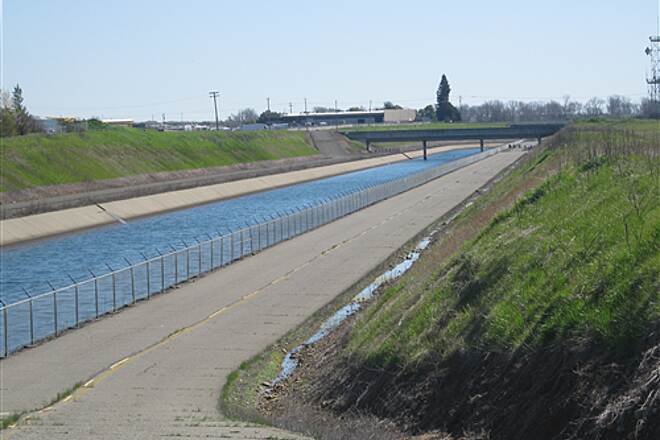 The Folsom South Canal Recreation Trail provides a useful connection from southeast Sacramento County to the American River Bike Trail. The canal was constructed in the 1970s as part of the Central Valley Project and is operated by the federal Bureau of Reclamation. The trail includes 14 miles of the adjacent paved access road from Nimbus Dam to Sloughhouse Road.

Trail users should be aware that the trail entrances are unmarked as such; trust the open gates as the only indication of the trail's path. Use caution at the street crossings, many of which are unimproved and carry high-volume and high-speed traffic. A pedestrian signal has been installed at Sunrise Boulevard to improve crossing there. The trail is exposed and will be hot much of the summer, so be prepared with plenty of water and sun protection.

Parking for the Folsom South Canal Recreation Trail is available in the north at the Fish Hatchery on Nimbus Road and farther south at a large park and ride lot on Jackson Road (State Route 16) just west of Sunrise Boulevard.

Rode this trail from Elk Grove via Grant Line to Folson Rec. Area while visitingfor the holidays. Nice flat trail, great for getting away from the traffic. Pretty impressed with the trail system out here, you can get 50 plus miles out of it.

Rode this trail from Elk Grove via Grant Line to Folson Rec. Area while visitingfor the holidays. Nice flat trail, great for getting away from the traffic. Pretty impressed with the trail system out here, you can get 50 plus miles out of it.

Trail is best route biking from Folsom Cordova area to elk Grove. Not that many want -a- be Lance Armstrong jackass's on trail.😁

I parked the north end point, at the Nimbus Fish hatchery. There are 2 parking lots, the first has a timed gate that closes at 3 pm. The second, just the next parking lot, driving west, sign said Regional II, was open, no gate. There are no signs to the canal. I spoke with another biker who gave me the direction from the parking lot. Proceed west 2 blocks residential area to the stop light. Turn left, you will then see the canal with entrance on the right. There are mileage signs till mile 13. Thinking this was 15 miles trail, I kept going climbing thru the gate at Sloughouse, mile 13.9. I should not have. There are no mileage marker, there are difficult to see small markers on the asphalt. The canal trail soon ends anyway. The Park n Ride lot on Hwy. 16 can be used as a south starting point.

A Good Place to Practice

A nice place for bikes without automobile or pedestrian interference. I completed my first 20+ mile ride done on this trail. One spot stunk like fertilizer. Almost 0 shade, so make sure you have your sun protection on.

Once in a while I like to ride the canal to just have a long, flat stretch to ride with no climbing. The only "climbs" are the few places where you may have to go up an overpass and then back down onto the canal. As for scenery, well, there ain't none. Its a boring ride but nice and flat and not crowded at all, particularly toward the south end. Its a great place where I take new riders to get them used to their bikes, changing gears etc. without the chance of being stuck on a hill in the wrong gear.
As others have mentioned, for some reason, they keep the far south end of the trail closed off completely which seems very odd. On one ride there I followed a contract security officer down to the south end at Sloughhouse Road. He was opening the gate on the south side of the road and I was preparing to follow him in there when he informed me that that was the end of the public access; it was closed completely from that point south. I wish that they would change this; seems a bit ridiculous to not allow bikes/hikers access to that area.
All in all, if you rode the entire accessible area of the trail from one end to another, it totals nearly 13 miles. I generally start near Sunrise/16 at the Park-n-Ride Lot there, ride south to where its closed off, turn around and ride all the way north to the Fish Hatchery and turn around and come back. There are no longer any restrooms along the trail (they used to have at least one porta-potty however I'm sure that was probably vandalized enough to make them remove it. But, being as isolated as most stretches are, particularly near the south end, its not much of a problem.
The American River Bike trail is much more scenic but crowded, particularly on weekends. But if you're looking for a great stretch of flat riding without the crowds, the canal is it.

Not conventionally beautiful, but a great ride along the canal through some industrial and suburban landscapes. The trail is mostly in good condition for road bikes. Didn’t see many other riders, most of the company was in the form of a nice variety of birds. Even though it’s man-made, it’s nice to have the water alongside you the whole way. Very little shade, so if you’re going in summer bring a lot of water or choose a cloudy day. I’ll definitely ride this one again!

If you are looking for a smooth ride without a lot of traffic, this is your trail. The first half near lake Natoma has been freshly repaved and is billiard table smooth. The two street crossings have signals but other than those, it's a great path for fast riding.

I ride form the North end of the trail. Most riders do not go south of CA16, Jackson Rd. The channel is cut to a very flat slope, and the train follows that slope almost all the way to CA16.
There are sections below grade where the sun and wind do not go in late afternoon. If you are looking for a place to practice your speed riding this is one of the best. It is a great tie-in with CA16 which has wide bike lanes for all but a short section at Rancho Murieta to CA49.
Ride 10.5 miles from Nimbus Fish Hatchery to Ca 16. Take Ca16 East to Plymouth for an extra 25 miles
Back to the South end of Folsom South Canal. At times there is water in a ditch you can ride through just South of Ca16, You need to lime over or under the gate at Sloughhouse Rd. There is more water to cycle through where the canal goes under Dear Creek, but when you get to where the channel goes under the Consumes River, you may have to swim. The river is about 120 feet wide, and the canal is underground for approximately 700 feet. There are about 450 feet of field between the river and the next section of the channel.
You should be able to go East on Ca16 for 4.5 miles, turn South on Dillard Rd for 3.8 miles and pick up the canal again but you cannot quite get to Twin Cities Rd.

It's quiet. I wish it went all the way south like it looks on google maps but sounds like that part isn't open. Maybe will try soon.

Is this trail open?

I rode out to the Sloughhouse Road end of this trail and the gate was closed and had no trespassing, loitering signs, and barbed wire on either side of the gate. This trail wasn't open on July 9 at 12:30 p.m. I recently moved to this area so I am not familiar with the local trails or distances. The thing I don't understand is why a US Interior property (property of US citizens), built with US taxpayer money, that is paved on both sides isn't open to biking, hiking, roller bladeing, isn't open on both sides the entire length of the canal. I understand why it is gated, to keep cars and road traffic off it. I don't understand why it has barbed-wire on either side of the gate - gates. Admittedly it's not a great trail due to its lack of cover. Although sun worshipers and people looking to be out in the almost daily sunshine we have here would love it. I was really disappointed that I couldn't access the trail.

I have rode this trail a number of times starting at Jackson Highway and Sunrise (ample parking and good access to trail). I like the straight shot that it provides all the way to Sunrise which allows you to get your speed up and the Mather Airfield ride is a good diversion. I rated it a three because it is not well maintained; asphalt is seriously cracked and crumbling increasing the chances for flats.
It is windy most of the time but not much bike traffic. Overall, I prefer this ride over the AR bike trail just because it is less congested.