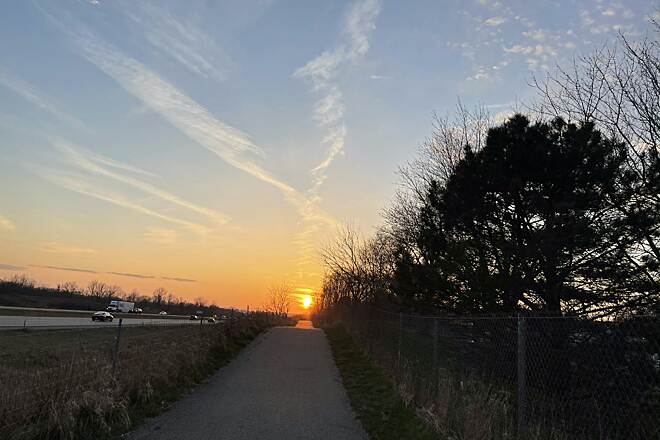 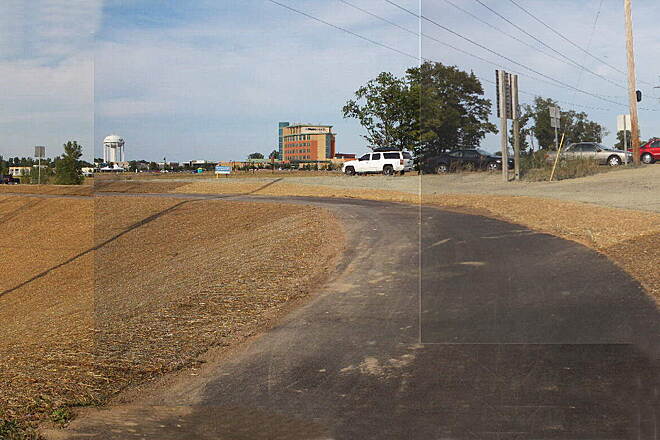 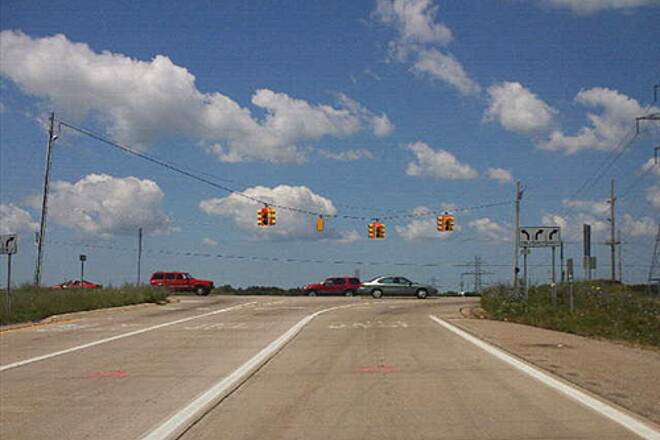 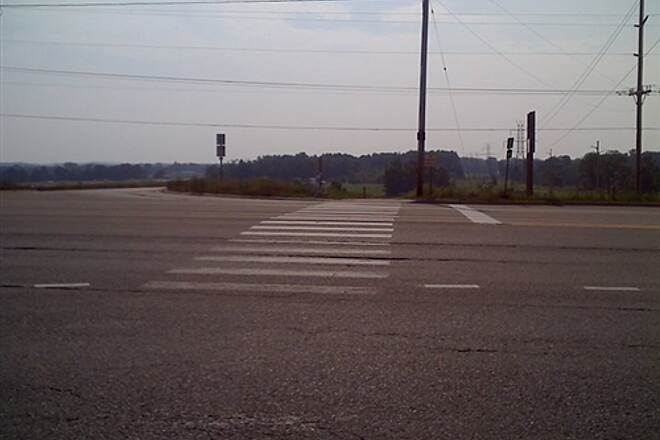 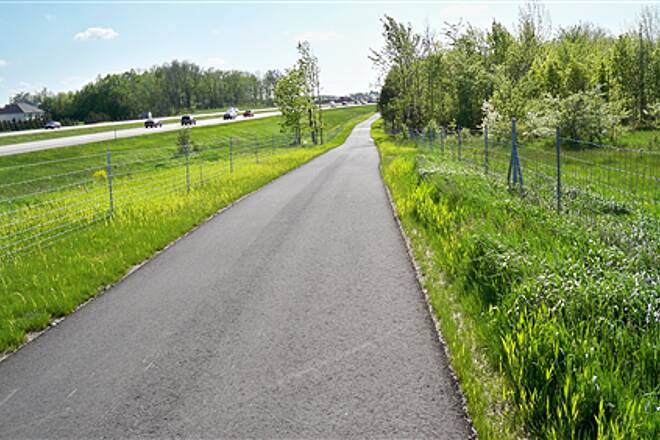 The Fred Meijer M-6 Trail runs for 9 miles, paralleling Michigan Highway 6/Paul B. Henry Expressway south of Grand Rapids (a.k.a. the M-6). As such, it's not the quietest of trails, but it still offers a great alternative to driving. The paved trail alternates from running along both the south and north sides of the freeway. To get around the cloverleaf interchange that links M-6 and US 131, the trail utilizes the sidewalk along 68th Street between Clay Avenue and Clyde Park Avenue - bridges and pathway installed in 2019 help provide an easy means across the barriers formed by the railroad tracks and Buck Creek. Use extreme caution at all road crossings, as motorists are not always aware of pedestrians using the trail.

The Fred Meijer M-6 Trail connects the Paul Henry-Thornapple Trail in the east to the Kent Trails system in the west.

Its For The Birds!

I really liked this trail. Very few people around. No dogs chasing after me. No kids. Can keep a high rate of speed throughout.Good hills for a little workout. However their was a bird who must be protecting a nest because it kept on dive bombing me. It did not hurt. It was persistent but I moved my arm above my head and would swat it away. Finally I was out of its perceived danger zone and it went on its way.

I had an appointment at the VA took my bike along to ride this trail. I did read some of the description. I could not find where the trail started. There was no shade and extremely noisy.

Found the east end of the trail by accident while riding the Paul Henry-Thornapple. That intersection could use better signage since the Paul Henry seems to transition into the M-6. There are hills, some were climbed in first gear while others were great to coast down. Traffic noise from the M-6 Freeway could be disturbing, but look to the other side to see woodland, wetlands, and prairie.

Crossings of the major streets have been made easy by diverting the trail to nearby traffic lights with crossing call buttons, an island in the center of the road and a bridge. I found the loop around the M-6 and U.S. 131 interchange to be the greatest challenge, especially along 68th street. Though the trail uses the sidewalk, there are many businesses along this route and extreme care should be taken to look for drivers making right turns.

As other people have commented, it has some good hills in it. So if you're biking it be prepared, you might be walking part of it. I would give it 4 stars, but the street crossing at Kalamazoo can be stressful. With all of the traffic going through and drivers not paying much attention to foot traffic, it gets a little dangerous. If there was a safer option for crossing, I would use this trail/recommend it more.

Thanks in part to the year-long presence of a ghostbike installed to honor Larry Martin Sr., the powers that be have re-aligned this trail crossing. Kent Trails and the city of Wyoming completed the new construction August 2012. Now, instead of attempting to cross at the traffic light just north of the freeway ramps, trail users are guided to the ped xing at Metro Way. The construction removed the previous asphalt and curb cuts, adding new count-down signals (more than 26 seconds) and cross walk markings. When maneuvering across the traffic island on the east side of Byron Center, watch for north-bound drivers turning into the hospital complex. They are afforded the right of way. Special thanks to Roger Sabine of Kent County Parks for helping make this happen.

I like the way it links bike trails to area. I didn't find the hills a problem but there are some blind spots and places where busy traffic could be dangerous- like near Kentwood High School crossing Kalamazoo Ave with the M6 traffic added in. Also as the other review pointed out near the hospital is dangerous also as you need to get into traffic to continue so be careful. I wouldn't take kids there.

Please use extreme caution in this area. This trail was an afterthought to the freeway installation, and this intersection shows how much consideration was not used in the design process.

The pedestrian (trail) signal has been changed to a "countdown" style, letting you know how much time remains before the auto signal turns green. This is due in part to the presence of west Michigan's first ghostbike.

However, there are no signals nor controls for the M-6 exit ramp, which feeds two lanes of traffic into the path of anyone in the crosswalk. There are no warning signs on the ramp to indicate the presence of the trail.

Future plans are to move the trail crossing north, to the signalized entrance to the hospital. Locala officials have stated a reluctance to add "clutter" to the pertinent roadways.

Oh, and when the ghostbike's tribute rider was struck, he was transported to a hospital downtown...not to the Metro Health emergency room.

Hill Workouts not for everyone

This is a very good trail for training due to all of the hills but the section along 68th is not the most bike friendly and shouldn't be taken by everyone. I would recommend this to experienced riders who want to add a challenge to their workouts. Since it connects into kent trails you can turn your ride into a quite a bit longer of a ride as well. After the M6 trail you legs will be happy to be back to the flat Kent trail though.

Although the trail is marked until you are familiar with it I would recommend bringing a map with you to make sure you don't miss any of the exchanges.

Overall a very good workout and has helped me a lot with my training since my normal trail (Kent Trail) is relatively flat.

I find this a good trail if you are looking for a good workout.
This trail is fairly Hilly