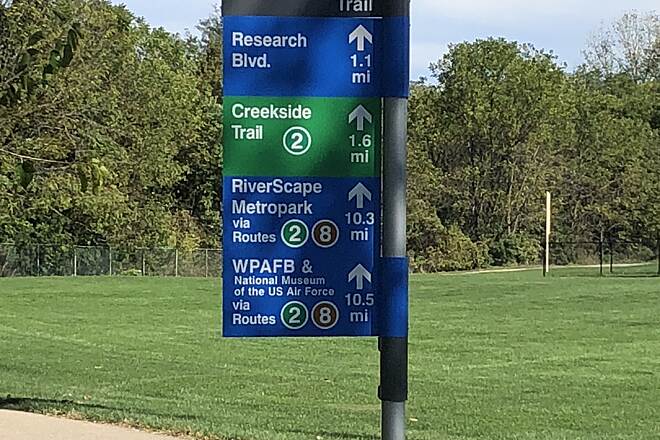 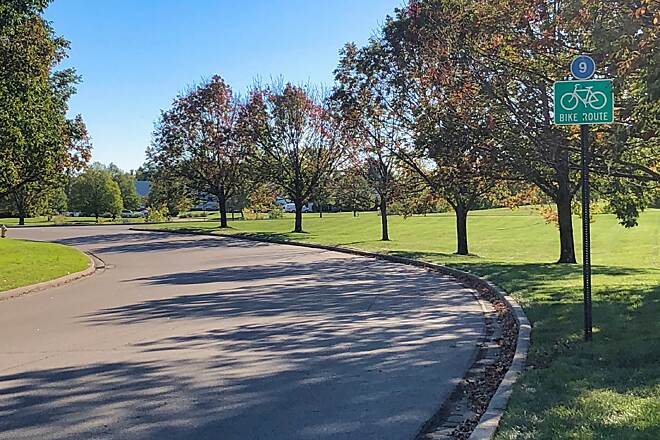 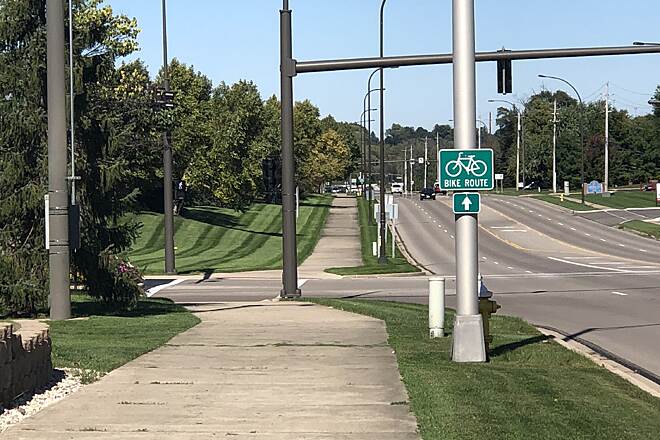 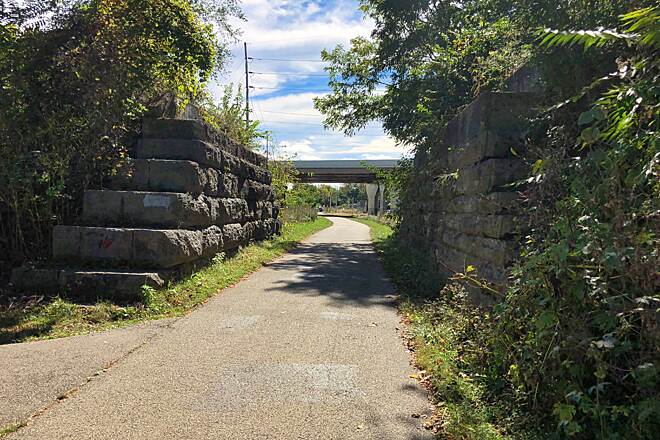 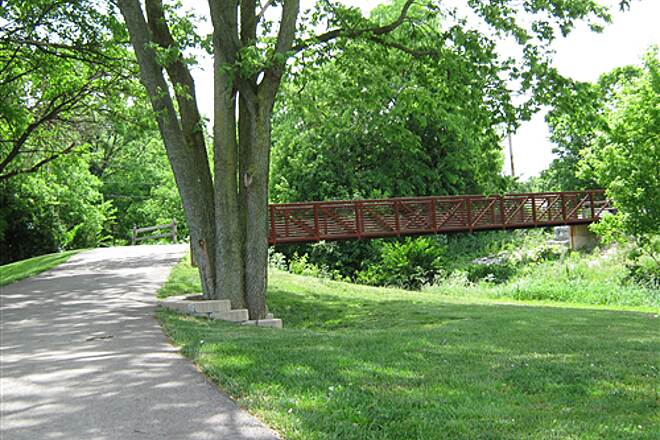 The 7-mile Iron Horse Trail (open in two disconnected segments) utilizes approximately 2 miles of former Penn Central right-of-way, providing users a pleasant route through neighborhoods, as well as a link to Centerville’s Iron Horse Park and Kettering’s State Farm Park. In the north, the paved pathway connects to Dayton’s Creekside Trail, which itself leads to other trails feeding into the city’s vibrant downtown.

The many trails in the area are components of the 330-mile Miami Valley trail system, one of the nation's largest networks of paved, off-street trails.

Parking and trail access is available at Iron Horse Park in Centerville. Visitors may take Interstate 675 to State Route 48 north, turn right onto Whipp Road, and then turn right onto Millshire Drive. The entrance to the park is on the right.

I love this trail...

I ride this trail EVERY morning from the Hempstead Station entrance to the trails end about .66 miles south of Whipp Rd.... and then back! It's a great workout that's safe and clean!! Love it!!!

I rode both the Northern and Southern Sections of this trail. It is an interesting trail from the stand point that it combines pieces of rail-trail, widened sidewalk "trail," on-street bike lane, and on-street riding. The route is inconsistently identified on the trail as 1) the Iron Horse Trail, 2) the Iron Horse Recreational Trail, 3) Bike Route K, 4) Bike Route 9 and possibly 5) Bike Route K2. If you attempt to ride the route of either section of this trail, as shown here in TrailLink, you will come to the end of each particular section and find that a bike route continues from where TrailLink says the Iron Horse Trail ends. However, it is not entirely clear at these points whether you are still riding on the Iron Horse Trail or some other connecting route. While the on-street riding occurs on what appear to be relatively lightly traveled streets, the widened sidewalks tend to cross some heavily trafficked roads. Dayton has recently announced a new trail called the Flight Line which appears that it will parallel parts of the current Northern Section of the Iron Horse Trail. Whether this new trail will run parallel just a number of feet from the Iron Horse or will incorporate part of what is currently the Iron Horse is yet to be seen. It also appears that both sections of the Iron Horse and the new Flight Line Trail could all come together near the old Tenneco Plant in Kettering, Ohio.

For running purposes it has a decent biking trail through a thin veil of trees.