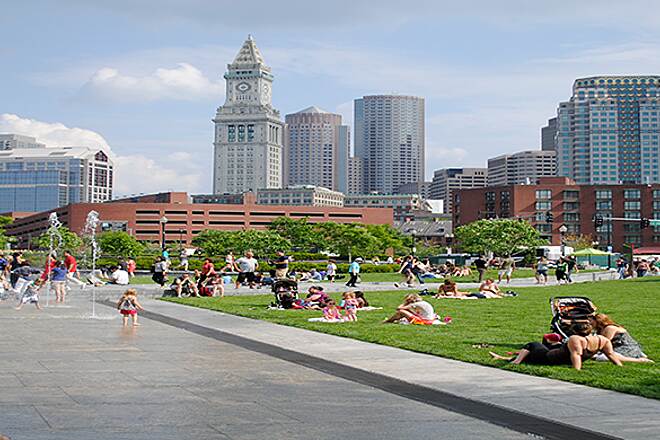 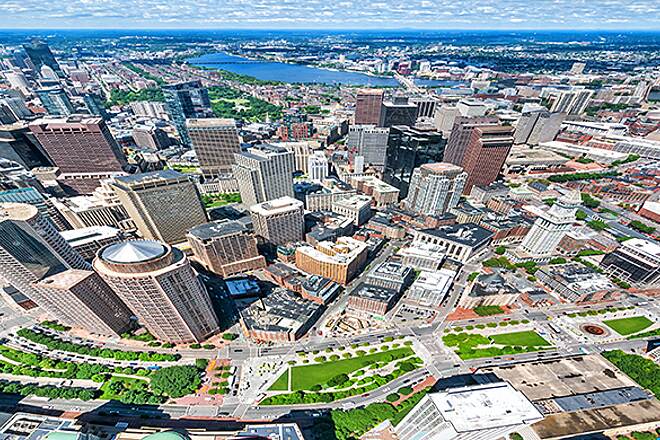 Boston's Rose Kennedy Greenway may not be very long, but it's jam-packed with attractions. Along this 1.5 mile contemporary public park, you can access amazing organically-maintained gardens, be wowed by rotating public art, stop to smell the flowers in trailside gardens, ride the custom Greenway Carousel, and visit historical landmarks like the Paul Revere House. Feeling peckish? Grab a bite to eat or drink at the various food trucks, markets, and beer gardens.

Note that the Greenway is for pedestrian use only, but the city streets either side of the linear park have marked on-road bike lanes. The Greenway has a number of bike racks available for public use.

The popular trail winds through several downtown neighborhoods, including Chinatown, the Financial District, Waterfront, and North End. It's named for Rose Fitzgerald Kennedy, who was born in North End and was mother to President John F. Kennedy, Senator Robert F. Kennedy, and Senator Ted Kennedy.

The Rose Kennedy Greenway sits on the site of the a former elevated expressway, which was demolished as part of the Central Artery/ Tunnel Project, commonly known as the Big Dig. The Greenway Conservancy is the non-profit responsible for the management and care of The Greenway.

Although there is no public parking on the Greenway, parking meters are available along Atlantic Avenue, which parallels the trail. You can also access the trail via Boston's MBTA subway; the nearest stops are: Aquarium Station on the Blue Line, Haymarket Station on the Orange and Green Lines, and South Station on the Red and Silver Lines.

Bike racks are provided throughout the Greenway and there are several nearby bike sharing stations. Biking, skateboarding, and other non-pedestrian activity inside the park is not allowed.

delightful space amidst the concrete

One of the best ways to see Boston in a green space amidst all the concrete. There are several traffic light/cross walks that interrupt the complete journey but are very easily accessible by foot, bike, wheelchair and stroller. Stop to enjoy some of the signage to see what local/indigenous flowers have been planted.

great walking spot in the city

Great place to walk lots of things to do and see