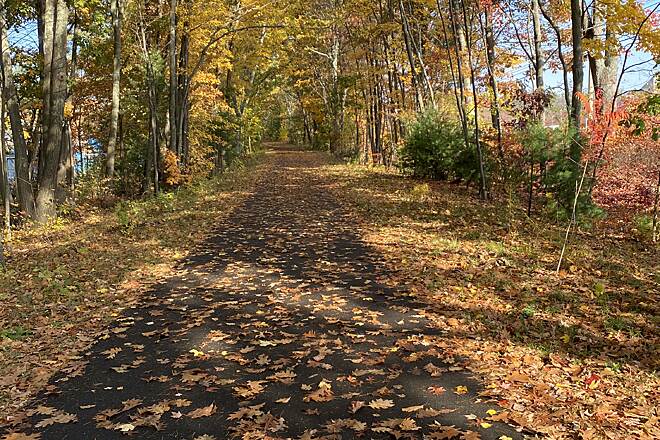 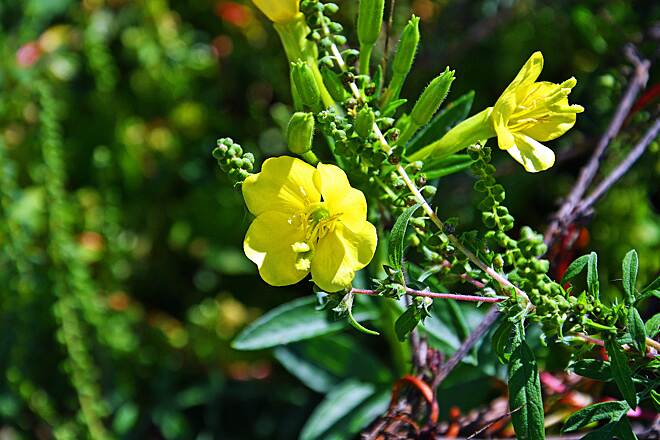 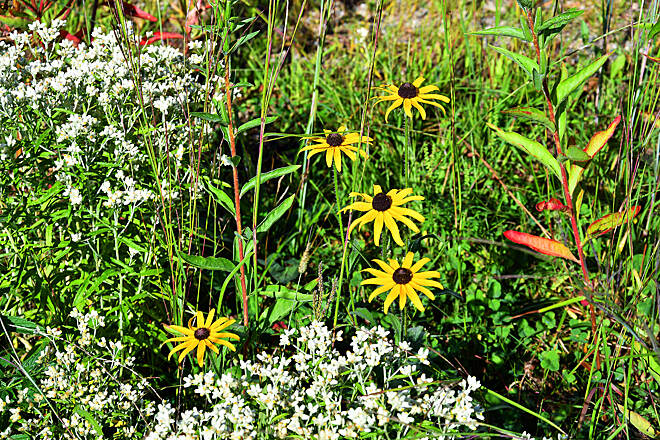 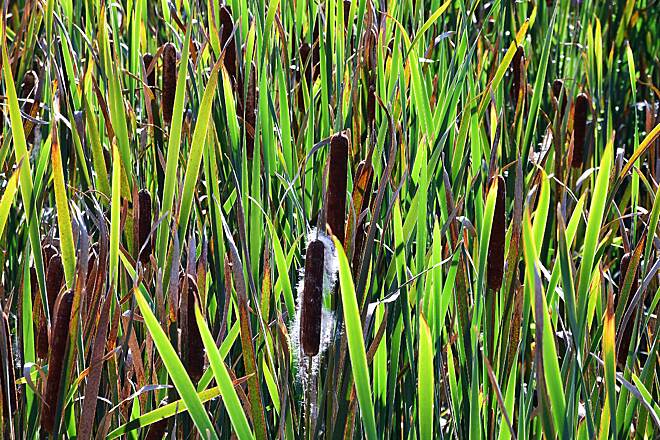 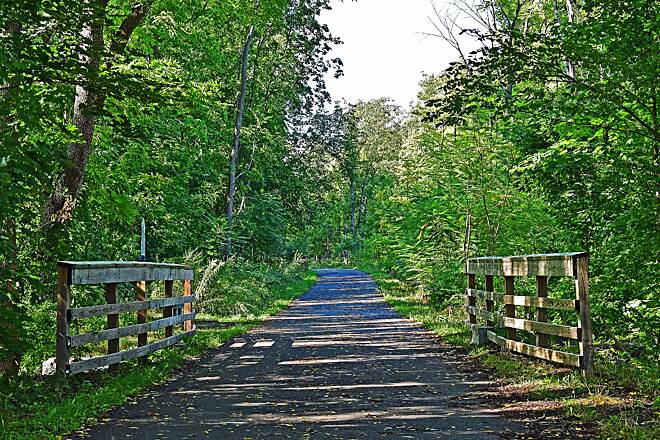 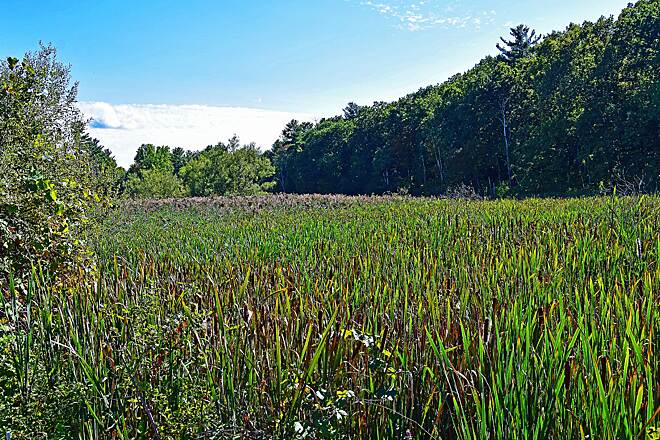 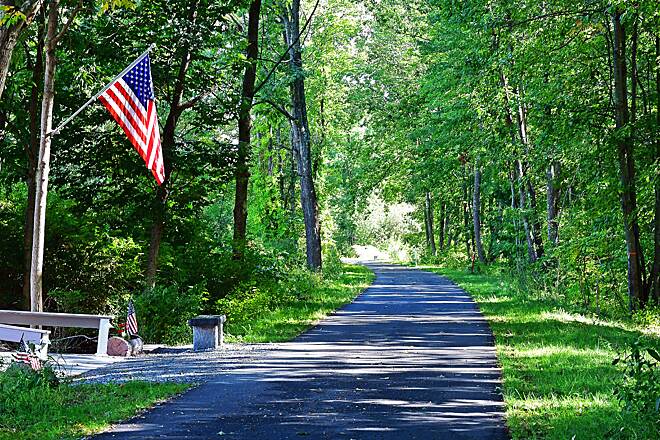 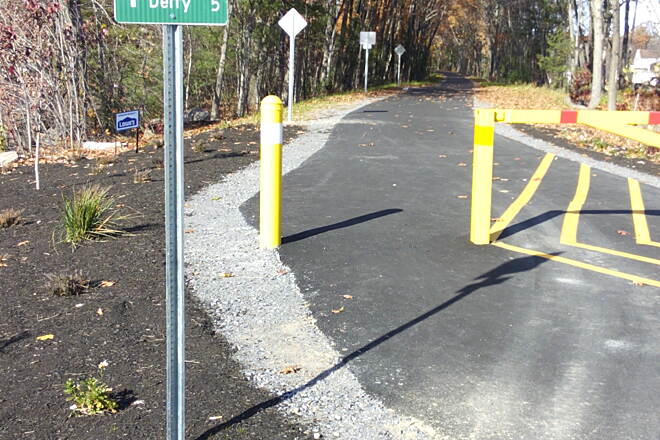 When complete, the Salem Bike-Ped Corridor will run for more than 5 miles on a former Boston and Maine Railroad corridor from connections with the Windham Rail Trail (north) and Methuen Rail Trail (south) in their respective towns. The completion of this crucial stretch of trail will allow for an uninterrupted trek from the northern edge of Lawrence, Massachusetts, to downtown Derry, New Hampshire.

These three trails, as well as several others farther north, are also components of the in-progress Granite State Rail Trail, which will eventually span the length of New Hampshire. For now, the paved Salem Bike-Ped Corridor exists in two segments: the southern segment runs for only about a block behind the popular Tuscan Kitchen restaurant on Main Street in Salem. In fact, the restaurant's owner generously paid for construction of this segment, and has made the eatery's outdoor patio available for trail users—be sure to stop in for a bite to eat to show your appreciation!

The northern segment is a tree-covered trail running from Broadway & Range St. to end of Old Rockingham Rd.

Parking for the Salem Bike-Ped Corridor can be found in the parking lot for the Tuscan Kitchen on Main Street in downtown Salem.

Rented ebikes from Pedigo nearby trailhead and Rachel and Ed were so nice. The trail was cold and shaded a good part of the ride so bring layers. We brought a picnic, plenty of places to stop and eat. The trail is somewhat confusing at the end so we just decided to turn around and head back. Great day all and all!

The paved and complete section is 2.0 miles long from the Windham Rail Trail to the Salem Main Street Depot. The next 1.3 miles are under development with CMAQ grants helping. The remaining distance to Methuen is not complete or funded but passable on a regrind surface. This 5.2 mile Salem corridor is the south link of the Granite State Rail Trail. (Submitted by Dave Topham, FSBPC Co-Chair & Treasurer)

The Salem Bike- Ped is now paved and open to Tuscan Kitchen!

My family has been biking this trail for a couple of years now. It's very pleasant due to not having many road crossings between Salem and Derry.

We came to the southern end of the Windham rail trail and to our delight found the Salem Ped Rail Trail was freshly paved and had opened on Oct 21, 2016. So we were able to bike about another 2 miles south. Beyond this, the trail is unpaved and we chose not to go further. This makes the paved portion trail about a total 8.3 miles, running from Derry NH trail head thru part of Salem. We have enjoyed biking the Derry Rail Trail which connects to the Whindham Rail Trail for several years, and now look forward to the possibility someday that you could bike all the way to Lawrence Massachusetts.