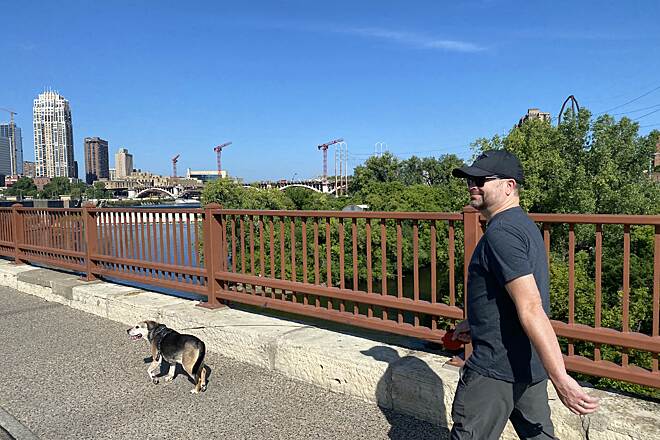 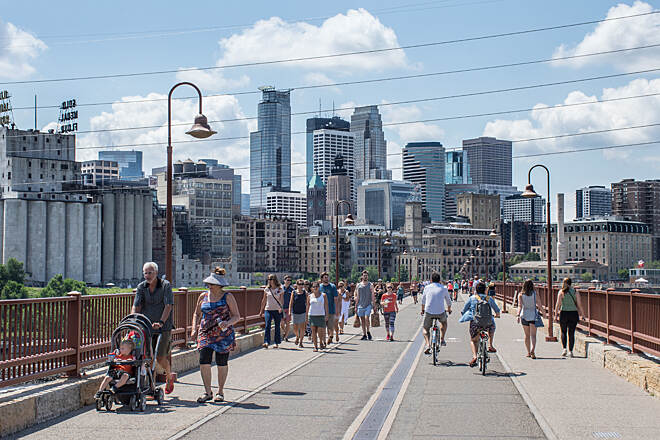 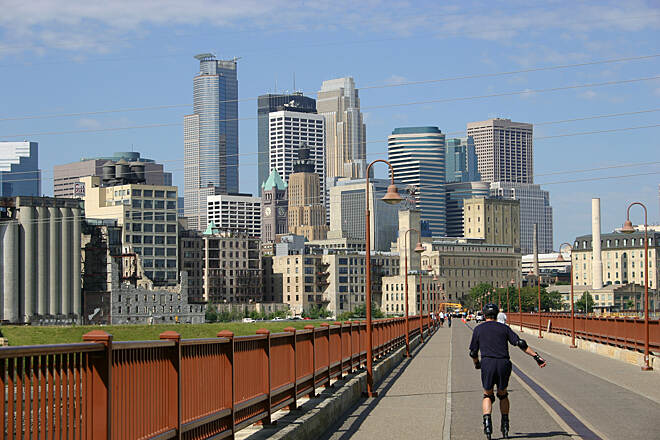 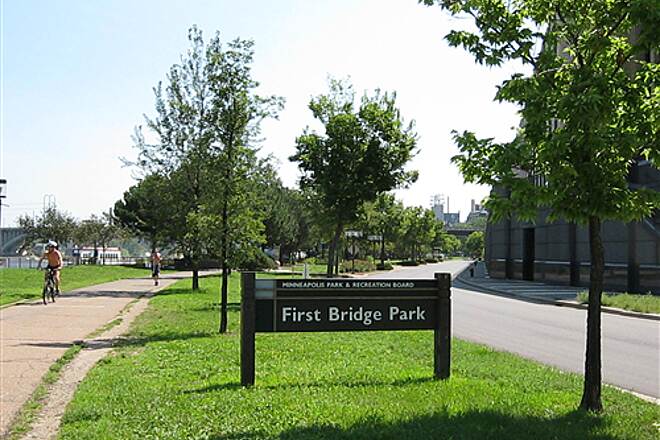 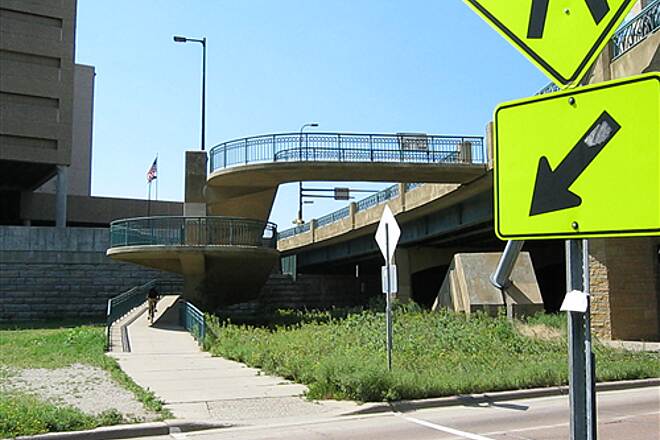 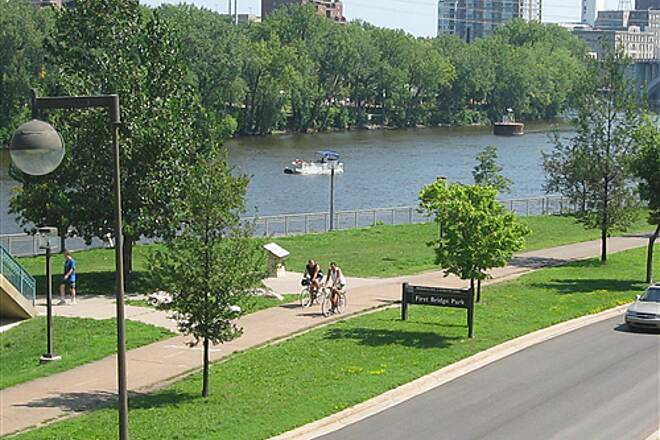 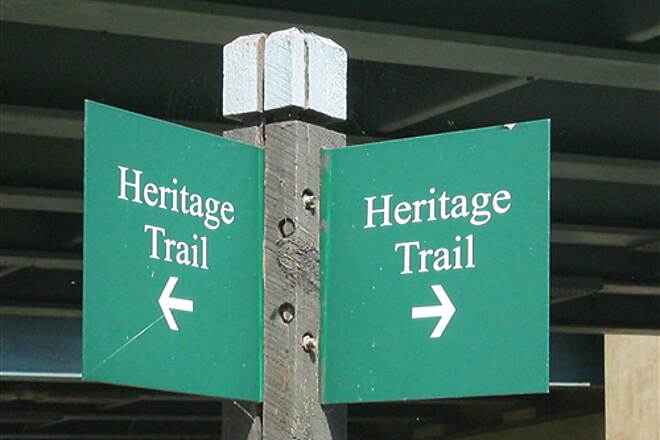 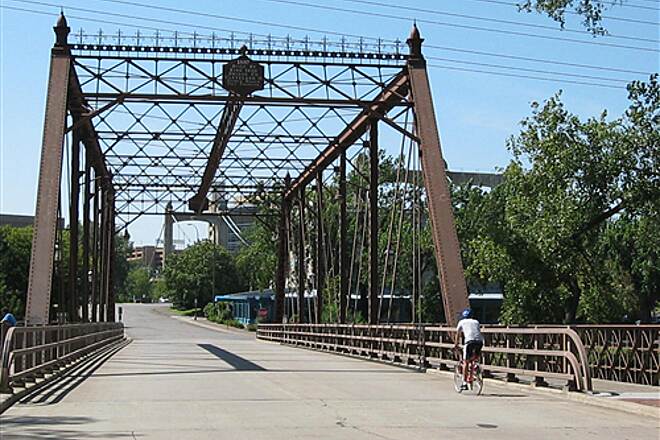 The St. Anthony Falls Heritage Trail is a 1.8-mile loop along the Minneapolis riverfront within the St. Anthony Falls National Register Historic District. Maps, finding aids, and the area’s geological, engineering, and industrial history are related on trail markers. Signs include the stories of American Indians, early white settlers, and individuals and groups related to the falls.

The signature feature of this trail is the Stone Arch Bridge, which is the only one of its kind over the Mississippi River. Built in 1883 by the Great Northern Railway tycoon James J. Hill, it facilitated the movement of people and goods across the river by rail until 1978. Consisting of 23 arches made from native granite and limestone, the 28-foot side bridge stretches for 2,100 feet, spanning the Mississippi River below St. Anthony Falls.

The bridge provided a link between the midway section of Saint Paul and the East Bank Mills in Minneapolis. It was also part of the region’s early railroad network, which made each train line responsible for finding its own route into Union Depot in downtown Minneapolis. Designated as a national Historical Civil Engineering Landmark, the Stone Arch Bridge sat idle for more than a decade beginning in the 1980s. A group of private and public organizations began refurbishing the landmark, which reopened as a pedestrian/bike bridge in 1994.

The short riverfront loop takes trail users across the bridge, providing a spectacular vantage point to view St. Anthony Falls immediately upriver from the span or downriver toward the University of Minnesota campus and the Dinkytown Greenway bridge, the next walk/bike bridge that crosses the river a short way downstream.

The trail passes next to Father Hennepin Bluff Park before following along Southeast Main Street, a riverfront section of retail shops and eateries. There is an option at Father Hennepin Bluff Park to head along streets toward the main university campus to the southeast, where trail users can link up with the Dinkytown Greenway trail that crosses the river about 0.75 mile to the southeast.

Otherwise, beyond these storefronts, the Heritage Trail crosses Nicollet Island, passing a pavilion on Merriam Street, before crossing the Hennepin Avenue Bridge back toward downtown Minneapolis.

Immediately down off the Hennepin Avenue Bridge, the trail passes through First Bridge Park on the West River Parkway for an opportunity to continue north, south (Minnehaha Falls is 6 miles away), and west to other major Minneapolis trail networks. Heading south along the West River Parkway Trail completes the loop at the trailhead/parking area for the Stone Arch Bridge, the lock, and the dam as well as other historic landmarks in this old mill district complex along the river.

Nice walk with our senior dog

The whole family enjoyed this historic and scenic walk.

I grew up on the Mississippi River. My husband is a historian and loves bridges. We were married in this bridge. Note you do need a permit from the Minneapolis Parks Department.