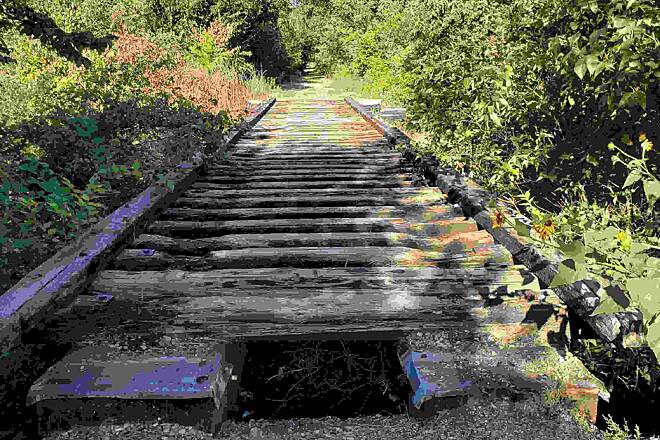 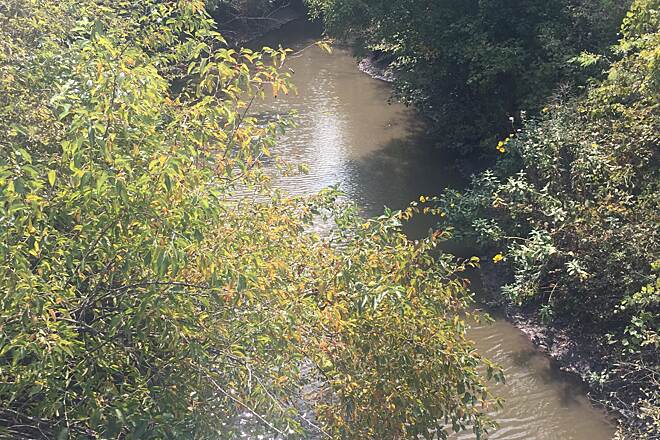 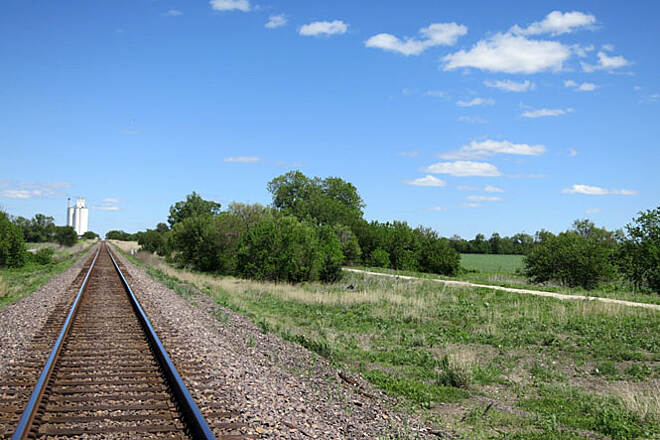 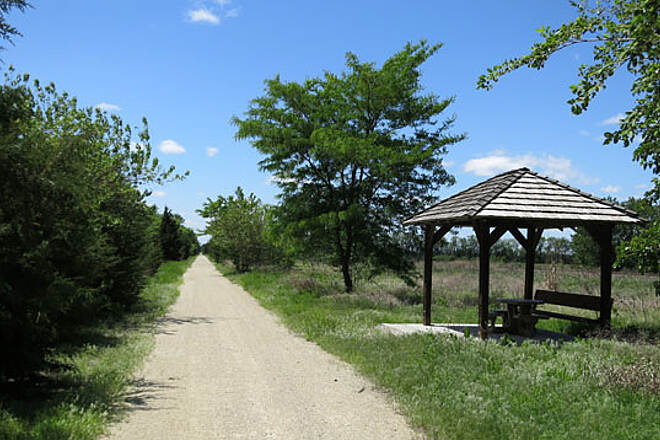 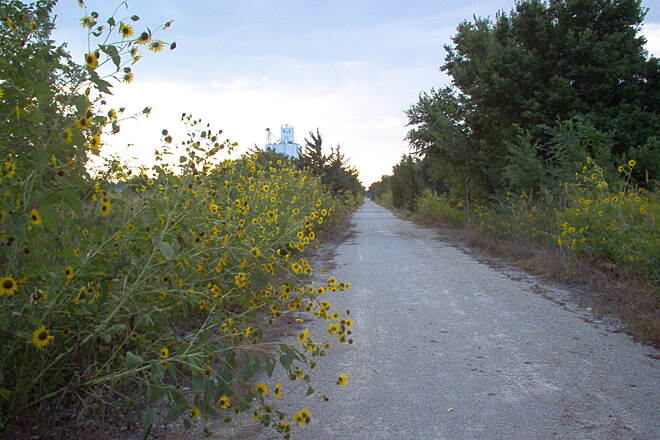 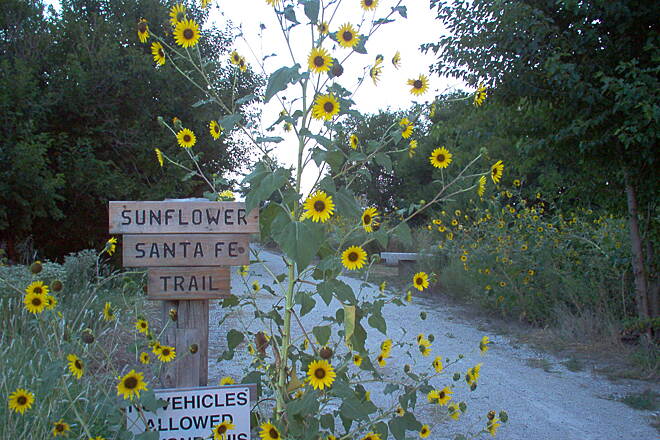 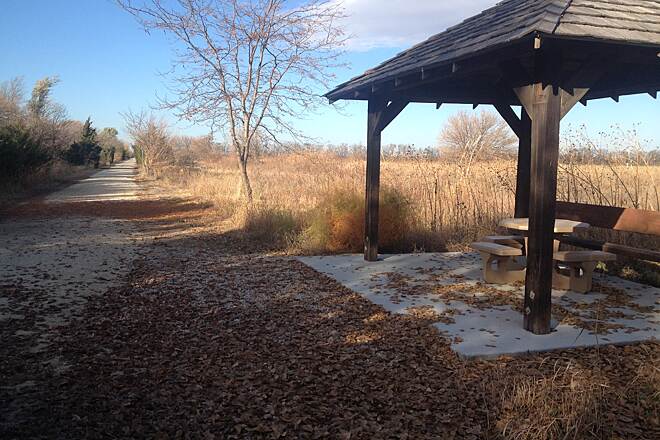 The vision for the Sunflower Santa Fe Trail is a grand one: 33 miles across a scattering of small cities on the windswept prairie of central Kansas. The heart of the trail lies in Galva, just an hour north of Wichita, the state’s largest city. With a population of fewer than 1,000, Galva is pure rural Kansas, largely residential with a quiet Main Street running through the center of town.

About a mile of trail now runs from the center of Galva—about 100 yards west of S. McPherson Street—to 20th Avenue and parallels an active Union Pacific line for its entire route. On the east side of town, another section of about a mile is also open. But even with this short distance, the trail is a beauty. True to its name, sunflowers bloom brightly along the trail in the late summer.

The trail is being built on the old corridor of the Atchison, Topeka and Santa Fe Railway corridor, which played a key role in the settlement of the state in the late 1800s. As a nod to this heritage, its trailhead, located just a few blocks from Main Street, features a gazebo made of old railroad timbers.

More than a century after its Wild West heyday, the disused rail corridor between McPherson and Marion was preserved by the Central Kansas Conservancy in 1997 for conversion to a rail-trail, via a process known as railbanking. Today, the growing trail is maintained by the Galva Friends of the Trail group. At least once a month, these volunteers are out there clearing trees and brush, spraying for weeds, maintaining the trail’s footbridges, and completing other tasks that make it suitable for walkers, bicyclists, and horseback riders.

Parking for the Sunflower Santa Fe Trail can be found at the trailhead located 100 yards west of S. McPherson Street. Visitors may drive on the gravel extension of the trail from the road to reach the parking area.