Looking for the best Dog Walking trails around Blackfoot? 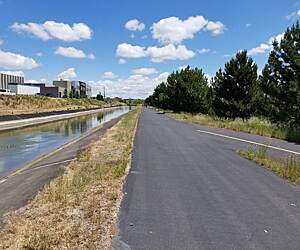 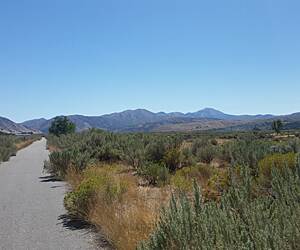 It isn’t 11 miles from point to point but there are many off shoots that the map shows. We had fun and it was pretty for the most part.

No this isn’t a hard trail but it’s very pretty. Ride by a college, sculptures, animal topiary and the falls. It was great place to ride this after being cooped up in a car all day. Very friendly people on the trail.

Not a destination trail ,But..

If you're in Idaho Falls it's a must ride as a city trail it's tops. Paved about 6 miles the water falls are beautiful. I had no problem following it across the road. In the summer it is a city full of tourist so watch yourself when crossing roads...

Worthy of A Ride

Location: Idaho Falls, ID
Parking: Ryder Park, south end of trail
Trail Condition: Some sections excellent, some portions older and needs attention. Good number of sections need some brushing work to clear brush, low hanging tree limbs, and weeds from along the trail.
Signage: Very minimal. Take a map along.
Comments: Overall I really enjoyed this trail. Great scenery and variety of art along trail. It passes through a number of parks and green spaces. A number of other trail users were encountered. I rode the complete trail system and logged 16 miles. From south end to northern end the most direct route was 5.7 miles.

Lots of variety on this relatively short system of trails. I skated from Idaho State to Edson Fichter Nature Area and back. There are a few hills near campus but they aren't too steep. I really liked the varying scenery on these trails. Hills, sunflower fields, in-town section with big rock cliffs, sagebrush flatland, creekside, and then ending at a nice pond. Pavement is pretty good except along the creek on the way to Edson Fichter where it's rough for skating.

I agree with the prior posting, no signage, confusing, and hard to navigate. But the most disappointing part is that it was not 11 miles from one into the other. It’s 5 1/2 miles long and that was with getting lost several times. This needs to be corrected by rails to trails Conservancy.

We started our ride at Freeman Park on Science Center Drive and did an out-and-back ride for the entire trail.

The greenbelt guide that is available online is broken down into sections and is somewhat confusing. The trail is paved but the trail surface is a mixed bag. Some parts are narrow with tree roots protruding on the trail. Other sections, such as the east side of Memorial Loop, are wide and recently re-paved.

There is no signage at all. At some points, the trail crosses some major intersections such as the Pancheri Bridge and there was little thought given to how the cyclist might safely cross the busy street. The trail along the Sunnyside Extension passes through an industrial area. You can continue along the west side of the trail and cycle through the Snake River Landing Trails but, again, no signage as to how to get there.

This city is not cyclist friendly so you’ll have to watch out for motorists who don’t know how to behave around cyclists.

The section of the trail near downtown called Temple Loop and Memorial Loops are pretty and take you through parks along the Snake River. There is some nice artwork in the parks with plenty of green grass and places to sit and have a picnic.

Overall, I feel that this path is geared more for walkers. However, it is an interesting way to see a slice of downtown Idaho Falls that is quicker than walking.