Looking for the best Birding trails around Meridian? 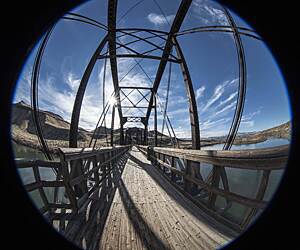 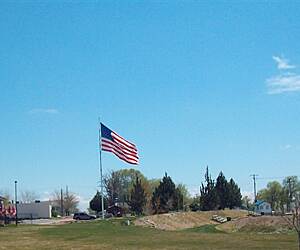 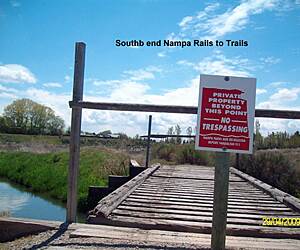 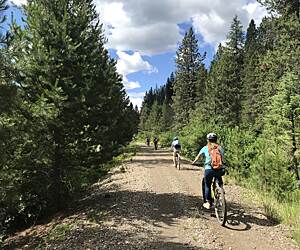 A very nice walk. Great for all walking levels.

This is an incredible ride. The mostly paved path runs on both sides of the river in town with lots of stopping points. You’ll also find many parks offering great picnic stops, restrooms and bike tools. Plenty of entry points at the parks lining the river. Crowded in the summertime. Head east towards Lucky Peak Dam and it will thin out.

Today in 2020 the various cities along the trail have made numerous improvements, added a number of parks and replace the bridges and trail segment damage in the flooding of 3 years ago. Today you can ride paved trail from Eagle Idaho all the way to Lucky Peak Dam to the east. The replacement of the bridge to Plantation Island is wonderful. And while the section in Garden City continue to have some rough areas, on the whole Garden City has done the most to improve the trail in their city. The replacement of the Plantation Islsnd bridge and pavement on the island is great. The new widening and resurfacing of the section from Plantation Island behind the former Le Bois horse track in nothing short of spectacular.

what a difference two years make

Winter snows have been low. Spring rains have not been bad. New trail addition at west end of trail in Eagle is a great addition. While,as in the past, the Garden Valley section is the least enjoyable it is the most improved and it is clear the City of Garden Valley is working hard to upgrade the trail segments in their city. Perhaps the biggest hilighy is the the replacement ofPlsntation Islsnd bridge tole Bois horse racing facility.

Started at Weiser. Got a flat w/in 3miles of TH. We were riding our fat tire ebikes, each approx 70 pounds. We pushed/towed/tugged the one flat tired bike to a roaded access point through a private farm field, while my husband rode the one good ebike back to TH to get our Jeep and find me somewhere near a farm field. Pushing a 70 pound fatty in soft sand can be a challenge... Found a bike shop, JD's Bike Shop, in Weiser but due to Covid lockdowns, he wasn't open, BUT his phone was on and he was hanging out at his place so he drove over to his shop on his Harley and fixed our flats and a few other issues we were having with our bikes. Jeff was a great guy, we discussed politics and pandemics and for a mere $20 we were off again to finish our adventure.

The next day we started at the Wye TH and rode all the way to Fruitvale and back. We noted that the Hiway 95 bridge was being worked on but the signs for closing the trail were not blocking the trail (going south) so we navigated through the construction debris. At Starkey, the trail is closed with a number of signs and we were re-routed onto the adjacent road. We saw why the trail was closed. There are two lengthy trestles between Fruitvale and Starkey. The Starkey one is missing the entire rail/trail bed due to washout. Only the railing is there. (see picture). Repair for this will be costly. One the way back to the Wye TH, the "closed trail" signs under the Highway were put up but since our Jeep was at the TH, we hurried through this section despite the workers on the highway yelling at us. Yes it is dangerous because construction debris can fall off the bridge onto the trail (including orange peels) but we couldn't walk the 10 miles back to the TH or ride our bikes on the very crowded highway. At a minimum, there should have been a sign on the kiosk at the Wye regarding the closed trail. And there is no mention either of the missing trail at the Starkey trestle or the closure.

The following day was a short one as we rode between Goodrich to Mesa Siding. (Poor directions were given both on the RTC website and the brochures so for those who want to park at Goodrich (there are at least 3 spots on new gravel, but no room for trailers), remember to turn right at the Goodrich Creek road off of Goodrich road. Due to lots of housing development, there are alot of new roads and we ended up making lots of u-turns. There is a trail sign but it can only be seen if you drive from the Cambridge side. We drove in from the landfill side off the highway as the brochure indicated). This stretch of trail is very nice with turkeys, quail and the smell/spoor of a bear under or near the Weiser River bridge. No-one else was on the trail and we were not near the hiway so the peacefulness was very relaxing.

This trail is nicer on the north and middle parts but the south part out of Weiser was not so good and there are lots of puncture vine (aka goathead weed) plants just waiting to flatten a tire. (per Jeff at JD's Bike shop). Also there are very few places to sit and have lunch/snack. We found only two benches on the north end, and only one bench by Goodrich.

Cambridge to Council in October 2019

A nice 40-mile round trip from Cambridge to Council and back in early October 2019. Trail surface was mostly dry, ranging from gravel to a bit rocky. Not great for road bikes but good for mountain bikes and very good for the fat-tire (4-inch-wide) e-bike (allowed) I used this time. Most casual mountain bikers might average about 10 MPH. This section is almost all away from the highway and other roads, so very peaceful. Trees and river views increase as you go north. I had to open about eight cattle gates but none were locked and this may vary by season. There is camping and lodging at Mundo Hot Springs and several other places along or near this segment of trail. Thanks to the many volunteers who maintain this great trail!

This is so worth while to ride. We started in Weiser, rode to Cambridge.
Then stayed at the Frontier motel and finished with the ride to New Meadows. The trail the first half is gravelly, be ready for that. We also slimed our tires and only had one flat that sealed up right away. The second half to New meadows is a better trail and so gorgeous. The wildflowers are amazing and the animals we saw, deer, foxes, bunnies, turkeys, chukkars and lots of birds. You can get a shuttle thru frontier motel. They bring your vehicle to the hotel so you can pack what you need! Don’t eat at Ginny’s in Cambridge. It’s horrible. Mundo Hot springs is not so great either. Just a warm pool to soak in. I don’t think it’s the real deal actually.

Most of the trail closed due to flooding

Record heavy snows and the resulting above average run off have closed most of the trail. As of April Only eastern most 9 miles remain open. Federal water managers predict above flood stage releases into June. Check City of Boise website for closure maps. A key bridge between Boise and Garden City has been removed to save it from falling in the river and park managers say it will have to be relocated. Thus when flooding subsides you will not be able to ride the trail from one end to the other non stop. When it dries out it is still a great trail you will have to ride part and find the detour around the missing bridge to continue on.

Three of us rode almost the full length of the trail on October 8 & 9. Weather was perfect. We rode downgrade from north to south and overnighted at Mundo Hot Springs, strategically located at the midway point. Sophie the owner is awesome and prepares delicious meals. And, nothing better than a hot soak after a 40 mile ride.

We saw very few others and dont think any were doing the full length. The trail is a mix of everything from a few paved sections to some areas that were a little muddy. Rocky seems most prevelent. Id say to do the full length, fat tires and minimum of weekend warrior level fitness are required.

Most upper section is evergreen type and then gets into open high desert type terrain for say the lower 80% of the trail. Summer riding in the exposed sun would seem pretty rough to me. The ten or so miles from the Presley Trailhead to Weiser were probably the least scenic, mostly farm fileds.

Saw a good bit of wildlife including a bear at a safe distance and some mountain sheep foraging on the side of a steep hill. While we were prepared for goatheads, none of us had a flat tire (thankfully).

This is a neat trail (underutilized) that folks should enjoy.

Rode this trail from Eagle all the way to Lucky Peak reservoir over 2 days in late September. A great experience overall. Suggestions would be for a bit better markings along the route, as the downtown areas can be a bit confusing and congested.
The only negative is a local weed called goatheads....nasty little things that resemble organic thumbtacks....flattened 3 of 4 tires late one afternoon. Advise you carry a tire pump!!

My husband and I found this trail and really enjoyed this short walk.It is well-maintained and a pleasant time was had by both.

We traveled this trail in July from Cambridge to Council, with the ambition of going as far as Starkey then back to Council. While fortunately the day time temp was not as warm as it could be (like 100), the sun still beats down on us as there is limited shade. Once we hit Council for a break in the shade to cool off, we decided that we were done. The trail is peaceful, and the grade is easy. The trail surfaces did vary from compacted to very loose, so one does need to keep one eye on the terrain. You must also watch the surroundings for wildlife as we did enjoy what we saw. We traveled 20 miles of the tail and did not see any other riders. We stayed at the Mundo Hot Springs in Cambridge. We jockeyed a truck up to Council so that we'd have a way back to the RV Park. We enjoyed the hot springs that evening!