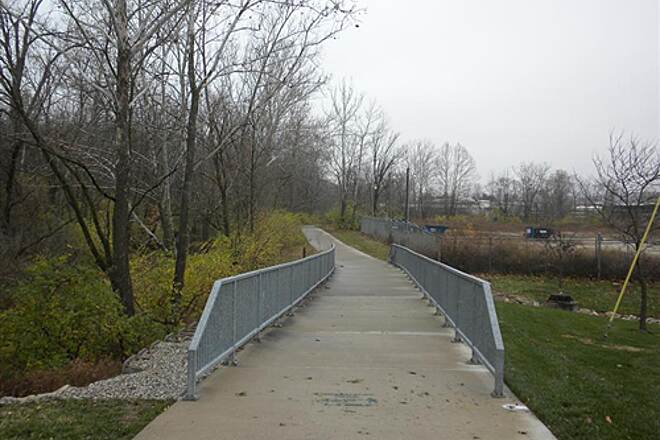 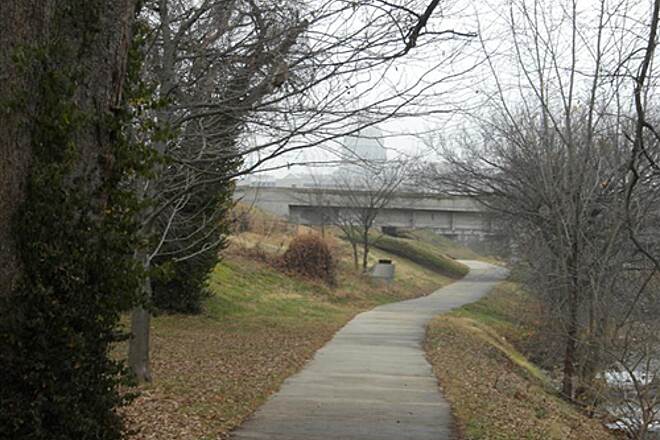 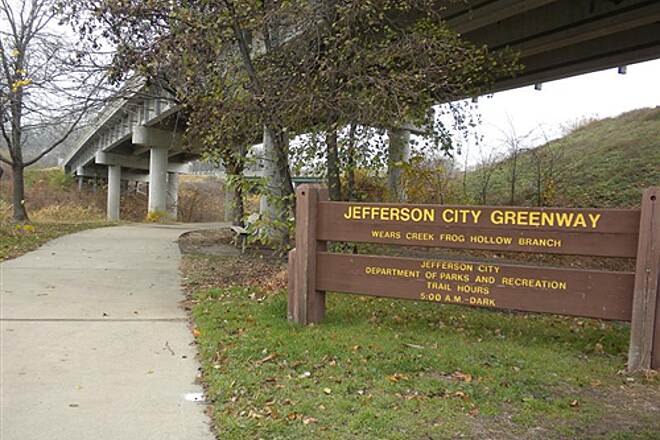 I ride this trail oft when I work in Jefferson City. It’s accessible and fun!

Jaycee Park to Eastern TH and back

We started the ride at Jaycee Park Lake. The first thing we noticed was that the trail needs better signage. Just a quarter mile from the start, we missed the right turn on the trail onto Edgewood Drive and had to backtrack. There should be a sign at this intersection. Since this is a greenway, the trail has a number of walkers and joggers in addition to bikers. There are a number of street crossings and places where the trail crosses driveways, but since we cycled on a Sunday, there wasn’t a problem at the crossings.

Since a good part of the trail runs along a road, it could be noisy during the week. The trail is quite hilly in sections but the trail is in very good condition with a number parks with picnic tables and benches.

We liked the southside section of the trail known as old Munichburg which is one of the older sections of Jefferson City. The trail ends abruptly at Dunklin Street which, I understand, is a short ride to downtown.

Overall, an interesting way to see the various neighborhoods of Jefferson City.