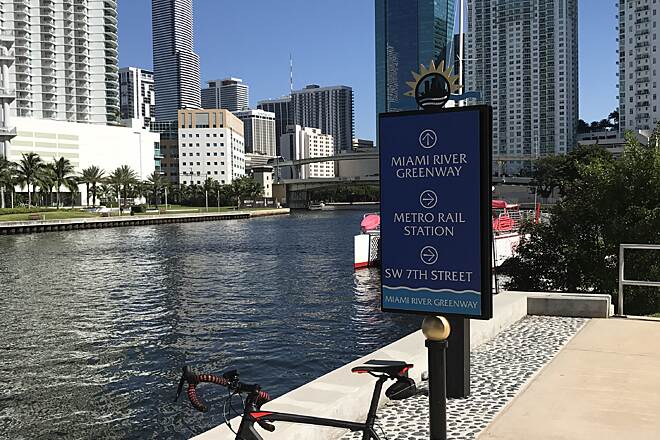 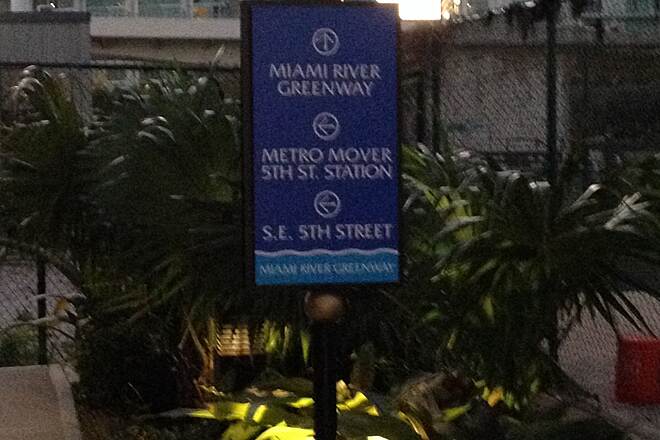 The Miami River Greenway is a developing trail that is helping to transform Miami, creating an integrated network of neighborhoods, businesses, cultural attractions, and public parks along both banks of the Miami River.

The idea for the trail began in the late 1990s and has since developed as a joint project between the Miami River Commission and the Trust for Public Land. When complete, it will be a scenic, paved 10-mile trail featuring historical markers, information kiosks, public art, decorative lighting, and benches.

As of 2022, just over half the trail is open to the public—including sections known as the Miami Riverwalk and Baywalk—with many new segments underway. Note that, outside of the downtown core, the route is largely on-road.

Along the way, trail-goers will enjoy views of the river and the city’s skyline. A highlight of the route is at the trail’s eastern end, which winds through Bayfront Park. The park includes a small beach, an amphitheater, a playground, and many other recreational amenities. South of the park, at the river’s mouth, the greenway circles the perimeter of Brickell Key, an island of towering upscale condominiums.

Farther west, the greenway travels through Jose Marti Park, which borders the river in the city’s Little Havana neighborhood. Here, residents can enjoy an outdoor gym, a pool, playground, basketball courts, and ballfields. A few more disconnected segments of the trail are available near Sewell Park, which offers wide grassy areas along the waterfront perfect for picnicking and watching boats along the river. Eventually, the greenway will continue up the river to Palmer Lake, near Miami International Airport.