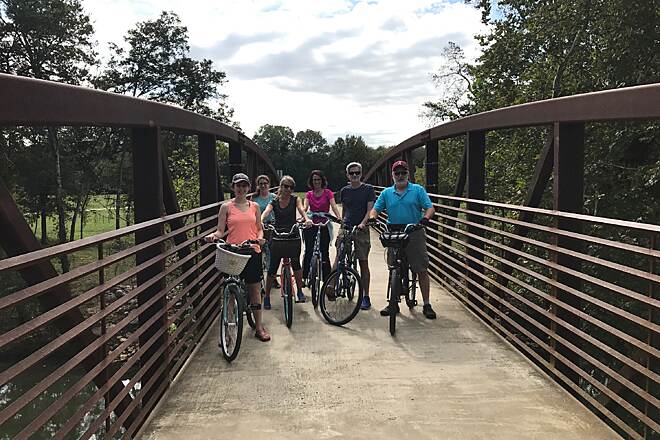 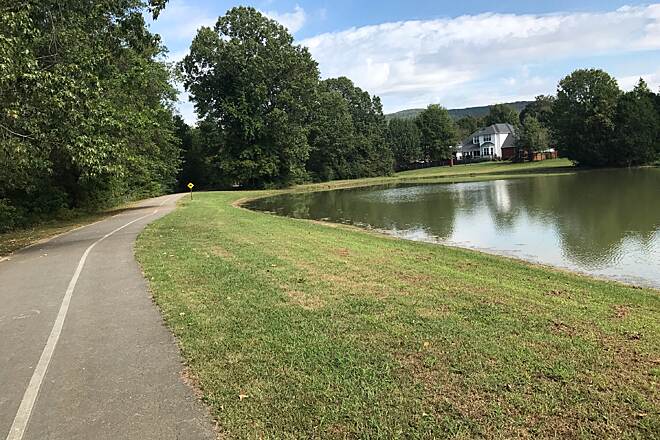 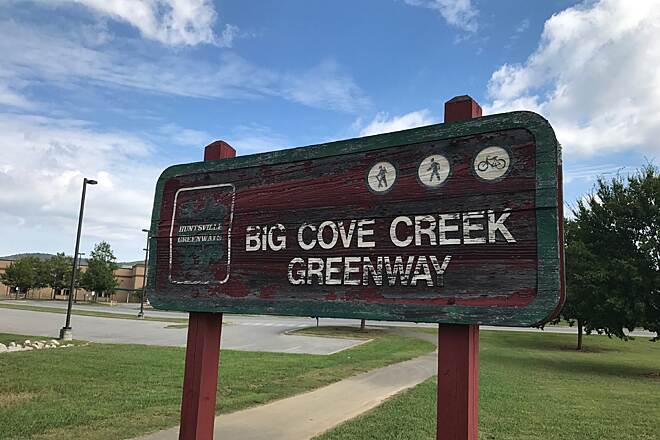 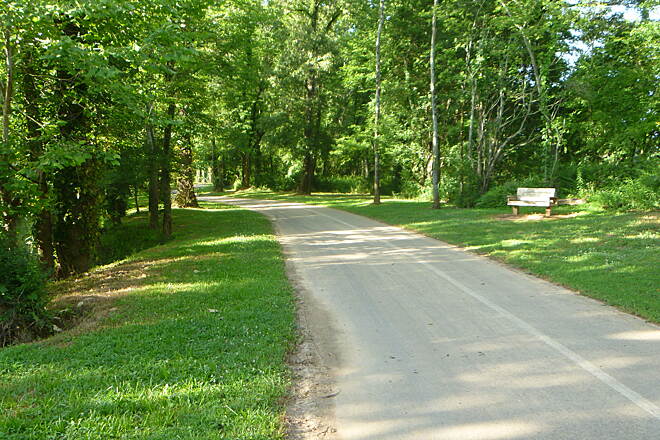 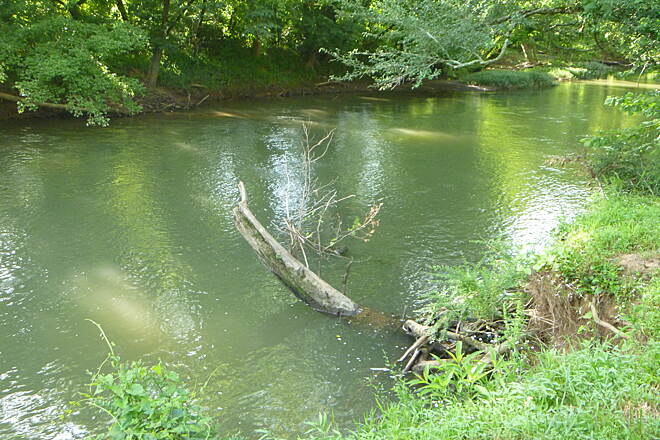 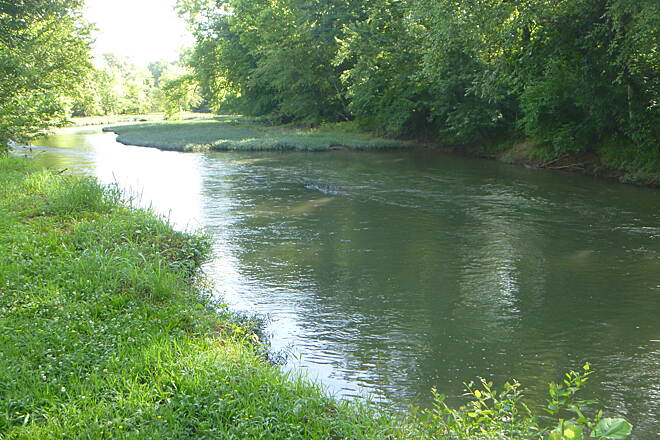 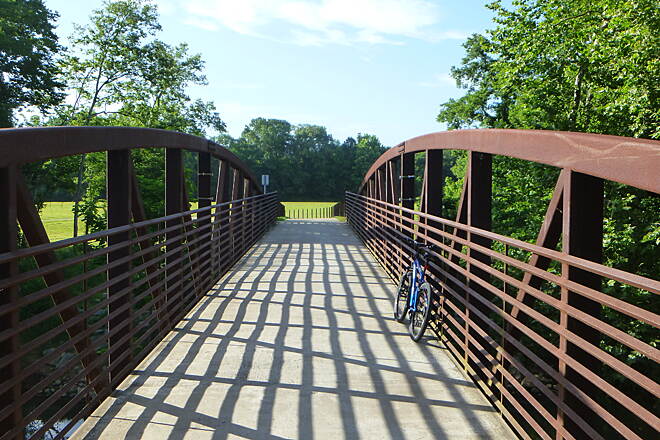 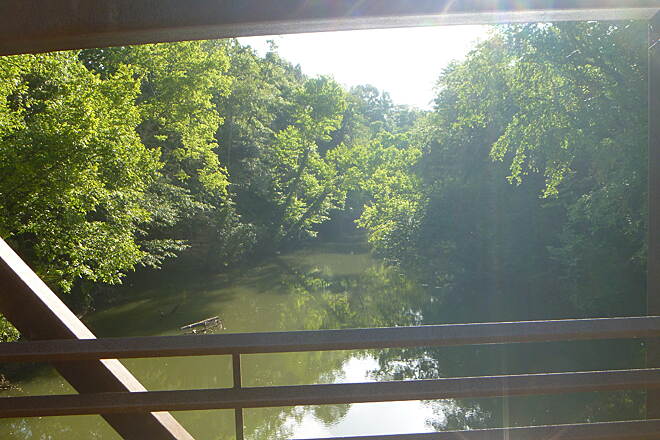 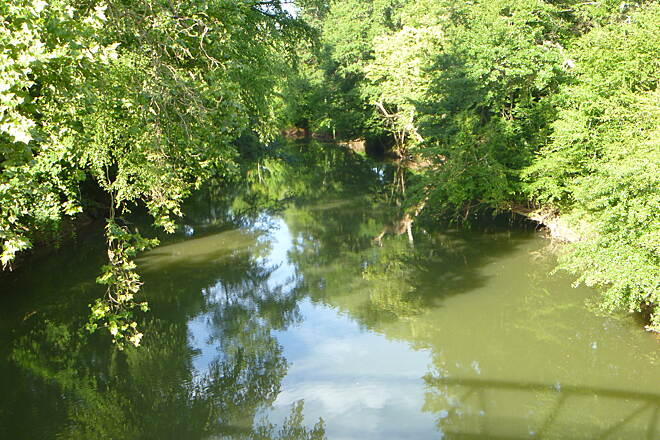 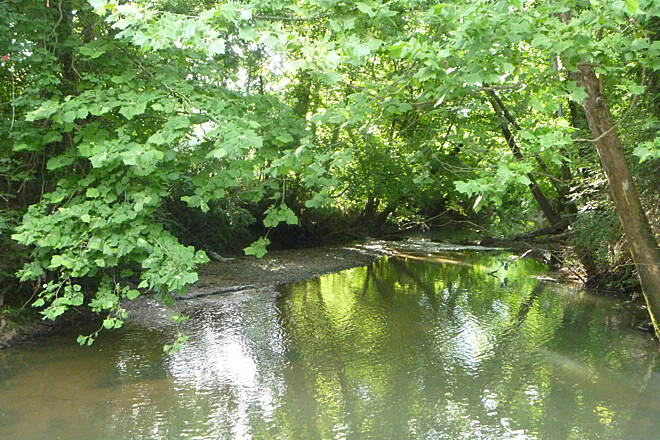 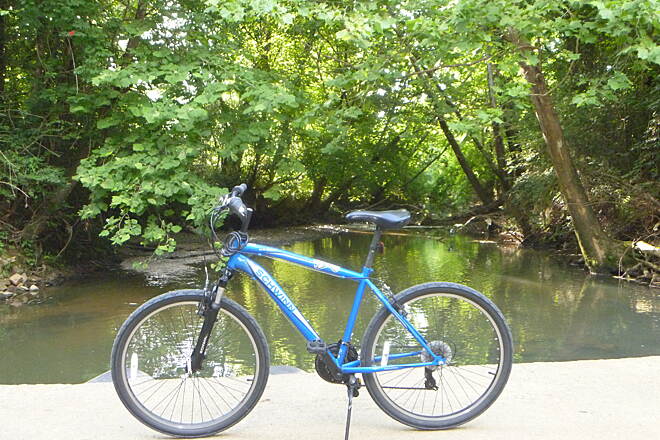 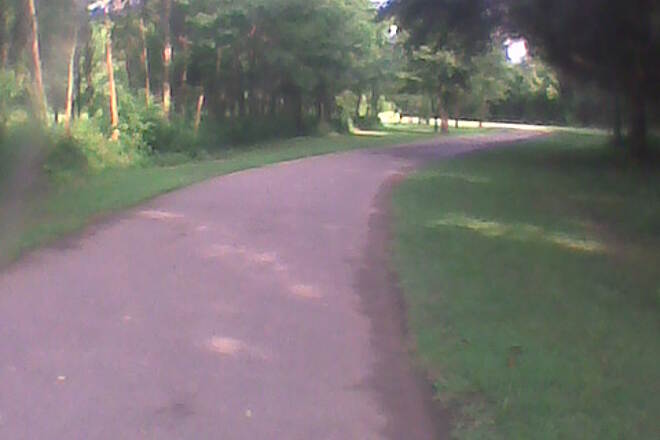 The trail ends at the Hays Nature Preserve, a sprawling city park offering miles of trails through swamps and wooded areas. To extend your journey through the park, hop on the Flint River Greenway.

Mid-trail, travelers can also pick up the Little Cove Road Greenway to go 5 miles northeast to the Flint River and the McMullen Cove community.

Great trail! Very soothing and scenic. Will definitely do again.

Trail is easy to find off main road in city with plenty of parking at trailhead. Thoroughly enjoyed our walk with our dog with most of the trail in shade. This trail connects to Hays Preserve and Flint River Greenway as well. This portion of the trail is marked for bikes on one side and walkers/runners on the other and you need to pay attention to that or get run over! But the trail is very wide and lots of room to get off in the grass if need be. Not a lot of benches to take a break and no restrooms until you get to Hays Preserve.

Outstanding family venue. Plenty of places for kids to play in the water, enjoy the nature park and it’s playgrounds and ride about 9 miles of Greenway. Restrooms in the park are rare for Huntsville’s greenways. Even my daughter said “Good find, dad!” I’ll take that. You can park at either end, or at Hays in the middle.

A hidden gem of beauty

I've been in Huntsville for 2 years, and never thought to go to the other side of the mountain. Glad I did, the scenery is amazing, particular the south end of the trail. Makes for a great morning ride or walk. You get to see birds that'll never appear in the city.

Very nice, clean, family paved surface.... You can get on dirt, I even found a cave, I really enjoy early mornings right before sunrise, all kind of animals... And if you ever get tired of the scenery.... I ride the cart paths of 2 golf courses before anyone arrives

Easy access parking, residential access (for those fortunate enough to live nearby). This trail has it all--nice variety of woods, stream, ponds and interconnected with other area greenways. I love this trail.

The Big Cove Greenway Trail is part of the Greenway trail system of the city of Huntsville. It is paved, relatively well maintained and very popular with the locals, especially when the weather is good. The trail has a nice mix of shade and open areas.

The best access for the trail is at the at the south end at the Hays Nature Preserve. From the parking lot, two trails are accessable. The Flint River Greenway heads south over the bridge over the Flint River. The Big Cove Creek Greenway heads north winding through some marshy area and follows Big Cove Creek into the Hampton Cove area of Huntsville.

At the mid-way point in the trail, there is a small park (behind the Publix shopping center) where there is also some parking. The trail then loops up, crosses the creek, then loops back down and around, under the Eastern Bypass (road) and comes back up by the Hampton Cove Elementary School. At this point, the path splits in two. To the east is the Little Cove Road Greenway which follows the Eastern Bypass for about 5 miles. Continuing south, the Big Cove Creek Greenway goes around some fields by the school and goes for another mile or so skirting a sub-division of very nice homes. Currently, the north end of the trail ends at one of the cul-de-sacs of this sub-division. There is trail access here but not really any parking.

Overall, this is a great trail for biking or walking. It is popular with the locals. The only caution I would give is that the trail, especially the southern end around the Hays Preserve and the Flint River is somewhat prone to flooding after very heavy rains