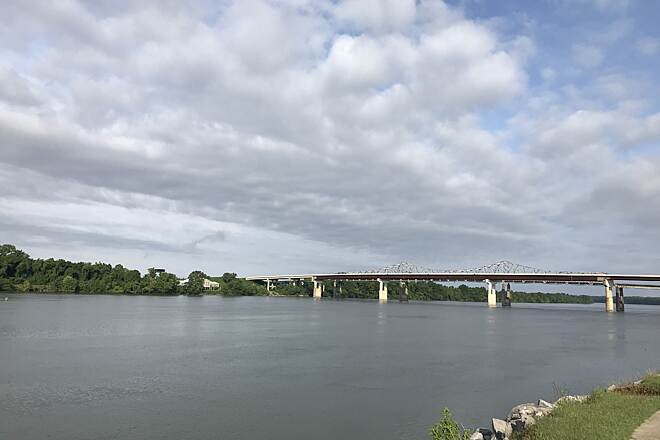 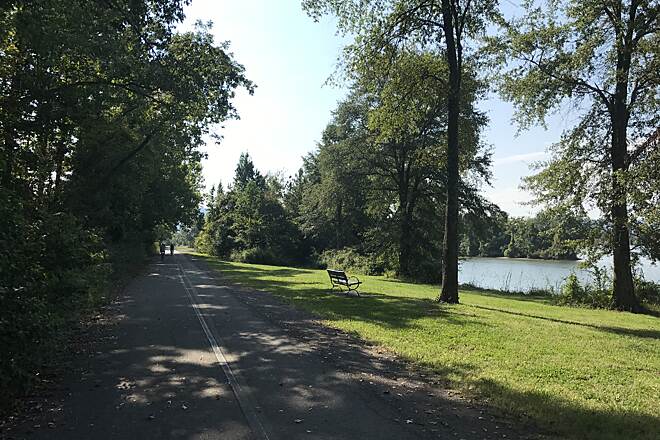 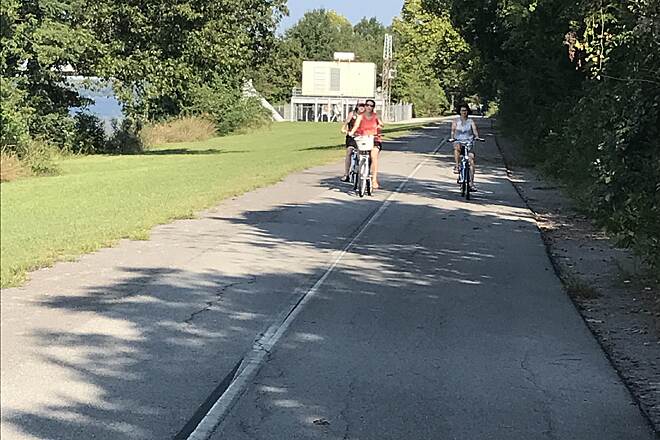 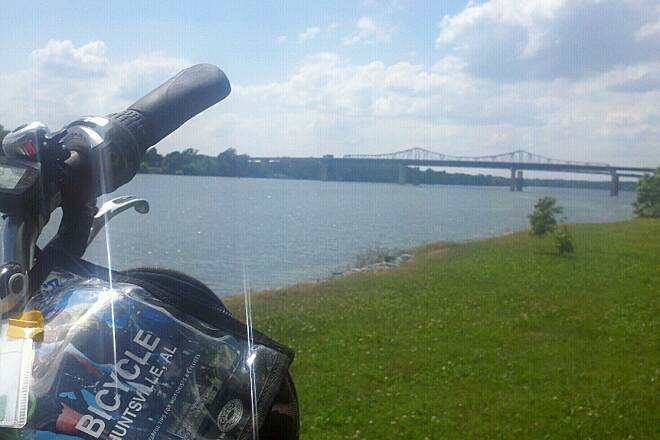 View Trail Map Send to App
The Tennessee River Greenway is a short, but scenic, route in southern Huntsville with a forested area on one side and the river on the other. The trailhead at Ditto Landing offers a great place to access the river to swim, fish and boat, or to camp and picnic on its banks.

For further adventuring, hop on the Aldridge Creek Greenway to travel more than 3 miles north along a wooded creek rich with birds and other with wildlife.

Short Trail but Scenic Views of the Tennessee River

This trail is part of the Huntsville Greenway system. The northern end of this trail is connected to the southern end of the Aldridge Creek Greenway at the entrance to Ditto Landing Park on Hobbs Island Road. There isn't a parking lot at this point but I guess you could park on the side of the road. The trail proceeds south for a short distance to the main part of the Ditto Landing Park. Although this trail has little or no markings or signs, Ditto Landing is small enough that it is hard to get lost. Just ride past the pavilion and south to the river, then turn east (left) and you will run into the main part of the greenway, a wide paved trail along the river.

A little ways down the trail, you will pass by an old warehouse with a large, flat concrete area going out to a docking port on the riverbank. This is the old State Docks which hasn't been used in decades. The trail continues on by the river to the Madison County Marina at the east end of the trail.

This is a short but pretty trail with good views of the river including the US-231 bridge. You will often see a lot of small boats on the river with the occasional barge going by.

Although it is a short trail, combining this with the Aldridge Creek Greenway (another nice trail) makes for a very nice ride.