Looking for the best Atv trails around Racine? 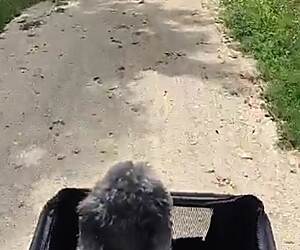 It can get busy depending on what time you go. It also has a lot of debris at times as well

Really nice trail to walk or ride bikes. Good place to take your dog for long walks. Many access points. Even has an access point to Miller Park for bikers or trail hikers. Just wish they had a few trash receptacles every mile or so. Maybe then more people would pick up after their pooches.

I started at the southern end in River Forest. The trail was a flooded mudpit despite the fact that it hasn't rained in ages, was covered in huge fallen tree branches, and just in overall disrepair. Then, just past Fullerton, the trail literally disappeared INTO the Des Plaines River, leaving you NO choice but to turn back around. You're literally no better off on this trail than you would be if you just started off randomly making your way through the forest.

I mostly ride the crushed Gravel from the Genoa City Parking area down to Petersen Park. The trail is well maintained, although some of the asphalt is in need of some TLC. All-in-All, it's a 5 star trail as is most of the trails in Illinois. The parking areas are well maintained and convenient with Bathroom facilities and water.

I have been riding this trail for 10 years now and it is awesome. I ride a MTB and a drop bar gravel bike and both are well suited for any conditions on this trail. I personally love to ride thru mud and water...it's just plain fun as is this trail.

This paved trail is a short (3 mile) north-south connector between two more prominent east-west rail trails -- the Lake Country Trail and the Glacial Drumlin State Trail. The route in its entirety parallels Cushing Park Road, running for more than a mile along the western edge of Lapham Peak State Park and Evans Prairie, where views of prairie grasses and wildflowers can be enjoyed by passing bikers and hikers. Elevation changes over the gently rolling terrain are easy to negotiate.

Absolutely The Best Trail - All Directions

The Fox River Trail is a gem in so many ways. I usually park in Dundee or Geneva, IL. I can go north or south on the trail from either of these towns and get a 24 mile ride in. The towns along the way are just super for stopping for lunch, coffee, shopping and of course ice cream. The trails are so well maintained and there is a scenery change no matter what direction you go. I don't have a favorite direction each one is great. The Fox River is never too far away. I would recommend this trail to everyone and will continue to ride the trail as much as I can. The Fox River Trail also connects to the Illinois Prairie Path which takes you to another great town Wheaton. I park in South Elgin and ride south to connect to the Illinois Prairie Path. Wow! lots of places to eat in Wheaton. Hope everyone gets out and enjoys the Fox River Trail.

I try and ride this trail every spring. Great way to get your legs back in shape after a long winter in Illinois. I usually take the main loop around twice. I go one direction and then turn around and go the other way getting a look at the scenery both ways. The main loop is about 8 miles around so I end up getting 16 miles in. The scenery is nice and the trail is well maintained. You are hardly ever riding alone.

I use the southern most part of Trail from Bloomindale Ave up to Ohare mostly. Trail is great, views, water at groves is close, only negative is all dead wood after flooding. I t can sit and block trails for months until its removed.

Parked at Cottage Grove today and biked out 23 miles and then back to car. It was annoying that we both paid our 5 dollars and then visited the rest room. No toilet paper in mens or women's and both stalls in women's were smeared with feces. Nice surface on trail. Not enough benches. This trail would definitely not qualify as a national rail trail.

Oswego to Algonquin and back

We’ve spent many hours on this trail since we started riding a tandem two and a half years ago. We live close the Virgil Gilman trail in Sugar Grove and have spent most of our time on the southern half of the Fox River trail north and south of its junction with the Gilman Trail. The Fox River Trail also connects with the Illinois Prairie Path and its spurs as you venture north of Aurora through Elgin.

Six weeks or so ago we decided that we would try to ride the entire length of the trail and back. We spent the last couple of weeks on the northern section of the trail making sure that we knew our way through the northern half which has a few sections that go around short breaks in the paved trail such as north of State Street in South Elgin and heading south into South Elgin where the trail meets Raymond Street, there is also a junction to the Elgin spur of the Prairie Path. If you cross Raymond Street, you’ll be on the Prairie Path which you can use to go around South Elgin. To stay on the Fox River Trail, do not cross Raymond – go around the corner to the right. Each of these practice runs also included the hilliest section of the trail between South Elgin and Batavia. Tandems are crazy fast downhill due to the mass and aerodynamics but riding up long hills takes a special kind of love!

Yes, the trail can be busy around the towns; especially on weekends. The same reasons we are attracted to this trail also brings out the people walking and families. We thought doing our end to end ride would be better on a Friday but there were a surprising number of folks enjoying the beautiful day with us. We’re just patient with passing and give a thank you as we go by. More so than some other trails, there are many surface crossings so this trail will not boost your average speed, but we find these limitations to be a reasonable trade-off for this well-maintained trail.

The ride yesterday was generally incident free and went according to plan and was our longest ride to date on the tandem. We started out with a rear derailleur skipping issue which was very annoying (you shift more on a tandem than a single) but a quick adjustment at our first rest stop and all was well. The only other issue was a bridge replacement over Poplar Creek just north of South Elgin. Last Sunday there was no sign of construction, but we approached yesterday to find the trail closed. We checked it out to find that the old bridge had been removed but the new one was not yet installed. Fortunately, we found an unofficial detour and continued. Southbound, there was a sign that indicated the trail would be closed through the end of the month.