Looking for the best Cross Country Skiing trails around Virginia?

City Trails and Maps in Virginia 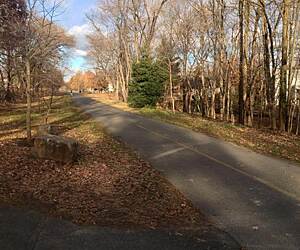 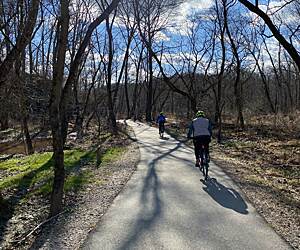 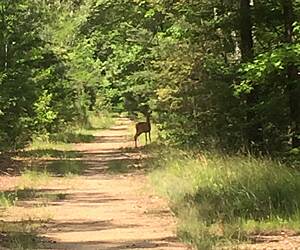 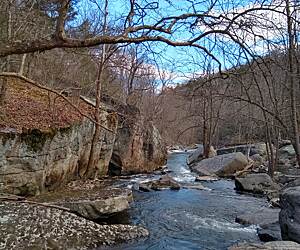 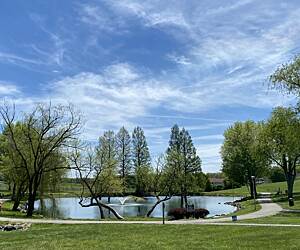 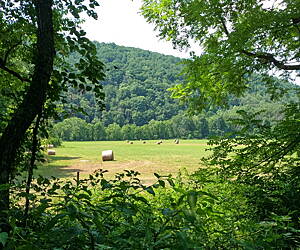 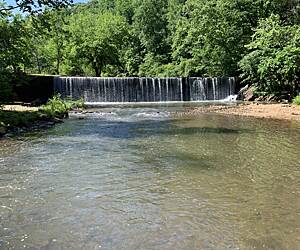 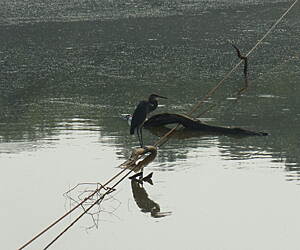 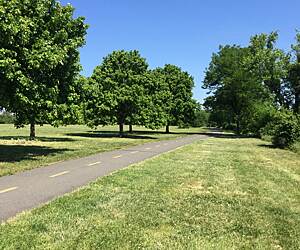 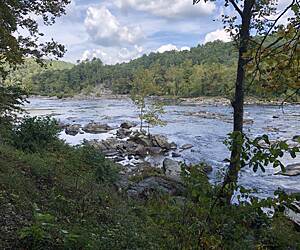 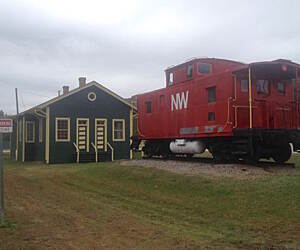 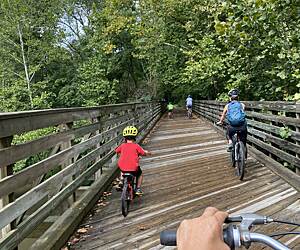 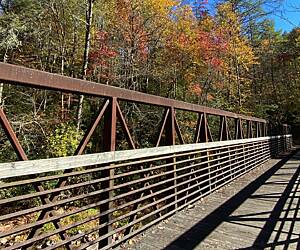 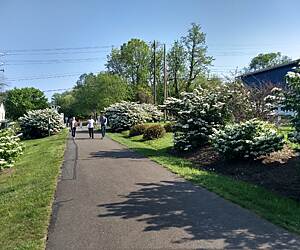 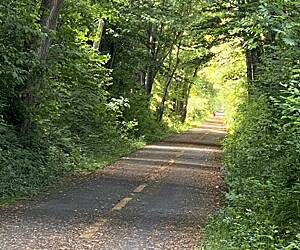 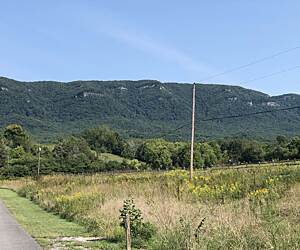 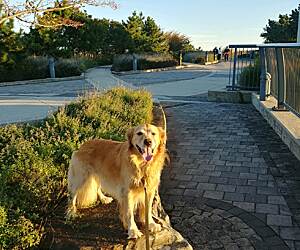 Daughter dropped us off at Mile Marker 40…

…and we rode the trail back to Jamestown. This was in late October of 2021 and we were looking for fall foliage. We were a couple of weeks early. A great ride overall, though, and the trail was in great shape.

FYI, the bridge across South River is now rebuilt and open again.

Excellent bike ride for young riders. Offers a flat, soft surface without too many climbs etc. Also, lots of places (restaurants) etc. to stop and eat along the way. Plenty of parking available around the trail. Trail runs right through downtown Lynchburg!

We accessed the Virginia Creeper trail in Damascus in December 2021. The first day we rode downriver for 6 miles or so and returned the same way. It is a lovely ride with some road noise but after a few miles the trail separates from the road and it becomes a pleasant country ride. On day 2 we booked a shuttle to Whitetop, the top of the trail, with Sundog Outfitters. The 17 mile ride back to Damascus was nothing short of spectacular! We pretty much had the trail to ourselves, which I hear is not the case in the summer and fall. The views were amazing, the trestles intriguing, and the trail was in great shape. One of favorite trails to date.

Rode the trail from Tuggle to the bridge and back. 20 miles total. It was 40F but not much wind. The trail is in GREAT condition. No rough spots at all. Although we didn't stop because of time constraints, the town of Farmville, VA looks inviting.

Rode the trail from Tuggle to the bridge and back. 20 miles total. It was 40F but not much wind. The trail is in GREAT condition. No rough spots at all. Although we didn't stop because of time constraints, the town of Farmville, VA looks inviting.

I biked from glade spring to Santa Cruz road, all down hill, needs signage( basically none) mostly grass and it was a walnuts gardens in a Large area, my advice is it would be better to bike is spring or summer before the walnuts nuts fall!

I biked from glade spring to Santa Cruz road, all down hill, needs signage( basically none) mostly grass and it was a walnuts gardens in a Large area, my advice is it would be better to bike is spring or summer before the walnuts nuts fall!

Real fun, great scenery but get an early start!

Had my wife drive me up the narrow winding road up to Whitetop and drop me off for the ride all the way down to Abingdon where she picked me up and I bought dinner (of course).
Word of advice: Get an EARLY start. Just as I was setting off from the top, three rigs of bikes and bikers were ferried to the top to ride down.

Few of these are frequent bikers as is evident by their attire, and that's fine and I'm glad they're there to enjoy the experience. But I really enjoyed the fast ride down the first 17 miles and if I was in a group or came up on a group it would not be enjoyable at all.

The scenery is top-notch, but in a group it would be hard to pay attention and not crash down the ravine.

Whitetop to Damascus is not all downhill, there are plenty of relatively flat spots. The trail is mostly dirt and some rocks that can throw the tire if you don't watch out. But I just loved the speed I gained and the clear trail ahead. If you're riding uphill please watch out for those coming down - they probably don't expect an uphill rider nor know trail etiquette.

Damascus has several incredible bike shops. I had a great time visiting, checking out equipment and talking with the owners.

Eat at Wicked Chicken! Fantastic menu and quite varied and the food is amazing. There's also an ice cream shop on the premises, and bike lock-up is safe. Service is first-rate.

My only criticism of this trail is the trail transition on to the trestles - not smooth and one must lift up the front tire. In some cases (not all) its like trying to jump a curb. Hopefully in time this is fixed.

Next year I'm considering either staying in Abingdon or Damascus and riding the trail from there. Frankly, there's too much scenery to absorb in just one ride - and the food in Abingdon and Damascus is fantastic.

The Virginia Creeper Trail is beautiful. My husband and I stayed in Damascus and rode our e-bikes, we are in our 60s, from there to Whitetop and back, then Damascus to Abington the next day. The trail was crowded the first day going against the people who were shuttled to the top but nice on the way back. We rode on a Wednesday. It was a wonderful ride. One which I would recommend to anyone.

Walked the North end to where Trestle 16 was located. Beautiful area. I can't wait until the whole trail is done!!

Good ride from Damascus to Abingdon, be careful around town

Parked at the town park in Damascus. There were tons of people around gearing up to ride on a nice Friday morning. Assumed that most were riding/shuttling east up to Whitetop, so we decided to ride west to Abingdon to avoid some of the crowds. Just leaving the town park headed west had to cross the busy main road. No crosswalk was painted on the road, a huge oversight given the number of people crossing the road. First short section of the trail was narrow, with soft fill, so had to proceed with caution. First three miles or so were close to the main road, not such a great section of trail. After Alvarado, trail rose gradually up to Abingdon, nice views of the river and some sections through farmlands. The bridge surfaces were in great shape. Trail surface was usually very good, 32 mm wide tires. Saw quite a few riders heading east from Abingdon towards Damascus. Watch out for the gates that require you to stop and open them!

Trail is in disrepair (Damascus to Whitetop)

The trail is in horrible condition. Ruts and large rocks are plentiful. Plus the trail is full of people who have been shuttled to the top riding down with little regard for anyone riding up. I went on a Wednesday and it was packed. I can't imagine a weekend. Stunning scenery though, but I won't return.

I took my bike and started up this trail from its terminus at the Occoquan Marine Park near Lorton, VA. For the 1st mile, it was obvious, a nice paved trail heading inland slightly up hill. After a mile, I encountered a cross-walk. There was NO marker on the other side, but I assumed the trail continued there. It then went into and around the side of the old Lorton Prison, which is now called the Workhouse complex. Within the complex, the trail ... just came to a stop at a parking lot. No signs, no arrows ... no anything. The map which Traillink provides showed no clear detail of where to go next. I asked 3 people, none of whom had any idea. I biked around all the buildings, went out onto the street, found nothing, and got ready to quit. Then, I talked to a biker who said to find the trail, I had to go out onto a main road (Workhouse Rd.), turn right, and I'd eventually find some signs. I biked over a mile, went into another park and biked around, and found nothing. Finally, I saw what looked like the trail, going UNDER the main road through a tunnel. Biked back up Workhouse Rd, eventually found a small branch off the road with a small GT trail sign in the back, followed its paved trail, only to find it dead-ending. Backtracked and discovered I had to branch off the paving onto a dirt trail to keep on the GT trail. Took it for 1/2 mile, came to a fork in the trail, but again, no sign as to which fork to take. I then gave up in disgust, and biked back to my car.

This trail markers are very poor. Fairfax Cty is a major well-maintained municipality. One would think its major cross-county trail would be reasonably marked. Its not. Thoroughly disgusted!!!