Bend, OR Hiking Trails and Maps

Looking for the best Hiking trails around Bend? 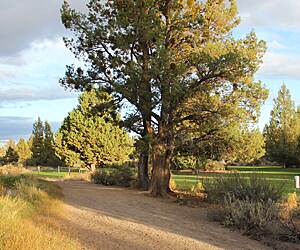 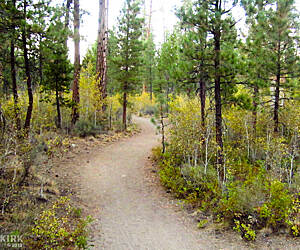 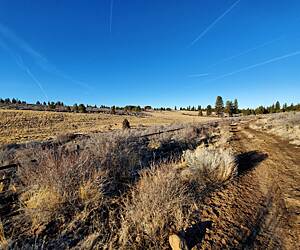 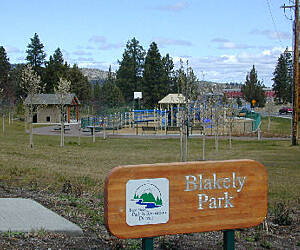 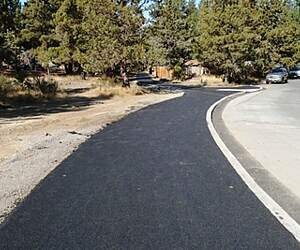 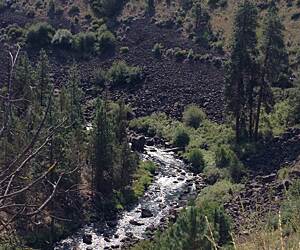 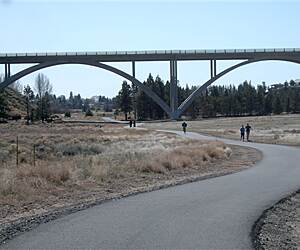 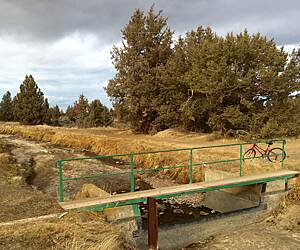 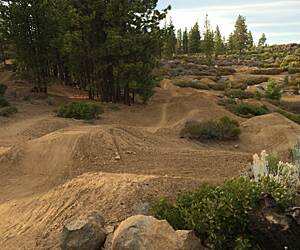 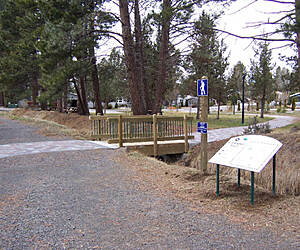 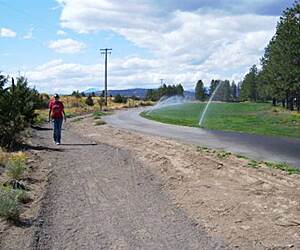 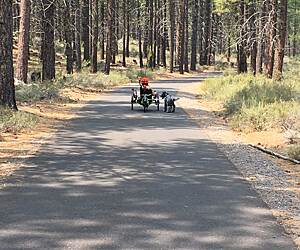 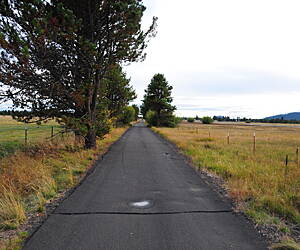 My wife and I, along with our 4 month old labradoodle, did this ride and are grateful we took Diane's advice from her prior post. Start in Sunriver and ride up the hill to the Lava Lands visitor center as Diane posted. Our puppy was able to trot along side my wife's recumbent trike for the first 2.5 miles. Afterwards, he rode comfortably in our dog trailer. The trail is plenty wide and well maintained. There are mile markers throughout and great signage to ensure the rider is heading the correct direction. There are pullouts if needed. No water or restroom stops until you make it to the Lava Lands visitor center. None at the Sunriver location. The Lava Lands Park Ranger was kind enough to allow my wife to stay on her bike due to her disability. This kind gestured allowed us to check out one of the walking trails. There is also a trail that leads to a waterfall and one that leads to the top of the Lava dome. We highly suggest taking the time to explore this bike trail and the many walking trails at the top.

We started the ride at the Lava Visitors Center and rode to Sunriver. The trail in this direction is slightly downhill. The return ride is, of course, slightly uphill. If you are riding with children or novice riders of any age, you may want to start at Sunriver. It’s always more fun to downhill at the end of the ride!

A Great Treasure in Redmond

I rode this trail a couple weeks ago. It isn’t long, but it is in good shape and is a bit of a geological marvel - the canyon runs right through Redmond and the canyon is packed with many sports fields. There are many very well designed access points all along the trail - big stairs with bike channels on each side. It even has a short dirt section off the main trail. If you’re staying in or near Redmond I’d definitely recommend it.

The Central Oregon Canal Trail is a great start, but it needs some work. I am new to the area and was excited to get out and explore the local trails. As I was biking along, I came to sections of trails with big signs saying "No Trespassing." A canal trail continues farther but the signs say that you can be fined or put in jail because Nottingham Square owns that section of trail. Nottingham Square seems pretentious, and I hope that Bend Parks and Rec can work this out to make a contiguous trail for people.

We entered on the trail at south most end. Eight miles round trip, fairly flat. Nice way to see a geologic feature. Easy street crossings, all cars stopped even though we had the stop signs. We are beginner types and really enjoyed it.

Only a small section of this trail is nice.

Good for an easy bike jaunt, excellent for a good run.

The Dry Canyon is Redmond's premier outdoor recreational feature. Reclaiming a jumble of agricultural enterprises (including potato fields, hence the "Spud Bowl" moniker of the soccer field that you'll pass by) and a rehabilitated old city dump (where Redmond residents once tossed their garbage and old cars over the eastern canyon wall), Redmond has greated a wonderful resource for those that want a quiet, pollution free stroll/hike/bike for its citizens. The smooth, curving paved bike path is paralleled by some added features. A good part of the paved pathway has, contiguous to it, a graveled 2 foot wide path for those that prefer to run on dirt. While the paved part of the path general sticks to the center of the canyon, along the canyon rims is a separate developed dirt path for mountain biking and even horse back riding.

The terrain is what the locals refer to as "high desert": juniper, sage, grasses. The wild life, while not abundant, is there for the observant: yellow bellied marmots (aka "rock chucks"), magpies, scrub jays, a variety of hawks, mourning doves, stellar jays, mountain blue birds (rare), rare coyotes, deer, rabbits, mountain chickadees, juncoes, can all be spotted by the observant.

This is a safe path, I've been using it since it was a simple dirt trail fifteen years ago, and have never felt threatened in any way. Looking for a bit of refreshment? Exit the path just south of the Highland Underpass, head north a quarter of a block: Cibelli's Pizza, McDonalds, Starbucks, a frozen yogurt place, and a Ray's Grocery Store are all readily available.