Looking for the best Geocaching trails around Sturgeon Bay? 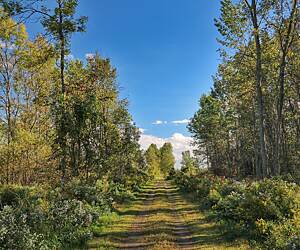 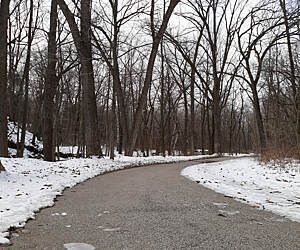 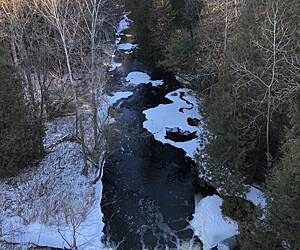 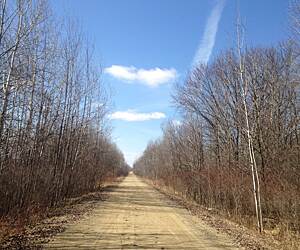 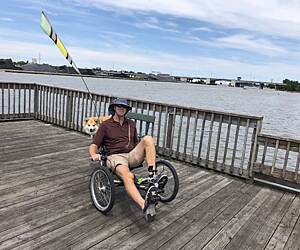 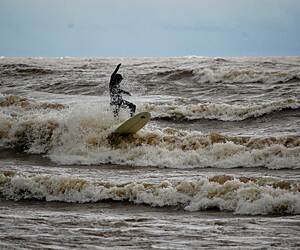 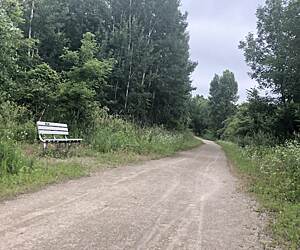 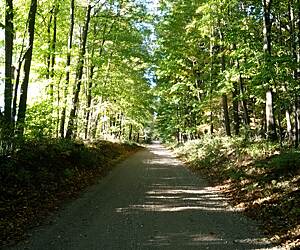 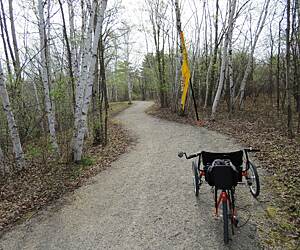 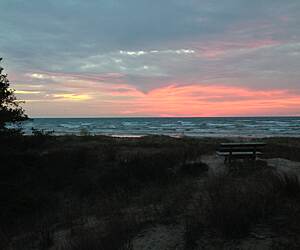 Gravel was so deep it was not possible to ride on it. Only seems realistic for ATV vehicles which we saw plenty of. We needed to reroute our course because we could not ride on this trail.

Forestville to Algoma: Peaceful, relaxing ride through rural Wisconsin and the bridge offers a nice spot to stop and enjoy the view for a moment. I would have given this section of the trail 5stars, but the area near the marsh had high water due to the recent rains and the shoulders are softer much more to the middle of the road than expected.

I rode this trail today and thought it was pretty good,but it has some issues that I didn't like. The trail was kind of rough,and it was tough to keep up any speed because there were not too many straightaways. There were mud spots I had to carefully go through,spots in the path that would narrow down to a foot,and a lack of signs for the bike trail. I definitely prefer paved trails over crushed limestone and the many roots popping out of the ground. It was worth it to try the Mariners Trail and the Rawley Point Trail,but there are much better trails in the Milwaukee area like the Bugline,Hank Aaron Trail,and the Oak Leaf Trail.

I rode this trail today and was underwhelmed. It is very average. I rode from the south end all the way to the end,and then rode the Rawley Point Trail. On the way back on the Mariner's trail I rode on the same side of the trail that I started on. Why on earth are there so many signs saying "do not enter" on the way back heading south? There is no path on the other side of the road,and it's a 45 MPH road. I would not ride on that road.

I do have a previous review from 2016 but I wanted to add that we did a section starting in Kewaunee. The trail itself was wonderful once you get past the Bremmer Park Zoo. Surprisingly smooth given how other sections of the trail are not.

The trouble was, and this is informational for anyone planning to start out at the designated trail head on River Road, the trail is closed with a detour. I think because of the high river and lake level the trail may be flooded. We didn't think much of it and took the detour. Up a very long (about 1/2 mile) steep hill through a neighborhood. Then a few other side streets. Then down another steep long hill (3/4 mile), this one on a curving two lane highway (Hwy C) with almost no shoulder. And lots of fast moving vehicles. Very dangerous.

If you want to start near Kewaunee you are best off parking at the Bremmer Park Zoo, only a 5 minute ride from the official trail head.

beautiful view of the lake!

We road this trail in 2 separate trips across the months of July and August: from Luxemburg to Kewanee and later, Luxemburg to Algoma. Both trips were 16 miles point to point for a total of two 32 mile round trips. A good portion of the trails are shady even with a high sun and we found both to be in good shape with no horse damage or washouts, ruts, animal holes, etc. Starting point in Luxemburg was the typical: "That's the parking lot?"

Luxemburg to Kewaunee - There is parking lot and Portolet about 4 miles outside of Luxemburg which can be a starting point for those less ambitious and near the north/south split to either the Kewaunee or Algoma leg. In Kewaunee, we got some passable brats from the gas station/store across from the clock tower trail head, and sat by the tug boat in the harbor. Looking at the map, we should have moved to the park further north on the lake shore, but now we know. Bruemmer park (water!) 4 miles west of Kewaunee is a nice shady spot to rest, but the "zoo" there needs some help.

The Luxemburg to Algoma leg was substantially weedier (and better marked) but the ground beneath was firm and smooth....so no big deal. In fact, riding on the weeds gave that eerie/stealthy "no sound" tire roll which is very cool. You could probably find some water/facilities in Casco which is not quite half way, but we did not stop. We much preferred the Algoma shore rail terminus as their lake shore/boardwalk is nicer. We got lunch at the A&W across the street.

We encountered scarcely a soul on either trail and both were typical Wisconsin farm, woods, river trails. We're not sure if we will do the northern part of this trail between Forestville and Sturgeon Bay as we are very found of the lake shore rest/turn-arounds and the distances from Luxemburg fit our trip odometer requirements. Both legs were pretty remote with almost no facilities (though some benches) along either leg so bring plenty of water.

Perfect for kids and families!

I rode from Anston(west of Howard) to Shawano Lake .. 46 miles round trip. Comparing Brown county section to Shawano county... Brown county is a much easier section. The trail is pretty much all hard dirt with some areas of refreshed crushed gravel going through Pulaski. The recently downed trees from storms have been cut from the trail. The trail is mostly in trees so not too much hot sun and wind isn’t a riding factor. Shawano county is not really hard, but it is harder than Brown County. I’m no pro but I do ride about 3 times a week and this section was a workout. Glad I had a little wider tire as the surface type kept changing throughout from crushed cinder, grassy path, crushed stone and hard dirt. There were some soft muddy areas from recent rains. Some areas the trees were growing in over the trail and could use some trimming back. Shawano had a lot of deer or horse flies. Bring bug spray, I did not and they bite. Overall it was a good ride.

Cycled from Bowler to Hadley. In Shawano County there were several places the trail was washed out and several bridges has severely warped boards ,
In Marathon county the trail was in excellent condition . At the county line if you looked west the trail was clean and clear if you looked east weed covered. The forgiving part was on the return it became hot and muggy. The Shawano trail is heavily wooded so shady and we saw many deer on the trail.

We rode this on our cyclocross bikes from Sturgeon Bay to Cashton and back, around 54 miles. We have ridden almost all the rail trails in Wisconsin and this is a lovely one. It is a gravel trail and not suitable for road bikes. The trail was a bit weedy in places but easily traversed and the countryside was beautiful. The only reason I give this trail 4 stars instead of 5 is that the trail markers are small and somewhat confusing. We wound up lost in Algoma at one point because we couldn't figure out where the trail went. A map is highly advisable, as is careful attention to trail signs.

Very nice trail that connects several parks with many different athletic facilities. Follows along the river closely. Only downside is parts of the trail may be flooded when the river is high.