Looking for the best Dog Walking trails around Talladega? 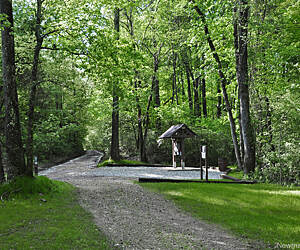 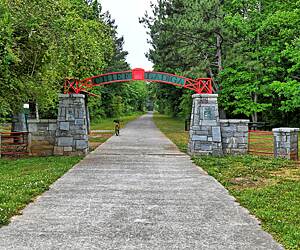 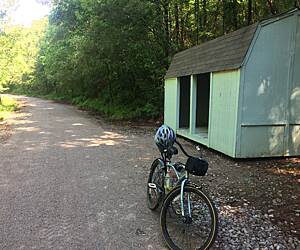 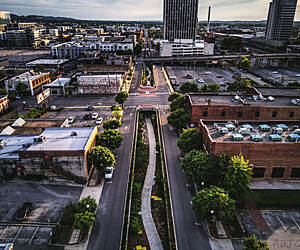 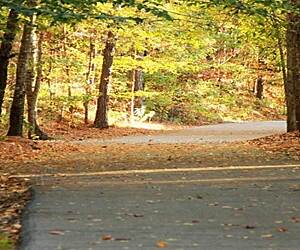 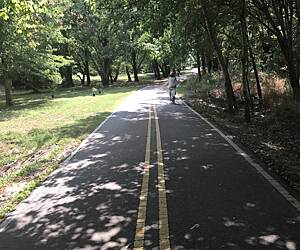 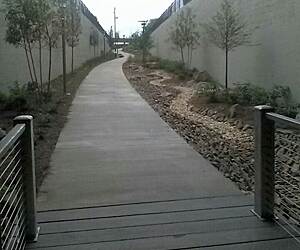 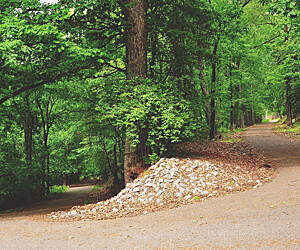 Beautiful trail, just not maintained from Piedmont's area of responsibility and Cleburne county's area of responsibility. Safe to use at lower speeds on road bikes, or best if mountain bikes. Sever bumps from roots, will toss you from the cycle. Large cracks in Cleburne county that tires on road bikes can get caught in. Be safe, ride slow, be observant. Still a great ride.

Rode 40 miles from Piedmont back toward Jacksonville , then from the state line to Cedartown, GA. Love this trail had lunch in Piedmont at Shells downtown, wow!!!! Highly recommend. Only open Wednesday thru Saturday

Great walk and ride. Great for bham as it reflects part of the early history of the city. Blast on the mountain bike.

I live this trail. Recently, a two mile extension opened. I haven't been able to rid it yet but thought everyone would appreciate an update. Here is a link to the news article about the opening and plans for future extensions and connections with other trails in Jefferson County: https://bhamnow.com/2019/06/13/get-your-walking-shoes-ready-five-mile-creek-adds-two-miles-of-trail-in-gardendale-with-plans-to-become-the-longest-trail-in-central-al

On our 50th wedding anniversary trip from Michigan to Gulf Shores we stopped at Piedmont and rode the Chief Ladiga trail to the start of the Silver Comet. Beautiful sunny day and quite warm. The trail is definitely a slight easy uphill grade going east. The lack of any restroom facilities at the junction of Chief Ladiga and the Silver Comet trails was very disappointing as was the lack of places to stop and see the beauty that surrounds. There’s some rough spots caused by roots but not so bad as to cause a problem.

We biked the Chief Ladiga trail from the Anniston Trailhead to Jacksonville State University baseball facility to watch a baseball game (approx. 8 miles total). The trail was well maintained. Passed a few people at the beginning in Anniston with the middle of the trail pretty much to ourselves. Once we got close to the University, biking and foot traffic picked up but was very manageable. We had an excellent adventure on our first Trail biking trip and plan on riding more of this trail in the future.

A great bike trail. The scenery is unbelievable.Lots of wildlife. Alabama should be very proud of this bike trail.

I recently bicycled from Dallas, Ga, to Anniston, Ala. An excellent ride which I highly recommend, that could easily be broken into sections for a family outing or weekend 'de-stressor'. Thank you to those responsible for the development and maintenance of this path. Great job!

Comments;
Trail surface conditions; excellent. The path is cement in Georgia and asphalt in Alabama for the entire length. It is well drained, smooth, wide, and in generally excellent repair. A few areas tree roots have encroached and damaged the asphalt path, but this is not currently an issue.

Signage & markers; very good over all. Markers are located every mile, however a recommended improvement would be to add distance values to cities, towns, trailheads, etc. As for signage there is very little. Interpretive plaques, historical markers, place names, availability and direction of restroom\food\lodging\police\medical signs, etc. could be added at appropriate sites.

Trail maintenance; very good to excellent. The trail right of way is clear and wide, free of encroaching brush and bordered by well kept grass. Some vistas could be improved by clearing underbrush which would allow viewing of surrounding area. Especially when approaching some road crossings is this true. I noticed virtually no litter. Trestles and bridges, while currently usable and safe, are showing typical wear and age. Hopefully a schedule of maintenance exists for these.

Amenities; average. While benches and rest stops are conveniently located and not too far apart, I think toilets or port-a-potties are needed trailside at appropriate locations.

Great job to those who created this trail!

A Walk to Remember

A friend and I began our walk/hike at sunrise at the AL/GA state line. With 33 miles ahead of us an early start was necessary to allow enough time (10-11 hrs) to finish the trail before sunset that evening. The first several hours of the walk gave way to a landscape of beautiful autumn colors, bridges, and streams. Duggar Mtn also provided a beautiful backdrop for surrounding pastures, forests, and farmlands. As we continued on the path through the countryside the scenery began to change as the trail lead us through the small town of Piedmont where we were able to rest for a short while at the Eubanks Welcome Center. For the next several miles we continued to enjoy the beauty of the trail. Entering Jacksonville the trail lead us through the campus of Jacksonville State University and near a old train depot. With the sun beginning to set we finally made our way to the trail end in Weaver where friends and family greeted us with a celebratory bottle of champagne to commemorate a successful adventure.

Started at the Chief Ladiga trailhead at Michael Tucker Park in Weaver / Anniston. As someone else mentioned, plenty of parking and clean, open bathroom facilities. Every bit of this trail is well marked and very well maintained. The buckles or bumps in the trail were marked with white paint.
Took the recumbent trike since this was a paved trail. And, while I wasn't planning to ride all the way to the AL/GA border and the link with the Silver Comet, the trail, weather conditions, mix of shade and sun, I found myself just going... and going... One of the other bikers at the start told me it was a flat ride (relatively), he wasn't kidding. All the elevation changes are gradual, long sight lines, no blind curves, so made for as easy or fast as you like.
Trail was never crowded, bikes, a few hikers/walkers and a single skateboarder (near the college in Jacksonville). Saw flock of wild turkeys, some squirrels and one rabbit. Plenty of birds, dragonflies and butterflies
I hadn't planned on the full out and back, but with Piedmont right in the middle of the out and the back, was able to restock water as needed. Lunch along the trail was as peaceful as could be.
Anyone of any ability could ride as much or as little of this trail as they like. Multiple places along the trail to park, all the road crossings are clearly marked and only one listed as "caution". Plenty of shade, especially in morning or late afternoon. All the bridges are in excellent shape.
Quite a gem.

A Perfect Day in Eastern Alabama

I started my ride at the trailhead in Anniston, a really good spot to begin the ride: a large parking-area directly on the trail, a lovely and well-kept park, and, what was a total surprise to my wife and me, it not only has public restrooms, but also showers, not locked but open for everyone, and with HOT water at that, and everything perfectly clean! We were enthusiastic! Considering the hot showers there, it might also be a very good end of a ride, of course.
In Jacksonville the former railway depot now is a well-maintained rest stop, with absolutely clean facilities. Water is also available there. And don’t forget to sign the guestbook for the trail.
The end, the spot where it connects with the Silver Comet Trail that is, has a nice rest area with benches and a Porta Potty which, after a 33-mile ride, might come in handy.
When I rode the Chief Ladiga Trail on May 19 this year, it was an absolutely fantastic day. It was quite warm, and the humidity wasn't half bad, but as the trail quite often lead under the thick leafy canopy of the trees and as I had the airflow around me, it certainly was bearable. The air was gorgeously fresh, and smelled of every possible tree, shrub, and herb, and I kept thinking that here even the air one breathes was green. I didn't see any larger wildlife, but an abundance of squirrels and chipmunks. The small towns I passed through were some nice distraction – not that I had needed one as the trail showed enough variety: sometimes leading through open meadow, sometimes through green tunnels in a manner of speaking, and later with the wooded hills of Alabama in the background, with a blue sky and fluffy white clouds above. And in between again and again the green wetlands of a slowly meandering gurgling creek.
Finally, a remark about the state of the trail: absolutely fantastic – smooth asphalt from beginning to end [I could easily have ridden my road bike instead of the more cross-country-suitable Salsa Fargo], and if there was a slight dent in it, from a root that was pushing the asphalt up, that was marked with white paint, even if it was just half an inch up. The people who first created that path and now maintain it in such a perfect condition deserve a lot of praise and a heartfelt "thank you".