Looking for the best Geocaching trails around Wisconsin Rapids? 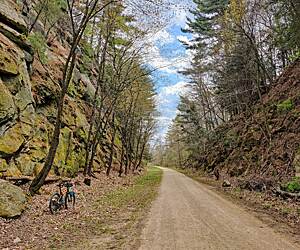 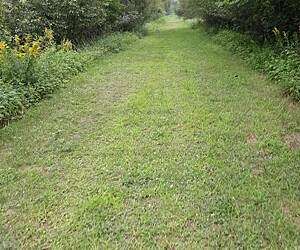 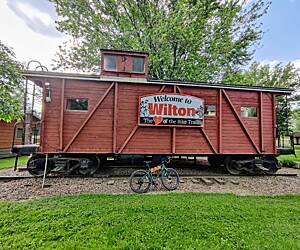 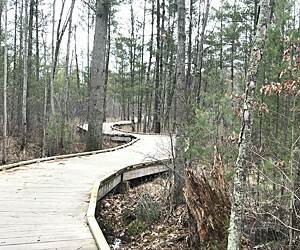 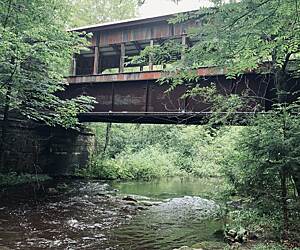 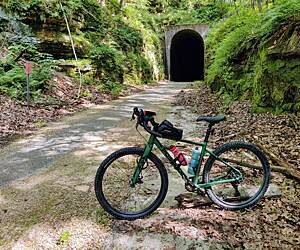 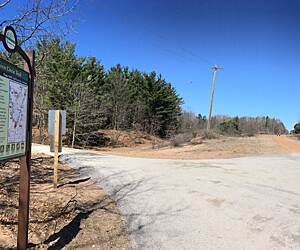 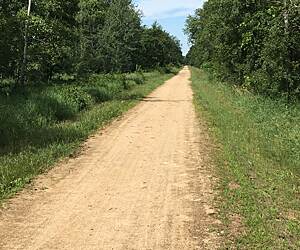 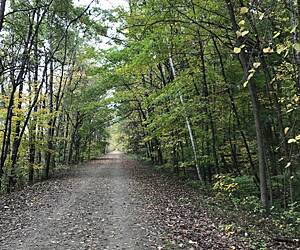 Loved the trail. So many places to rest. Beautiful parks. Marked very well. Awesome to be able to make a loop.

Trail was asphalt and gravel. Others are right the asphalt not maintained but still very rideable! I guess I didn’t expect a paved highway so it didn’t disappoint. The canopy of trees made for a great fall ride. Tunnel was added bonus! Went from Camp Douglas to Elroy. You must bike the main streets of Elroy. Very cool downtown. Nice park/rest area in Elroy. The parking area in Camp Douglas was a little hard to find and limited parking but did the trick.

We started walking the trail on the corner of S. Main St and W. Oshkosh St near Shawano's downtown. There's ample parking and a trailhead there. We headed west on a 4 mile loop that was indicated on the outdoor map. The trail was flat and easy to navigate, mostly paved with granite. It wasn't a scenic route and wasn't well marked. There were times when the gravel trail ended and you had to walk on the road. We had to refer to the TrailLink map and Google maps often to stay on course.

Rode from Elroy trailhead towards Kendall and discovered it’s closed at about 3-4 miles. Looks like a bridge out. Heavy equipment blocks the trail. Drove to Kendall and the rest of the trail was wonderful!

not a recumbent tryke trail, great for fat bike mountain bikes or hiking maybe, but I had to turn around after half a mile, already walked up two steep loose gravel hills

not a recumbent tryke trail, great for fat bike mountain bikes or hiking maybe, but I had to turn around after half a mile, already walked up two steep loose gravel hills

Wife and I took a ride on Sunday with our electric bikes from Eland to Bowler and back. Covered approximately 24 miles. It had rained heavily the day before in the area, but the trail had held up pretty nicely. The majority of this segment is crushed rock and well compacted. There were parts of it that have been overgrown with grass and weeds, but not to bad. My wife’s bike is a cruiser style bike with 2” tires, she had no trouble navigating on the trail. Plenty of scenery changes, with parts of the trail passing by farms, dips into some heavy canopy forest and a covered bridge/stream area right outside the Western edge of Bowler. A very relaxing bike ride, there are a number of stops to cross various county roads, So be aware of any traffic that may be in the way.

This is our new favorite

We did an 10.5 mile stretch from Elroy, WI to about 3 miles south of Wonewoc. Round trip 21 miles. We intended to do 30 miles but we're getting older and the air quality was terrible due to fires in Canada. That said this is a beautiful trail, very scenic, smooth, and a pretty flat easy ride. At a few of the road crossings the ends of the trail were filled in with sand instead of gravel, so watch out so you don't lose control. We chose the 400 due to having lots of stops with bathrooms. We were not disappointed. All of the facilities are clean and well maintained. Most of the small towns along the way have food and beer available, and the local folks are very welcoming and proud of their association with the trail. This has become our favorite WI trail. We hope to get back out there next year and finish the trail.

First time on this trail & it was great. Wildlife was plentiful and condition of trail was really good. Lots of twists & turns so meeting others can be a little tricky. A few road miles but sparsely traveled by cars. But the variety - boardwalks, asphalt, crushed rock, tree lined, urban, rivers, lakes - you name it & you probably see I on this trail. Great signage too … highly recommend.

We were enjoying the wonderful trail in Portage County (Plover to past Amherst) Everything was well maintained, and all the trees that had come down in the storms last week were cut, moved, and we had full trail access. We knew the moment we hit Waupaca County. 3 foot tall weeds sprouted in the middle of the trail, and things were not as pristine. After having to dismount bikes several times to navigate around trees, we made the decision to turn around. Very disappointing!

History at its best tunnels and all!

Been coming here since 1974. It’s nice to see that the trail is still open and being somewhat well taken care of! The best campground to stay at is Tunnel trail campground! So if your staying please contact Julie and Scott for continuing the legacy of their father and mothers hard work and dedication to making the campground and the trail experience so amazing! John Mc

Pretty, but a rough ride

We rode this trail today south from Hustler into Elroy, so missed the Camp Douglas to Hustler portion. It is generally tree-lined, and the adjoining landscape transitions from dairy farming to wooded limestone bluffs to tunnel and then back to woods and then dairy as you approach Elroy. There are a multitude of wild flowers to enjoy this time of year, including multiple stands of the Michigan Lilly, rather rare to see along a trail.
The tunnel is the bomb. We caught it on a coolish morning so mist floated eerily into and around the tunnel. It's the length of a football field and pretty fun. Bring a flashlight or have a strong headlight so you can admire the barrel-vaulted ceiling.
The trail itself leaves a lot to be desired. It's old chip seal that has deteriorated into a bumpy-lumpy surface that is much rougher than a conventional packed gravel such as the Katy Trail in Missouri. We kept our speed down to about 8 mph, but by the time we returned, we were pretty beaten up. It is in fact the roughest rail-trail we've ridden on yet.
Elroy has nice bike facilities, with a sort of 'bike park' that includes restrooms, picnic facilities, bike racks, and a retail bike shop, which is a nice change. However, there was almost no food on this day. We resorted to the single open bar in town for the usual beer and burger.
My advice: If you're not prepared for a bumpy ride, then just ride the trail from Hustler (or Elroy) the few miles down to the tunnel, enjoy the tunnel, and then return and spend the rest of the day on another trail.

The Omaha Spur also connects in Elroy to the Elroy-Sparta and The 400 Trail. It is not as widely promoted as it is run by the country government (not the DNR), but it has its own tunnel and it is largely paved so the ride is faster. Nice rest area just to the east of the tunnel with toilets and. water pump.