Looking for the best Wheelchair Accessible trails around Valdosta? 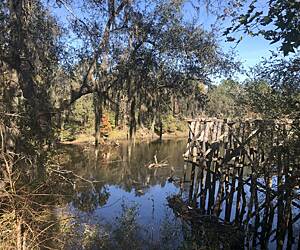 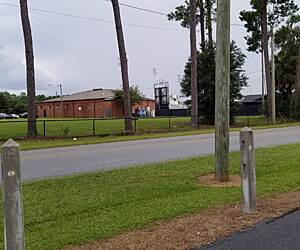 Don’t listen to the crybabies on those last reviews. This is a great trail. It’s quite unbelievable that this little gem exists here. Kind of in the middle of know where. Then when you get to Madison there is actually a nice coffee shop to get a cup of Joe before you head back. Nice 14 mile trail. 28 miles out and back.

Good route except for .5 mile near traffic. The trail needs to be cleaned off and add warnings about bumpy pavement.

Good trail from downtown. A number of stops through town. Trail gets rough near the airport, southern end of trail - not good to go fast on road bikes; tree roots lifting the blacktop. Scenic, relaxing ride.

Good trail from downtown. A number of stops through town. Trail gets rough near the airport, southern end of trail - not good to go fast on road bikes; tree roots lifting the blacktop. Scenic, relaxing ride.

Rode in March 2022 and could not enjoy the ride because of all the limbs and twigs on the trail. Many stops to clear the way. Trail has good potential but because of the unknown condition at the time, I would check before using.

Rode 8 miles out from Madison and back. Lots of tree debris and some really bumpy spots. Had to concentrate on riding. We weren’t bothered at all by the road noise and thought the variety of scenery and the elevation changes kept it interesting.

Went for a 16 mile run (8 out and back) from Madison while wife rode bike. The paved path was recently cleared of debris and several bumps from tree roots had been repaired with new asphalt. Not the most exciting of trails but it gets you off of the roads and offers some shade.

The trail is great and mostly in good shape except for the short stretch by the airport, tree roots are pushing up the pavement. Lots of shade along the way, water fountain and benches. We had a great ride!

Nice Area, Trail Has So Much Potential

Rode the trail this weekend from Madison to almost the end before riding dirt and pavement into Georgia, then back to the trail and to Madison.

Area is absolutely beautiful. As mentioned, if interested in adding distance, hardpack dirt is easily accessible from the trail.

I say it has so much potential, as maintenance of trail was disappointing. Nicely paved areas had a good deal of debris from trees, some not visible until you were literally over top of it.

Other areas further north on the trail are plagued by serious roots tearing up the pavement.

I have ridden many trails in Florida, and this was probably the least / worst maintained of all, yet I still enjoyed the ride and the area.

Also, as a note if you're there on Sunday, come prepared. Many things in the area are closed on Sunday. The market in Pinetta BBQ was closed that day and no pizza inside either. Snacks were lunch.

Would love to see it given some love and go back to ride again.

Trees have fallen across the trail and were not revoved by maintenance crews. Private individuals had to remove them. Dogs at the Davis trailer park are an ongoing nuisance thst have troubled numerous cyclists I've met.

We walked this in two different sections. The first time we started in Madison, where you have to just park on the side of the road, and walked almost to the picnic area just outside of Pinetta. The next time we parked in Pinetta at the parking area in town by the picnic tables and restrooms and walked to the river and then back to the same picnic area outside of Pinetta. Most of the trail is very shady, which is great in our southern heat. If you are heading to the river, be sure and spray with Off or some other type of bug repellent as the biting flies can be pretty bad at times. Wish I could figure out how to upload my pictures because it is really a pretty hike.

From beginning to end the ride took about an hour each way. The shade and rest spots along the way were a welcomed reprieve from the sun and gave us a chance to apply more sunscreen and drink some water. The ride takes you past numerous pastures and livestock. Shady oaks cover most of the trail. It was a bit difficult to find parking. We ended up parallel parking on a residential street.

Get the Free TrailLink App

The trail is always better with TrailLink

Scan the QR code to get TrailLink on your phone