Looking for the best Atv trails around Hanover? 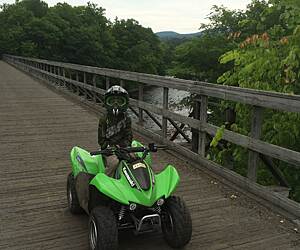 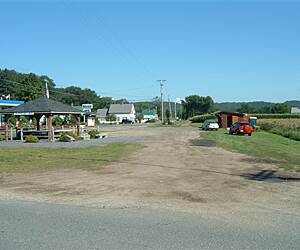 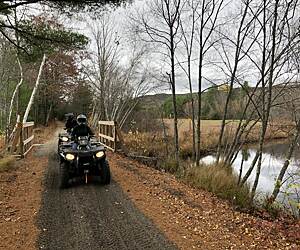 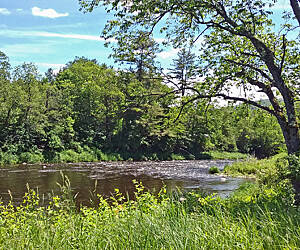 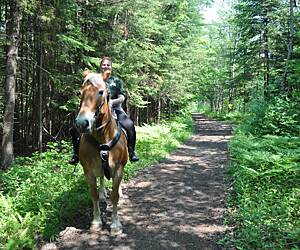 The is was my first event with the MeetUp organization. It was a 40 mile ride with a great group of people. I was the “geezer” and everyone was extremely friendly and helpful. And as soon as Winter is over, I want to do more of these trips.

Parked at the Troy depot heading south toward Fitzwilliam and encountered a huge deep puddle a short distance away, there was no way around it and I had to turn around. It had been really dry, surprised to see a puddle

Parked at the Troy depot heading south toward Fitzwilliam and encountered a huge deep puddle a short distance away, there was no way around it and I had to turn around. It had been really dry, surprised to see a puddle

Took our ATVS down this trail today. Very well groomed, mainly flat surface (dirt and gravel). There is a large parking lot to unload. The trail signage was a bit confusing at times—one sign saying ATVS were permitted and others saying prohibited. If you park at the Fish and Game Road the trail head on the right takes you down a pretty short trail—so I would recommend starting on the left trail head which is decent in length. V

No parking in Walpole

I just went to Black Jack Crossing road. There is no parking. Where is someone parking a horse trailer to get on this side of the trail?

not great for skating

Lots of stop signs involving crossing streets and Frost heaves on the trail. Not a terribly wide trail, expect to go over bricks and wooden Bridges also which are pretty bumpy unless you’re on a bike or something. The other nearby scenic trail is much better

A little more hilly than anticipated but a lot of fun.

Very pretty in the fall

I started from Sawyer River Road parking lot and biked all the way to Swift River near 112 which blocks bike access. So technically you cannot finish the whole trail, even very close. Sawyer River Rd is very good to bike. But think about Sawyer River Trail again before you continue. The trail is not maintained for biking. I had to carry the bike in several locations. There is a big falling tree completely blocking the trail.

The whole trail is very very pretty in the fall. I uploaded some photos.

This isn’t really a rail trail. It is a trail that parallels a working rail. A lot of the trail goes through commercial areas, and it is likely you will see homeless people and the less desirable parts of town. More an urban passage. Given where the trail goes, the views are unremarkable.

Wonderful trail. Nine miles of crushed stone and hard pack dirt from southern end to Castleton University parking lot. I would not use a thin tire road bike. Beware: the southern end is a dead end 2 miles from Poultney and does not have a parking lot as indicated on the trail map. You must park in Poultney in a well marked lot off of Bentley Ave.

We started in Walpole at Blackjack Crossing. First few miles were tough! But the remaining 12 miles into Keene were great. Some great views and remnants of the railroad. Some beautiful cuts in the stone. Highly recommend!

I rode the northern section today. Actually started near the Walpole bridge and rode some other snowmobile trails and some side roads to the junction with the rail trail, then on to Keene. Saw no one until I reached the dump. Trail was a lot of fun, but in much better shape south of the dump then to the north. Very slow grade, north of the dump it was great in places and pretty bumpy in others. I rode a basic mountain bike and had no trouble. Heard there was a bad section somewhere but never encountered anything that was really unrideable except one bad embankment. Trail was also easier to follow and more obvious the further south you went, multiple snowmobile crossings further north. This was the first time I tried this sort of thing and I had a very good time. I enjoyed the terrain and seeing where the remnants of the old line.

Parked at lot at ballfield at end of Depot Street in Boscawen. Go to very end of Depot Street and lot is on the right. Took trail for about 16 miles to town beach at Highland Lake on Channel Road. Slightly uphill all the way. Very few soft spots. In general all trail all packed gravel. Public beach also at Webster Lake ( about 13 miles from Depot St.).