Looking for the best Atv trails around Geneva? 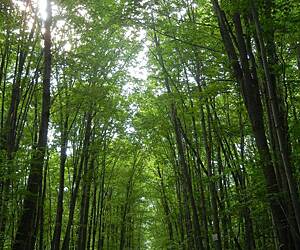 I enjoy this bike trail for the shade, views, and safe path through Greece off of the roads. It is bumpy, so a road bike may be challenging. I’ve done it pulling a buggy with two kids in it. It’s doable. I recommend checking this trail out for a nice ride.

In the fall of 2018, I was camping at Taughannock Falls State Park, and rode this trail into Ithaca. The trail was rural and shaded, made of crushed gravel and well maintained, with a gentle uphill grade on the way back.

There is a nice park called the Ithaca Children's Garden at the end of the trail in Ithaca, and many other trails and walkways in Ithaca as well.

Between the trails, the city, the parks, and all the waterfalls, you could easily spend a lovely day here, which is just what I did. I look forward to coming back to this area, in the near future.

I rode this on my Mountain Bike on 6/28/2020. Weather was warm, bright, and clear. Some of the sections were wonderfully shaded. Very well maintained, some new sections, and looks like continuing maintenance. Crushed stone trail is immaculate, so nice that I saw a few folks on road bikes. It's moderately trafficked but plenty wide enough to handle it. If I didn't know better, I'd say this whole trail was just groomed yesterday. Hardly a skidmark in the stone, freshly planted grass along the sides, and places where the shoulder drops off there are wood fences that still smell like sawdust. Flat, straight, and relatively boring if not for some nice scenery. Overall a nice stretch of trail if you're going for endurance.

Starting at Powder Mills Park, there is a small parking area just east of the trail head by 0.1 miles on Woolston rd that would fit maybe 4 cars. There is more parking further in the park, but you'll have to deal with some hilly roads to get to the trail. Heading east bound, (south east really) it starts off a little downhill, but after that the entire rest of the way is ever so slightly uphill. A fact that was imperceptible until I turned around and realized the return trip felt easier. The internet later informed me it's a 1% grade for most of the 11 miles. Which amounts to about a 200ft ascent. Nothing really. Road crossings are fairly frequent, but none are major roads. However, I recommend heeding the stop signs, because the intersections are blind, especially from the perspective of the ones driving the 3000lb hunks of metal.

The trail map here on is not up to date, and neither is the satellite view on google maps. Just west of Finn's tap room the map shows the trail fizzles out and there is a road detour. However, the stone trail now follows along the railroad tracks and goes straight through. Behind Finn's is a big lot that looks like a nice place to park if you are looking to do half of the trail.

Continuing east, you get to the next break on google maps. There is a road detour of .4 miles on break of day road. It's well marked with signage and easy to find the trail again. The trail actually does continue through, although a small sign says "foot trail only". I was curious about it, so on my way back I took the foot trail. In this small section was stone (not crushed), grass, dirt, and a little wooden bridge with some pedestrians that gave me a dirty look. (probably deserved). A fun little MTB trail in my opinion, but probably best to go to nearby Dryer Road park if that's what you're after.

The trail map ends at Mertensia Park, but it actually continues to Rt 332, which adds a little less then 2 miles. Similarly well groomed and marked. Mapping it out after the ride says it was 10.8 miles from start to end. However, there is nowhere to park at the very eastern end of the trail. I suspect this section was added to give access to Mertensia Park from the tract housing developments that are half finished there.

While there are some backyards in view, in many sections you'll forget you are near residential areas, if it weren't for the power lines. The wildlife was out in full force during my trip. In addition to numerous birds and small critters, in two places I saw rabbits. There was a 2 foot garter snake enjoying a sunny spot on the trail. Luckily I didn't run him over! Then two deer hopped out about 8 feet in front of me. They ran parallel with me down the trail for almost a full minute before ducking off to the right.

Rode from Amsterdam to Fultonville And back had a great ride on a great day. Newly paved section starting about halfway to Fultonville stopped at the Schoharie Crossing historic site very interesting and great subs in Fultonville the new bridge and park in Amsterdam is very nice too....

This will be a great trail when it is completely open. There are numerous detours as you travel north toward the city center.

Good trail... we started from a parking lot near the lake. The signs early could be a little clearer. One might consider starting at Watkins Glen HS. Some of stretches were absolutely great. Forest canopy was really nice. We were nearing the end of the trail when the weather abruptly changed not for the better. All in all a very enjoyable ride. A

Just resurfaced so LOSP is really nice to bike on. The Parkway has such low traffic volumes that it hardly matters that the trail runs parallel to it. Good connection between Genesee River and I-390.

The setting is beautiful and the shaded trail a relief from hot sun. Unfortunately the trail is beat up by motorized vehicle traffic and poorly maintained, so you have to pay close attention to dodging large pot holes and the cobbles used for repair. Would be vastly improved with stone dust vs runner crush and stones. Nice ATV trail and riders I met were very considerate.

Nice ride to get out of the sun

Picked up the trail off of W Ridge road and rode to Latta rd. This section takes you through some shaded wooded areas, as well as a few open fields.

There were 3 areas that required crossing through traffic, but it was very manageable. I am sure there are more intersections on the rest of the trail.

I'd say that this trail is only good for walking and biking. You might benefit from a bike with shocks because it was very bumpy due to roots breaking up the pavement. We rode on hybrids, and managed..but a mountain bike would have been more comfortable on the majority of those bumps.

I was scouting a trail to roller skate, and unfortunately this one will not work.

This was a great trail to get out of the sun. It felt at least 10 degrees cooler in the shade of the trees.

Me and my dad's first time doing it today. Wasn't expecting the trail to be so dead and hilly. It's very loud with all the cars on the 390. It's also very bumpy and lots of cracks. I had a flat tire on my hybrid my first timer on it so I had to walk back. The trail has great signeage. It's a good workout and you can stop by to play disk golf. I would totally do it again sometime.