Looking for the best Birding trails around Binghamton? 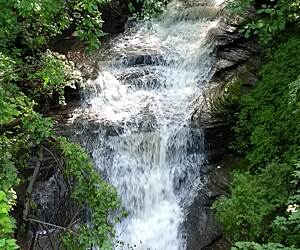 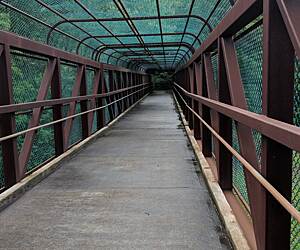 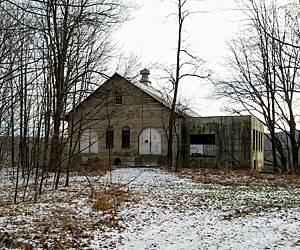 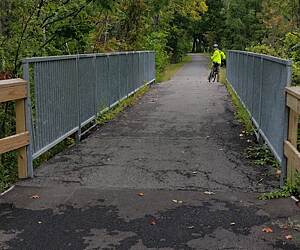 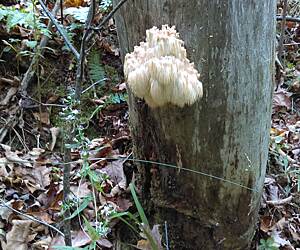 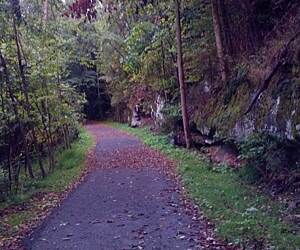 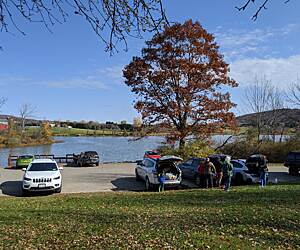 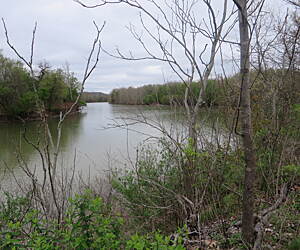 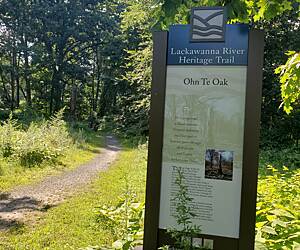 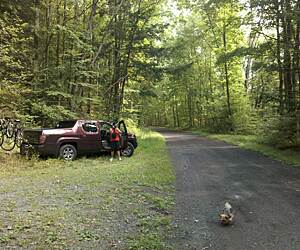 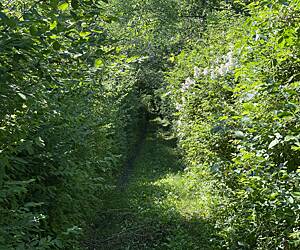 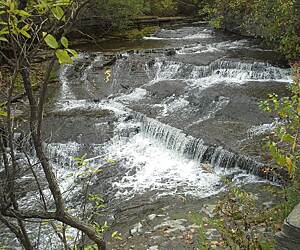 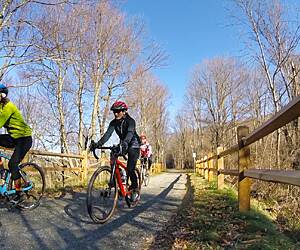 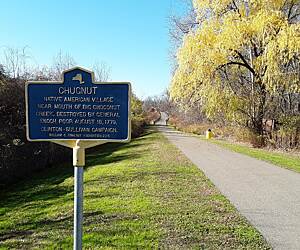 I rode my hybrid bike (no suspension, drop bars, 700c tires) from the trailhead at Simpson to Luciana Park in Lanesboro. I carried two 24oz water bottles, a full gallon of water in a jug, and some tools/spare parts (which were fortunately unnecessary). I tracked the ride with Strava, and all the data presented here is based on information recorded there. Before reading the rest, let me say that this is the first trail I've completed, and I plan on trying to do it again next year (unless I get too busy trying other trails)

I did the ride from south to north because the trail is a really nice crushed gravel from Simpson to Ararat. This section of the trail is 18.6 miles long and mostly uphill (starting at 1146' above sea level at Simpson, and peaking at 2057' in Ararat). All in all, I barely noticed the uphill climb for most of the length of the ride. There are some nice spots to stop and take pictures, including a few bodies of water, some bridges, and there is the sandwich shop in Union Dale that's got really good food.

North of Ararat, the trail is much rougher, and much easier to deal with going downhill (Luciana Park is 919' above sea level, 19.8 miles north of the trail's high point). There are sections that have been greatly improved from loggers leveling the trail to get their equipment through, but there were also spots I had to get off my bike and walk.

Overall, the trip took me 5+1/2 hours, including about an hours worth of breaks spread throughout (including a meal break in Union Dale). I did end up drinking a little over a gallon of water over the course of the ride. Due to the lack of suspension or padding, my wrists were fairly sore by the end of the ride.

Pretty trail, level, great for a family with smaller children

Easy to find; we parked in Dryden Park, nice picnic pavilions, playground. We only walked 2 miles, and the trail was very well kept, clean, nice and wide. Great for younger kids, strollers, dogs.

Very nice bike trail, but poor signage thru Montour Falls. To make it easy: if you are facing the Falls on Genesee St, go left about 6 blocks to Cook. Turn left on Cook and just beyond the city’s DPW site is the trailhead south to Millport. The sign is not seen as you come down the street and we actually went right by it the first time, but it is on the right immediately past the DPW site. The route to Millport is beautiful so it is a shame to miss it when you can’t find the trailhead. It is gradually uphill to Millport so it makes for a very nice ride back. Hope this helps!

Asphalt smooth. River and some wetland views but not that impressive. Worth the ride on asphalt.

Nice smooth trail. Park in marina area at Seneca Lake and follow signs. We might have missed a sign and ended up at Fairground road. Turn left and trail was about 100 yards away. Loved it.

Don't let Mt Bike trail comment scare u. Nice bike trail and has been extended south to Freeland. Great natural wetands as well as Dryden lake. A few areas are sod but brief. Don't plan to have access to restrooms with Covid. Bikers and hikers Labor Day but no horses.

If this trail was any more smooth it would be concrete. Northern most point has awesome waterfall and southern most connects with a waterfront paved trail which u shouldn't miss.

My first time on the trail going towards Forest City. Started at Fiddle Lake Rd. Went about 20 miles. The trail is clean and so many cool things to see along the way!

My first time on the trail going towards Forest City. Started at Fiddle Lake Rd. Went about 20 miles. The trail is clean and so many cool things to see along the way!

Kind of disappointing for a newbie

We read the reviews about the northern end of the trail not being finished, so we decided to start at Luciana Park, hoping to avoid any unkept areas. Luciana Park itself, is pretty bleak but at least you could park your vehicle safely and the trail starts off to the right, east of the beautiful Viaduct structure.

The northern part of the trail is obviously used by ATVs, so you'll do better with a mountain or gravel bike as it's rocky and loose in certain sections. On the bright side, the bridge crossings are new and quite pristine, making for great photo opportunities. The grade is a very gentle uphill, which made the thought of riding back very pleasant.

The most negative aspect of the trail is that it crosses a major trafficked road at least twice. This was very intimidating for our novice rider and we ended up turning around at the 2 or 3 mile mark, just barely scratching the surface of the 40 mile route. My wife didn't like that it was so desolate - but on the flip side, those looking for solitude will enjoy this area.

To be fair, my wife and I (who are more experienced mountain bikers) should probably start at Carbondale and work our way up the trail to give it a fair chance. But for the near future, we will try other trails in the area first.

Trail was nice, but needed more signage in Montour Falls to get back on the trail.. Started at Watkins and rode to the domes. It is a steady climb almost all the way. I would recommend starting at the domes and going into Watkins, that way it is an easier ride. Nice to ride in the shade!!

Nice trail, well maintained and peacefull. Parked a vehicle on the Huck Finn Rd. Traveled to Watkins Glenn (Clute Park) you can also park at the High School. The trail overall needs more signs. The trail once you leave Montour Falls, its an incline most of the trail to our end point. Suggest riding from Huck Finn Rd to Watkins, or ride from Watkins and decide when to ride back.