Looking for the best Dog Walking trails around Willmar? 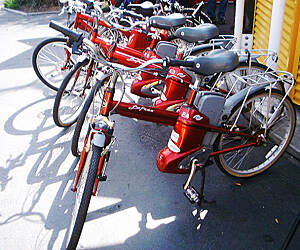 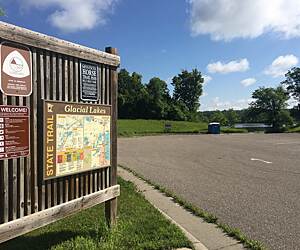 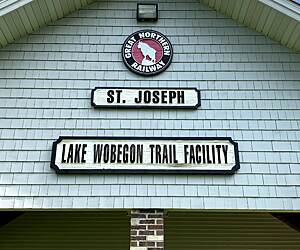 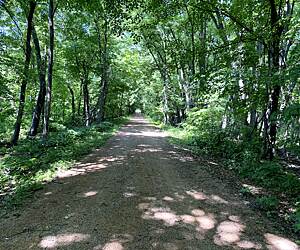 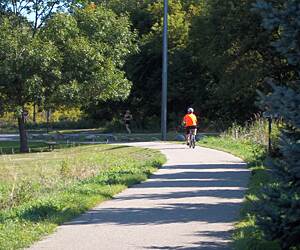 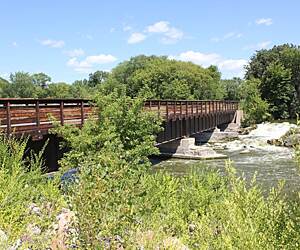 I've ridden this trail many times in the past. It's pretty much the same as most rail trails--flat & straight. This trail has quite a bit of open to the wind as well as sheltered mileage. You pass by some nice lakes but too much of it is too close to noisy, busy Hwy 23.

I've taken all the side routes also. This time I went clockwise around Lake Koronis starting at the Regional Park. There are some pretty steep hills and the routes aren't well marked. On the east side of the lake it's mostly roads.

The part I enjoyed the most was from Roscoe to Richmond which is separated from the Paynesville terminus by a few miles. But it was a pleasant surprise with lots of trees, fields, water but best of all away from Hwy 23. On the east side of Richmond towards Cold Spring it goes along noisy Hwy 23 again. There is the best trailhead in Richmond, most of the rest have almost nothing--maybe a porta potty but no water or shade.

I was pleased to ride the newly paved trail into Winsted. From there to the end of the pavement west of Hutchinson, it's 22 miles, so 44 miles round trip. Once you hit Hutch you can go about another 6 miles past some nice lakes & river water features. Also nice parks on west end of Hutch.

The scenery though is about the same start to finish except for Hutch. It's well shaded and flat. The only hill is a bridge over a busy highway. There are some corn/bean fields & lots of buckthorn, scrub trees and swamp.

One of my favorite trails.We have biked here multiple times and most part of the trail is flat which makes it easy to go with kids too.

July 2020 - Found the beginning of the trail off of 6th St. or Babcock Ave. near the Farmer's Coop. There is a very small grassy area to park near the Coop. We stopped to ask. Last section of the trail is now paved by the airport runway, which is currently getting paved itself. Enjoyed the ride from Winsted to Silver Lake. Appoximately 18 miles round trip. Biked through shaded areas and sunny areas in between farm fields.

Beautiful country side. However no shades and gets hot quickly.

Went to St. John’s University so this review 100% biased... but for great reasons! The views at this unique spot are absolutely incredible... over 60 miles of beauty. If you’re able to make it all the way to the end, you won’t be disappointed! Top 5 trails over 18+ miles. 1) Root River Trail 2) Paul Bunyan Trail 3) Cannon Valley Trail 4) Lake Wobagon

Not much to add to all the positive comments, except that it now goes into St. Cloud from St. Joseph. This short segment goes by an industrial/warehouse area, over a river bridge and then ends in an athletic field, across from a Kwik Trip.

The last time on it in Sept '19 there were a few new smooth sections but there are still way too many "washboard" sections. Upgrades are in order.

Open to the west of Winstead

Luce line is now paved from Cty Rd 1 in Winstead along the airport runway and reconnects to the existing trail.

Great ride out of St Joseph’s to Albany, pick up the Soo line and ride to the covered bridge. Round trip ride is right at 50 miles of fairly flat and straight, well maintained asphalt trail. Few road crossings and wide path in scenic farm country. Everything you would expect from a rural trail - but in great condition!

6-25-2019 trail west of Winstead getting thick, heavy asphalt resurfacing. Can't get past the heavy machinery just outside of town.

We ride the Lake Wobegone trail at least annually. This year we've been riding twice! We usually start in St. Joseph at the the trailhead, and bike to Albany, and then turn and ride to Holdingford. The trail and towns along the way have nice resting areas with bathrooms and drinking fountains to refill your water bottle. This route is very peaceful-small towns, lakes, and countryside. The Lake Wobegone trail also continues from Holdingford to Bowlus. At one point, the trail switches to the Soo Line trail. This route goes on to just north of Royalton. We've started at the Royalton (Soo Line) access off Highway 10 and ridden the trail in reverse. We've also been on the trail starting at Sauk Center and biked to Osakis where it links to the Central Lakes Trail. More beautiful views of Minnesota. Minnesota is not just the Land of 10,000 lakes, but the home of many great biketrails!!!

Trail is closed just north of Willmar - very soft trail at about 5 miles out. Trail from Spicer to Paynesville is great