Looking for the best Cross Country Skiing trails around Olivehurst? 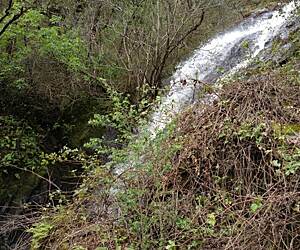 Hit this trail on a Saturday and started out from the car park at the dam. Our family of four cycled along the trail for just under 4 miles. Great lake views, smooth trail, and polite trail users. Good number of stopping places with lake views. Highly recommend.

Coming east from Discovery Park is not scenic

Review of the 1st 4 miles coming east from Discovery Park. All four of us started our from Discovery Park and headed east along the trail. The trail itself is very easy and the surface is very smooth. 99% of the faster cyclists were polite and gave us adequate warning of their presence. Alas the first few miles are not very scenic. A lot of litter on the sides of the trail and many tents. Not an area we'd care to cycle in again as a family at the current time.

Funtime with the family!

I would recommended it! Family friendly and parks along the way. Bring the dog the loved ones and enjoy the day!

Not much for recreation

Trail surface is good, but most of trail is amid homeless encampments with accompanying refuse. Most folk were friendly, but definitely not a scenic route.As previous reviewer stated, east end is very busy road with no bike lane or shoulder. Not for the faint of heart!

Definitely a cool trail. Goes over the freeway with its own bridge, shady, good path across town!

When you experience this trail you first need to realize it is actually about 37 miles long but is longer than that to Folsom or to Tahoe (Epic Trail System). That said, the El Dorado Trail is a "trifecta of trails" with rail, earthen trail and Class I bike path under construction. This is the goal of the entire corridor to the El Dorado County line BECAUSE it is the goal of the organization that manages it, the SPTC JPA.

The El Dorado Trail or Gem of the Western Sierras, is a rough, somewhat untamed trail testament to the folks who built it and many with legacy family members in the area. In fact, many with less than 75 years in the are do not know about the EDT. Come out and ride the rail now in Shingle Springs in the depot at Sam's Town Cyclery or rent bikes to ride the earthen trail. You can also ride the rail in El Dorado and soon they will have a Class I (ADA approved) bike path along with improved earthen trail.

The Placerville Trail (Missouri Flat to Camino) is great with some nice views and the tressle bridge over Weber Creek. However, watch out for cars and homeless in Placerville. Making way out of Placerville you can get to Camino with a little bit of a climb (estimate 600').

In the next few years projects will start to build the Class I trail next to the rail and hopefully we will see connects to Cameron Park, El Dorado Hills and Folsom.

Oh yeah, wildlife are plenty on the EDT having seen over the years many deer, fox, skunk and even a mountain lion!

Work in Progress and Gorgeous

Started 7:00am on trail and it was a challenge through some of the obstacles... freeway construction zone, Saturday Farmers Market, Gold Rush festival but that was the easy stuff. Problematic areas began after Missouri Flat Road / Walmart. Here the trail was either rocky, on an edge next to tracks or on the tracks. At least the worst was riding on tracks which is ok if you have good dual suspension and are dialed in. Views were awesome, no loose dogs, trails were challenging at times. We eventually abandoned the rails due to low air and low water I’d do it again but start in Camino and end in Walmart.

The main problem with the trail are the folks that cannot figure out the little stick figures (and text) painted on the pavement surface at most major crossings.

All the clues are there, but so many people don't seem to figure it out, so it is a bit annoying to have to go around them as they walk towards you on the trail.

I hope this helps.

I am new to the Yuba City area and found this trail. It was not far and even though it was a Sunday it was pretty quiet. It is a good short trail with a great view.

Possibly the best trail in Sacramento - if you don't get lost!

The Traillink information is a little dated. The official Folsom site lists this trail as being 50 miles long, which is accurate but misleading. There are at least 50 miles of trails but it's a bunch of interconnected short trails and not one long route.

These trails are the craziest maze of paved trails I've ever been on. There are very few signs telling you where you are or which way to travel to get to a particular section or street, so if you decide to ride this trail take your GPS with you and a copy of the bike trail map or you will get lost. I took my family during the summer of 2017. We had a GPS and a printed map and we still took several wrong turns.

Even though you're probably going to get lost, it's well worth the trip. The trail meanders through apartment complexes from time to time, but you're generally surrounded by great scenery. We passed several ponds and creeks, and crossed over several scenic bridges. Folsom is a bike friendly community, and is safe enough that we weren't nervous after dark. If you can figure out where you are, there are plenty of places near the trail to get a meal. We found a few restrooms along our route and used the GPS to find food. Restaurants with outdoor tables and bike racks are a common sight in Folsom.

There aren't any towering hill climbs, but there were a few segments that were steep enough that I had to tow my five year old. If you're traveling with toddlers you should talk to a local bike shop to find an easy section. We didn't encounter anything that our nine year old couldn't handle.

I live near Discovery park, which is where the American River / Jedediah Smith bike trail starts. That trail connects to this trail system somewhere around mile marker 25. I usually pedal from Discovery park with my kids, so I don't think I've pedaled more than half of what's currently available in this trail system. As a result I can't vouch for every inch of it. However, the sections I have traveled are good enough that I would not hesitate to drive for three hours to come ride this trail if I wasn't local.

Not worth the effort yet

I tried this with my young kids in 2016. We started in Discovery park on the Jedediah Smith (American River Bike trail) , biked down to old Sac on the Sacramento River Bike Trail where we had some ice cream cones, and on the way back to Discovery park we decided to take this trail to 12th street, take the 12th street bridge (N Sacramento FWY) over to Northgate blvd and get back on to the Jedediah Smith trail.

The trail itself is in good condition and connects up to several other glorious area trails. It's paved the whole way with a few dirt spurs that go down to the river's edge and fairly open.

I don't know where the photo that's featured for this trail was taken as I didn't see anything remotely similar on our route. There were a lot of homeless folks camped out along the route, and very few of the regular bikers and hikers that you normally see on the other trails. Getting off on 12th street was hair raising with little kids in tow, and there isn't a connector to put you back on the American River bike trail on the other side of the bridge, so if you don't know where you're going you might get lost and end up in a homeless camp.

If you're with a few buddies and it's still broad daylight, then it might be worth doing. Unfortunately, the trail gets very little traffic right now (so the police rarely patrol it) and it really doesn't go anywhere. If they ever build the trail out to the University it will might probably become a great trail. As of spring 2018 it's really not worth riding this trail even if you live here.