Looking for the best Birding trails around Taft? 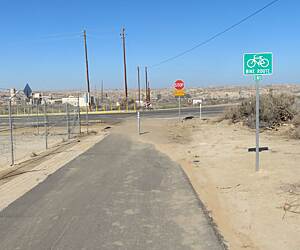 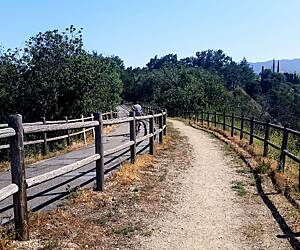 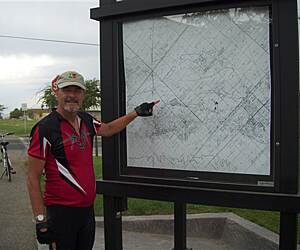 Nice Way to Get to Ojai

I started at the Foster Park trailhead. At least on a Wednesday afternoon there was plenty of parking under the bridge just before you get to the trailhead. I was on an ebike and it was an easy uphill cruise, with a gentle slope, all the way to Ojai. When reaching Ojai I would recommend turning around at Montgomery Street. Trail gets pretty junky for the few hundred yards after that. Few

Great for kids too!

I did this ride with my girls, 14 and 10 years of age, —very doable. The incline is slow and gradual so it’s easy to take in the beautiful scenery around. We enjoyed it.

I walk this path every day. There are two new sections, one at each end so it's much longer than the 1.4. I would like to know the distance myself. There are water fountains that include dog basins. It a nice pleasant walk. Many people bike and or run.

Way back in June of 1998, the Los Angeles Times had an article entitled "Joy Rides - 10 scenic bike trails for real people." Coming in at #8 was "The Milk Run." It was a 16 mile round trip through the Ojai Valley starting at Foster Park. Being the real people that we are, my wife and I rode it a year or two later during a vacation to Ventura.
Today that trail is known as the Ojai Valley Trail, and from the photos on the Rails to Trails site it looks just as beautiful as twenty years ago and appears to have had some nice upgrades added too.
I recall lots of trees, a rural atmosphere, a gentle incline, and being able to pretty much coast much of the way back to Foster Park!
(BTW: I've racked my brain and done some research, but I can't remember or find why it was referred to as The Milk Run)

We live in Ventura and ride this trail at least once a month. It is always fun and a great ride. Even in the heat of the summer if you start early in the morning you can ride up to Ojai have breakfast in one of the many great places to eat then be going back down the trail in the shade with the coastal breeze in your face and dropping almost 20 degrees by the time you get back to Ventura.

a treat of a ride

beautify scenery with some hills. portions of the trail there are stop signs and a few roads to go over, slight up hill to Ojai from Ventura, ends a Libby Park. a great ride back, there are some bumps as the tree roots cause the paved path to shifts. a must ride.