Looking for the best Hiking trails around Victorville? 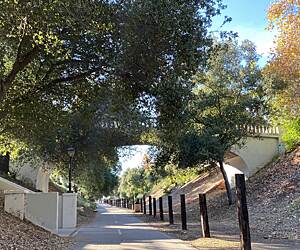 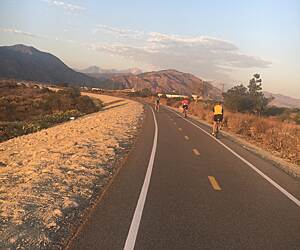 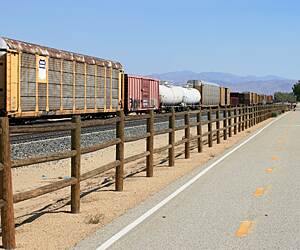 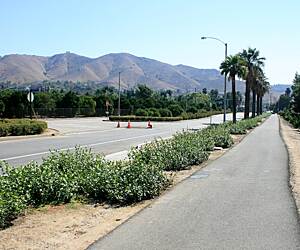 I absolutely LOVE this trail, BUT...

I absolutely love walking on the Pacific electric trail. I am on it several times a week.
BUT there are no restroom facilities! The only one is at the trail hub....and that's it! What are we suppose to do? Not drink water while exercise? Pee in a bush on the side of the trail? There absolutely NEEDS to be restroom facilities along the trail.

One of my favorite trails

This is definitely one of my favorite trails. It’s well maintained, safe and easy to park.

Great trail to ride to the beach. I only rode on the 14 mile stretch from Amtrak Anaheim station to the beach but the trail was awesome Great surface to ride, parks and brides along the way many on and off access . but continuing trail with no autos to worry about.

e-Bikes on the SART

A friend and I both have new e-Bikes. Both are city urban commuter type bikes and both of us over sixty-five. We used to ride years ago but for various reasons we stopped. Now we’re back on the road enjoying a lovely trail with wonderful sights. There are little parks and kiddy play areas along the way. We only managed nearly half this time around with a plan to finish the second half in the near future.

It's been a few years since my wife and I biked this path, but I always think about it this time of year whenever I smell the orange blossoms in my southern California neighborhood.
This is most certainly a slow, easy, ideal ride for a spring day. It's not too hot yet, the narrow path passes by some stately historic homes, and the aroma of the orange blossoms are absolutely intoxicating!
Consider leaving the path on the way back and riding up one of the side streets through the groves.

I first rode this trail over forty years ago when it was one of the first Class I trails in southern California, and I must say it was so cool to go from the Inland Empire all the way to the OC beaches! In recent years I've also ridden the upper portion which is a completely different experience but still worthwhile. The lower portion is nice and flat with cool ocean breezes, while the upper portion is hilly in places and much warmer in the summer. Lower: 5 stars. Upper: 3 stars.

The Good, The Bad and The Ugly

As a lifelong resident of the Inland Empire and a Rancho Cucamonga homeowner, I've ridden this trail dozens of times over the years. It's extremely popular with locals and families for bicycling, walking, and jogging. For an urban area it has a great deal of good things going for it. There are also some not so great things.

THE GOOD: Off street, Class I trail following along the historic route of the extinct Pacific Electric Rail Line; some pretty views of the San Gabriel Mountains; historic, one hundred year old homes near downtown Upland; riding between Base Line Road in Fontana to Route 66 in Rancho Cucamonga.

THE BAD: The trail is frequently intersected by major thoroughfares and other streets so there are lots of stops and starts; you're essentially riding your bike between the block walled backyards of neighborhoods for much of the time or behind businesses; going uphill between Route 66 and Base Line Road in Rancho Cucamonga (according to my wife); downtown Fontana homeless.

THE UGLY: When heading west, don't bother going beyond Euclid Avenue in Upland since for the most part there's nothing but some sketchy apartments, warehouses, and industrial complexes the rest of the way.

CONCLUSION: I've traveled thousands of miles in the United States to ride my bike on beautiful, historic, once in a lifetime, bucket list worthy trails. This ain't one of 'em. As a Rancho Cucamonga resident I was excited when they constructed this since it's great, local urban bike riding, and an opportunity for walkers to get in their ten thousand steps or joggers their miles. However, don't plan a big vacation around this one (unless you're coming to visit friends or family and you need to get a bit of exercise).
Looking through the preceding 47 reviews, a title from May of 2013 sums this trail up best: "Better Than Riding a Stationary Bike".

CONSIDER: Just west of Vineyard Avenue in Rancho Cucamonga is a connecting trail called Cucamonga Creek Trail which goes north about six miles into the foothills of Rancho Cucamonga. It's a Class I asphalt trail, and the first few miles are moderately difficult and not especially well maintained, but the last few miles travel diagonally across the foothills and are easy and well maintained as you travel through neighborhoods of million dollar homes and ranches full of horses. Eventually you get to the crown jewel park in our city, Heritage Park, where you can enjoy valley and mountain views and have a picnic lunch. (I've taken my kids when they were little and my 10 year old granddaughter in recent years up this trail). Best of all, you can coast almost all the way back to the Pacific Electric Trail!

I usually stay in Rancho. I'm still trying to get in shape lol. The ride towards Fontana is horribly bumpy. But I like it better than the trail to Claremont. Only because coming back is more uphill. I haven't ventured outside Rancho or Upland. The trail is definitely not set up right for any kind of riding. It should have been laid down with no separation cracks. I heard Claremont is not this way??

This trail is pretty good from rialto to rancho but from upland to Montclair it's not that good. The trail is fairly easy and clean with OK scenic view. But there are quite a few breaks on the trail which one might find a little annoying.

All homeless gone! Rode to beach twice last week from Orange! We enjoy this trail!