Looking for the best Dog Walking trails around Onekama? 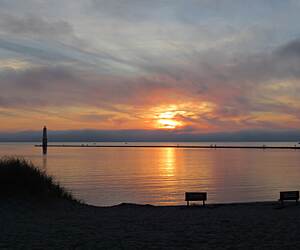 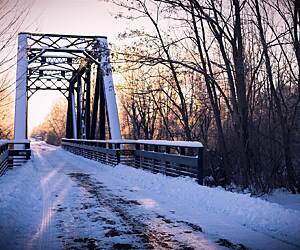 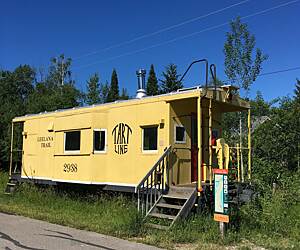 This is the nicest trail I have ridden. The surface is smooth. The terrain varies between woods and farmlands. There are many stops along the way with an added bonus of the "Creamery" right along the trail. It goes through communities where are you can stop at various restaurants , bars or stores. A must ride

We rode one way and stayed at the hotel at the end. Had breakfast and rode back to Trailhead in Whitehall. Be sure to stop at the Creamery for refreshment along the way. Can’t wait to go again next year.

Started in Whitehall and jumped right on the trail. It is one of the smoothest trails I have been on, with long stretches without cross streets. It moves from wetlands to prairies, to farm fields to orchards to woodlands, and there are benches and picnic tables all along the way.

This lushy path is just stunning. Trees cover post of the path and the views of the forest are so engaging. I saw multiple wild life along the way. Traffic roads passings are easy. Most of the path you’ll inhale a fresh breeze. There are benches along the way for you to stop and admire the forests. The passing by Shelby was the only unattractive view but heading up towards hart is worth the 4 miles you’ll peddle to get to the last part of the trail. Also, that Dairy Farm mentioned on other reviews is sooo worth the stop. Had their bagel which was to die for. All store made produce & their chocolate milk!

Incorporate a Winery Visit into the Ride

We parked our car on the roadside, near Shady Lane Winery, on Shady Lane Road( off of M 22). We rode into Suttons Bay and enjoyed the shops and lunch. You can ride back through the beautiful countryside and then go to the Shady Lane Cellars. The winery is gorgeous and welcomes cyclists.

This trail lived up to all expectations. It’s a really sweet ride and you should put it on your to do list as soon as possible.

My favorite is the non paved section between Sand Lake and Big Rapids. Very unpopular section for most cyclist and families. That’s why it is very quiet. Don’t have to deal with walkers or bikers taking over the trail walking or biking multiple people across. I ride it few times a week.

First off, the hills and grades were no big deal. The trail had beautiful scenery and is probably the best maintained trail in Michigan. Definitely worth coming back to ride again and again. However, would it be too much to ask to spray paint trail turns on the asphalt, especially in the Glen Arbor area. Since many of the signs are obscured or missing altogether, it would be very helpful if the tarmac was marked. I plan to come back once the pending trail extensions are completed.

As advertised, the surface of this trail is silky smooth, except for the short segment in Montague. I road the full length of the trail and returned. It is a mostly shaded ride with many wooded sections and decent scenery along the way. The trail has very few active road crossings even in the towns of Shelby and New Era. Montague at the southern end is a pretty community on White Lake. There is a slight, but noticeable grade to the trail favoring southbound riders.

Moved to Rockford because I wanted access to the White Pine Trail system. The trail is incredibly rough, especially for road bikes. The sections just north of Rockford after clearing the newly paved area are dangerous. I recently hit one bumpy series of ridges, and it instantly blew my front tire and I crashed. Additionally, the trail looks like a war zone with all the trees that have been uprooted and fallen across it from Rockford pretty much all the way up to Sand Lake. The windy conditions are not just a night time occurrence and it is just a matter of time before a tree falls and causes injury or worse to people during daytime hours when so many of us are on the trail. There needs to be a robust clearing of those trees that get uprooted so easily right on the trail. Finally, the ability to see at some of the road crossings is really limited and cyclists nearly have to get out into the roads before being able to see if cars are coming, and cars likely can't see the cyclists either because there is very little trimming of the heavy growth of vegetation. It's disappointing that a trail system that gets so much use, and that is one of the highlights that Rockford business people use as a selling point to attract residents, has not been maintained at a better level. I understand there are different townships the trail passes through, but the Rockford area (both north and south) is getting too rough and needs a great deal of work. There are rough spots all the way from 5/3 Stadium to Sand Lake that also need attention. What could be an outstanding trail has fallen into a state of disrepair in multiple places. Thank you.

I rode this very nice trail starting in Comstock Park going north. From there to Sand Lake, the trail is a very nice one to ride: gently uphill, some small towns, smooth asphalt, and spots to rest. However, north of Sand Lake, the trail turns from asphalt to a gravel two-track, and sometimes just a one-track. It is a rough ride that a road-biker would not enjoy. It's a shame that this part hasn't been improved since it is a Michigan State Park. That's why I only give it 3 stars.

Good trail, we made the part along the lake with kids. The trail is too closed to the busy road, so it is noisy and dangerous with the young kids.