Looking for the best Running trails around Wapakoneta? 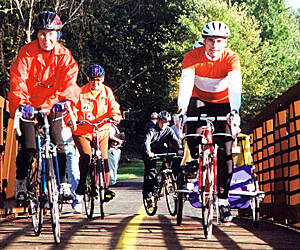 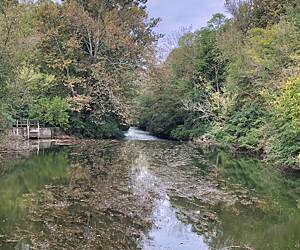 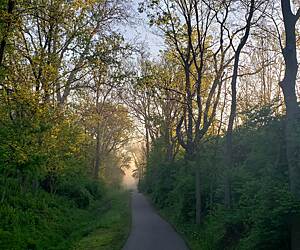 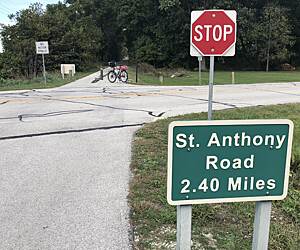 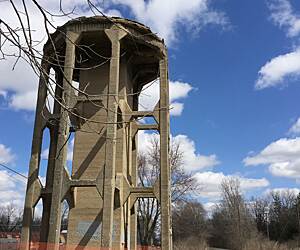 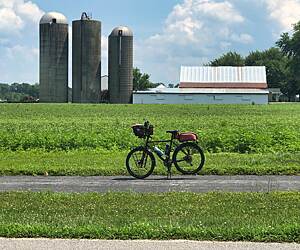 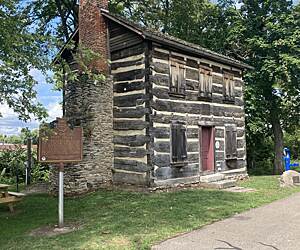 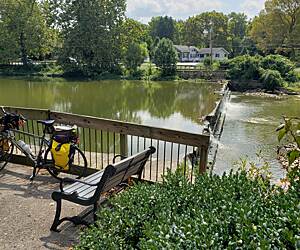 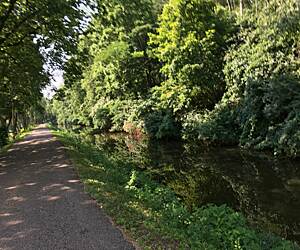 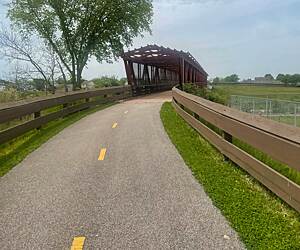 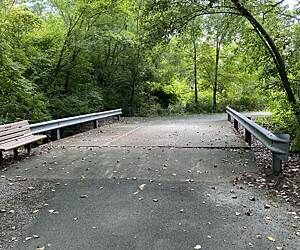 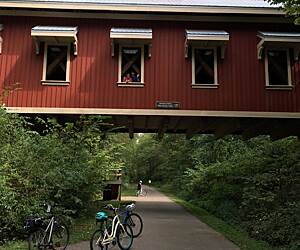 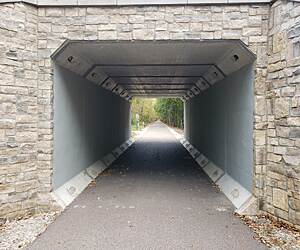 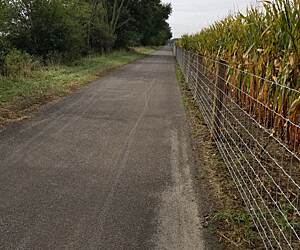 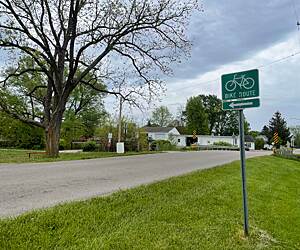 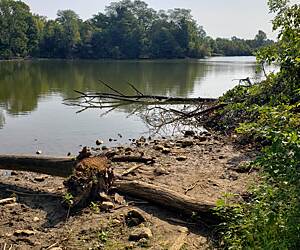 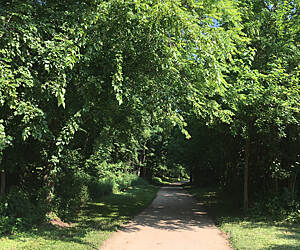 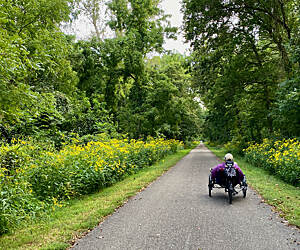 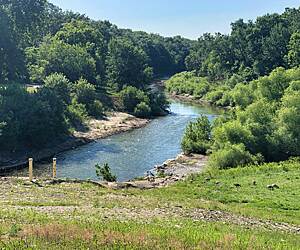 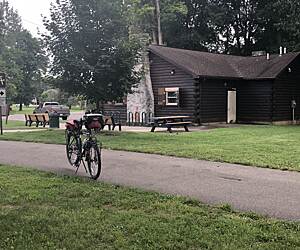 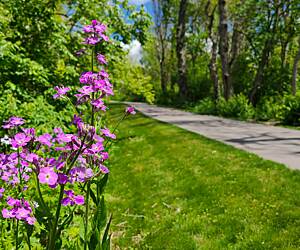 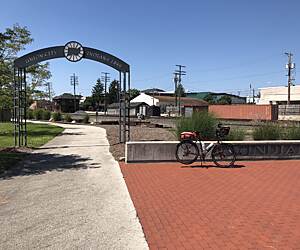 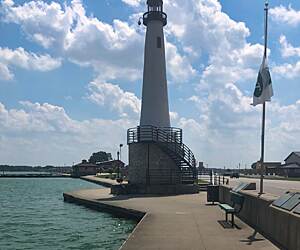 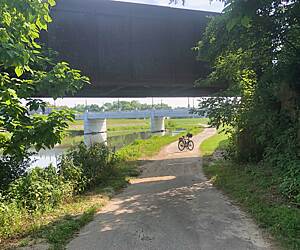 I tried to ride from New Bremen to St. Mary’s. I read some reviews, but it wasn’t clear. I also talked via phone to someone who lives in New Bremen and he encouraged me to take the path. Well, 1 mile north of town it was just tall thick grass. Had to do a detour on busy roads

It was shady, somewhat protected from the wind, well maintained. Just a good, basic rail-trail.

I made the trek up from the Columbus area today to check out the Marion Tallgrass Trail. It's just over 12 miles long, and almost as straight as an arrow. For the first couple miles you are by farm fields, but there is at least a little bit of woods for most of the remaining 10 miles.

It's a tough call between 4 and 5 stars. Let's start with the positives. The woods make it peaceful, and shaded. And there is a lot of wildlife, especially for a trail that isn't exactly in the middle of a forest. I saw quite a few deer, a rabbits, squirrels, and a medium-large bird which walked (not flew) away from me; my best guess is it may have been a pheasant. There's more wildlife as you go west; this time of year may also be near peak wildlife season, shortly before the major hunting seasons begin. And best of all, the wildlife I encountered did not include the swarms of mosquitoes others mentioned (I visited in mid-October, on a day with a high in the low 60s).

On the not-quite-five-star side, are that it can be pretty windy (especially near the windmills on the east side; who'd have thought they'd put windmills in a windy place?), there are some bumps between miles 4 and 5 that could use smoothing out, and that aside from the wildlife, it's not an especially scenic trail. Oh, and the farm around mile 6 that uses natural fertilizer; it has usurped first place for worst-smelling place I've been by on a bike trail.

Comparing the level of scenicness to other regional trails, I'd put it ahead of the Heritage Trail in Hilliard, slightly behind the Richland County B&O Trail, and behind the Alum Creek Trail in Columbus, which despite being in a city is for the most part a very scenic trail.

Facilities are somewhat improved from what is on the TrailLink map; there is also a port-a-john around mile 8 (I didn't note the exact location), and there's a water fountain at the eastern trailhead (mile zero; I didn't verify that it is functional). The official site also lists parking at mile 8.4 (probably the same park area with the port-a-john), 1.75 (an ODNR grassy lot), and at the Espyville Baptist Church by mile 3.7, when church is not in session.

The other thing that's a bit odd about the trail is that it currently doesn't connect any population centers, despite its 12+ mile length. There are some dwellings nearby, but unless you're one of the few dozen people who live nearby (mostly in a trailer park around mile 5), you have to drive to the trail. Looking at a map, it's easy to see that the reason it can't easily be extended east is that there's an active rail yard to the east. Still, figuring out a way to extend it into Marion (population 35,000) would likely improve its visibility to a lot of people, and significantly increase ridership; it would also encourage out-of-towners like myself to stop in Marion.

I parked at the train station in Trotwood and rode north west to the end of the trail in Verona and back. Trail is in good condition with places to take a break. The trail goes through the country and is very scenic. If you’re looking for a nice easy enjoyable ride this is it.

I ride the southern segments regularly. A good mix of small towns, urban, and scenic areas. The section along the canal to Rentchler forest is one of my favorites. Hopefully, construction on the Third Street Bridge in downtown Dayton will be finished soon, as the trail is closed on both sides of the river.

shady on a sunny day

Did a 50 mile out and back from trailhead start off highway 32. I’d say 80% in the shade even in the heat of the day. A few places to get water. Lots of places to eat right off the trail. Pretty easy to ride hard, not a lot of traffic. I’m not a big trail rider but this one is pretty good.

A Well Kept Trail That is a Community Asset

The Jim Simmons Memorial Trail in Marysville, Ohio is a recreational greenway that traverses park land along Mill Creek which connects to different streets in a large residential area of the city. It also connects the neighborhood with Marysville High School. There is a large bridge that crosses over US-36 that enables students to access the Marysville High School campus. This local paved recreational/commuter trail is in very good shape. If I were a Marysville resident I would like to see this route extended just a bit further east along Mill Creek from Schwartzkopf Park in order to connect to McCarthy Park. The Marysville Disc Golf Course is found in Mill Valley Park. Look for disc golf "holes" on both sides of the trail in that area.. Also look for the bald eagles' nest around mile marker 2.75.

This trail is very nice for a local recreational/commuting trail, and although it is not a rail trail, it is a trail that would be worthwhile checking out if you are in the Marysville area.

My wife and I did the section from Middletown to Miamisburg today. Parked at Carmody Road lot and traveled to downtown Miamisburg. Total time was 5 hours, however this includes a lunch break, sightseeing in Miamisburg and a historic log cabin. Scenic and well maintained we highly recommend this trail! Plenty to discover and enjoy!

I love this trail, but it is inundated with ATVs and dirt bikes. I’ve stopped walking it because it. Almost been hit several times now.

Really enjoyed the variety of scenery as well as different riding types along this trail, overall it was in pretty good condition! Will definitely ride this again!

We are both new to this app and some of the trail riding. We both really enjoyed this trail as a nice mixture of scenery and riding types. Trail could use some minor maintenance.

Rode 16 miles of this trail. My only suggestion would be to add more signs so first timers like me don’t get lost.